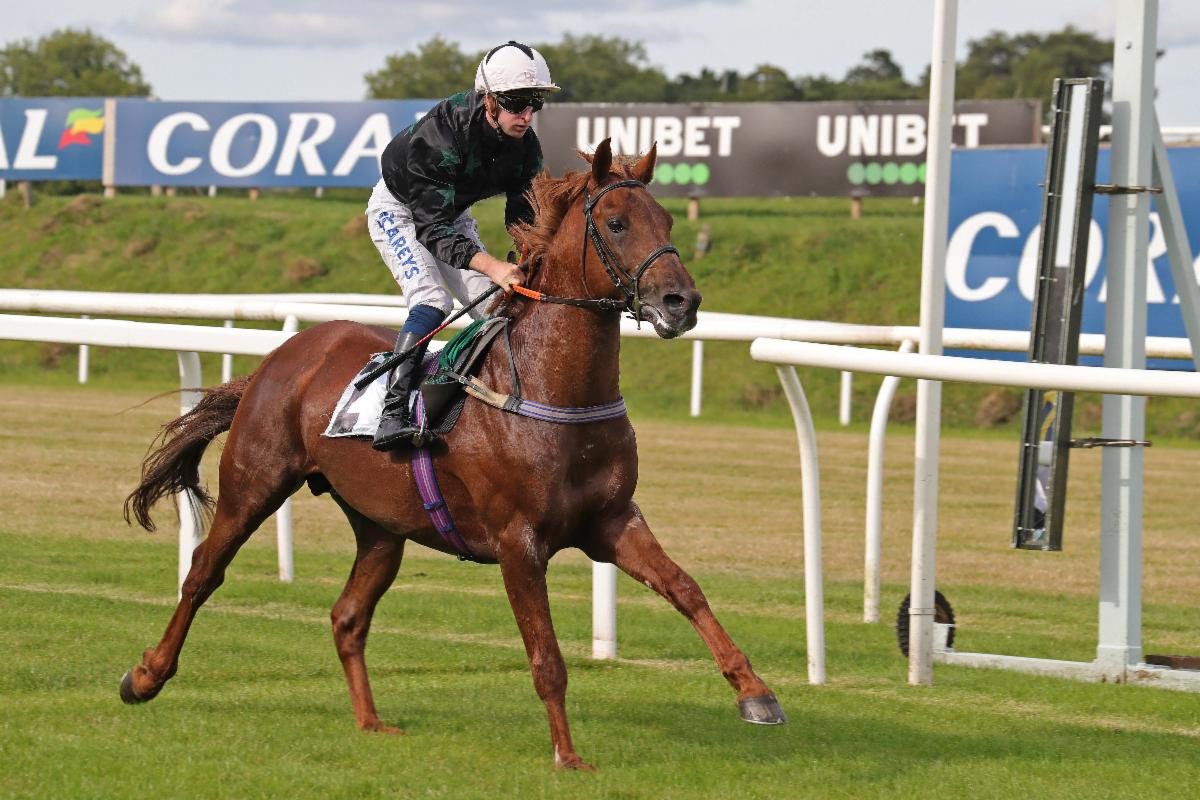 The Arabian Racing Organisation (ARO) made their first trip to Chepstow today for the Wathba Stallions Cup (0-65) Handicap over a mile in which Zayin Zyperion showed he was back to form when winning by two and a half lengths. The homebred of Zayin Arabians, trained by Peter Hammersley, was a comfortable winner from Mohamed Sultan Alajmi owned Sattam, with Steve Blackwell’s consistent Aljawaaher a further length away in third.

Partnered by Joey Haynes who had won on the seven-year-old at Wolverhampton over the same trip last year, Zayin Zyperion tracked the leading pair of Callymay and Heritage Valentino. They were perfectly poised to take over from Sattam who had taken up the lead after four furlongs, but he was no match for Zayin Zyperion.

Zayin Arabians’ Paul Simmons was delighted with his homebred saying: “He was a bit disappointing at Windsor, he blew a lot after the race. He’s quite a stuffy horse first time out, but we were confident coming into it today , Pete said he’d been working well at home and he was on his toes in the parade ring. I wasn’t sure he’d handle the firm ground and I was a bit worried he’d gone to the front too soon, as he’d been tracking Sattam who was the main danger, but he stayed on really well.

Haynes said: “I was confident if he could reproduce his winning form from Wolverhampton last year he’d go very close today. He’s travelled beautifully, he’s handled the track and the ground well, I’ve almost got there a little bit too soon, but he’s stayed on nicely through the line.”

Lara Sawaya, Executive Director of the HH Sheikh Mansoor Bin Zayed Al Nahyan Racing Festival, said: “The Sheikh Mansoor Festival congratulate the winners today. The Wathba Stallions Cup series aims to support our grassroots participants and we are delighted that Zayin Zyperion was homebred winner, which is exactly the type of horse this series aims to promote.”

Bill Smith, ARO Director commented: “ARO congratulates all Paul, Joey, Pete and as his team for their win with Zayin Zyperion who looked to be in command of the race early on and won easily. We’re delighted that the race took place in front of such a large crowd of well over 7,000 introducing the sport to many new people, who clearly enjoyed watching the race and cheered the winner enthusiastically.

Concluding he said: “ARO is most grateful for the continued sponsorship by the Sheikh Mansoor Festival and we also thank the British Horseracing Authority and all the staff at Chepstow racecourse for their assistance with our racing.”