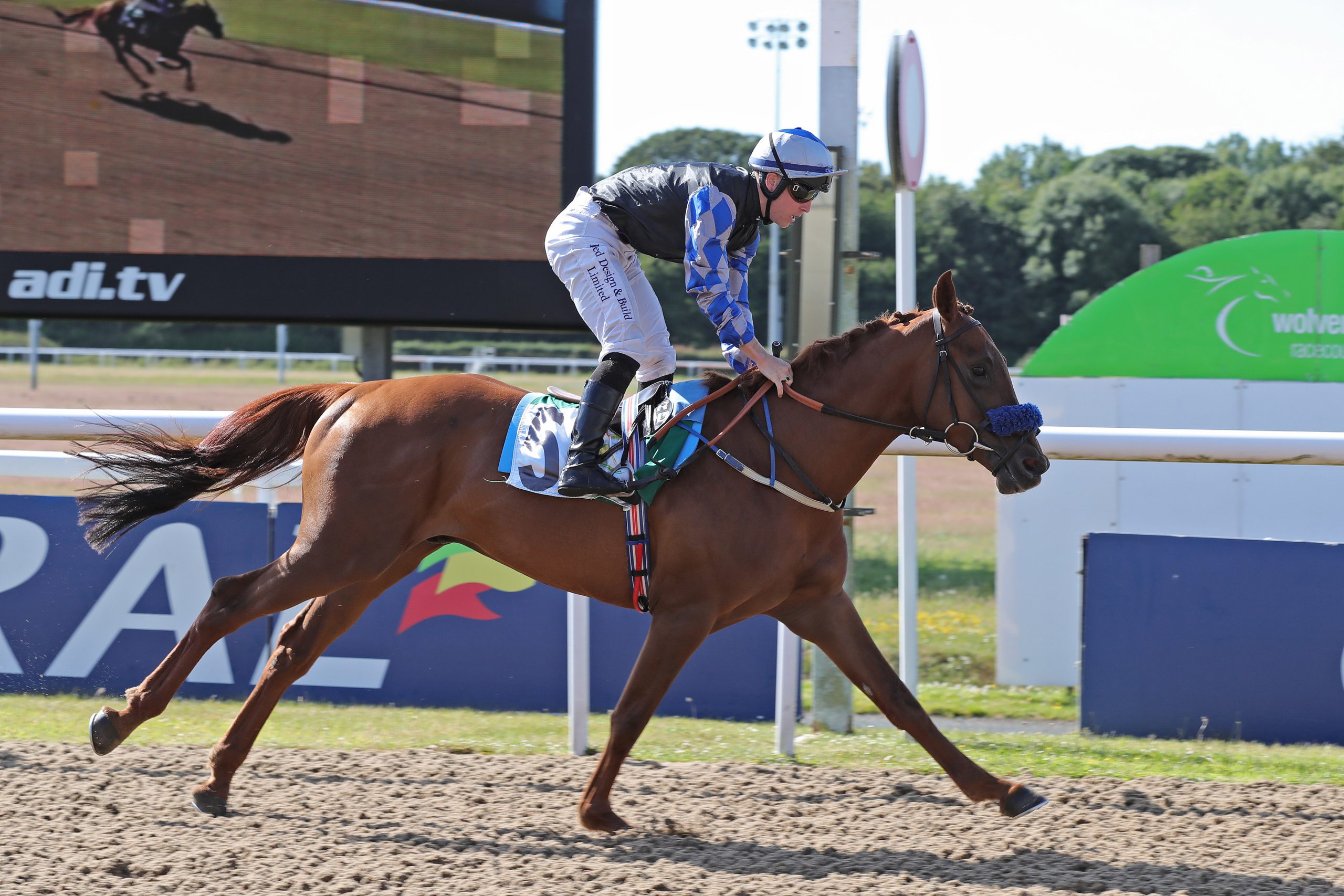 Athbah Racing’s Kafou Athbah won at the third time of asking this afternoon when he was a clear winner of the wathbastallions.com maiden stakes over nine and a half furlongs at Wolverhampton. Ridden by Ray Dawson, the three-year-old colt stayed on well in the home straight to draw clear of long-time leader Al Mahbooba by a length and a half, with stablemate Lujain a further seven and a half lengths back in third.

Trainer Phil Collington, who had three runners in the race was delighted with Kafou Athbah and Lujain saying:”He’s so game, he really stuck his head down. The leader Al Mahbooba set a decent gallop and quicken off of that, so he had to chase her hard, but once he got on top, he proved he stays well too. He could go to Doncaster, but we’ll have to see what mark he gets.

“One thing we were worried about with Lujain was the surface, Molly Presland who has ridden her both times wasn’t sure she enjoyed the kickback and maybe she’s just going to be better on turf. Her dam certainly was and she’s got a beautiful action. She could go back to Windsor, or she might have a break now.”

After the race Dawson commented: “This is my first Arabian winner in the UK. I rode Kafou Athbah first-time out here and he’s a really honest little horse. Arabians have a reputation for being a bit tricky but he’s very genuine and I think stepping up in trip helped him today, he should win plenty of races.”

Dawson who had spent last winter in Dubai said of that experience: “I had a really good season with Ahmad bin Harmash and rode plenty of Arabians for other trainers, I’m really looking forward to going back next season.”

Lara Sawaya, Executive Director of the HH Sheikh Mansoor Bin Zayed Al Nahyan Racing Festival, said: “The Festival is delighted to support a race with these exciting young horses at the start of their careers and we congratulate the Athbah Racing team today.”

Genny Haynes, ARO Chief Executive Officer commented: “ARO warmly congratulates Athbah Racing, Phil and his team on their win and look forward to seeing how all these well-bred horses will progress throughout this season. Phil has had a great record with his runners making a good start in the UK before going on to better things in the UAE and with Kafou Athbah only being three he could follow the same career path as horses like UAE Arabian Derby winner Dergham Athbah.”

Concluding she said: “ARO is most grateful for the continued sponsorship by the Sheikh Mansoor Festival, and we also thank the British Horseracing Authority and all the staff at Wolverhampton racecourse for their assistance with our racing.”