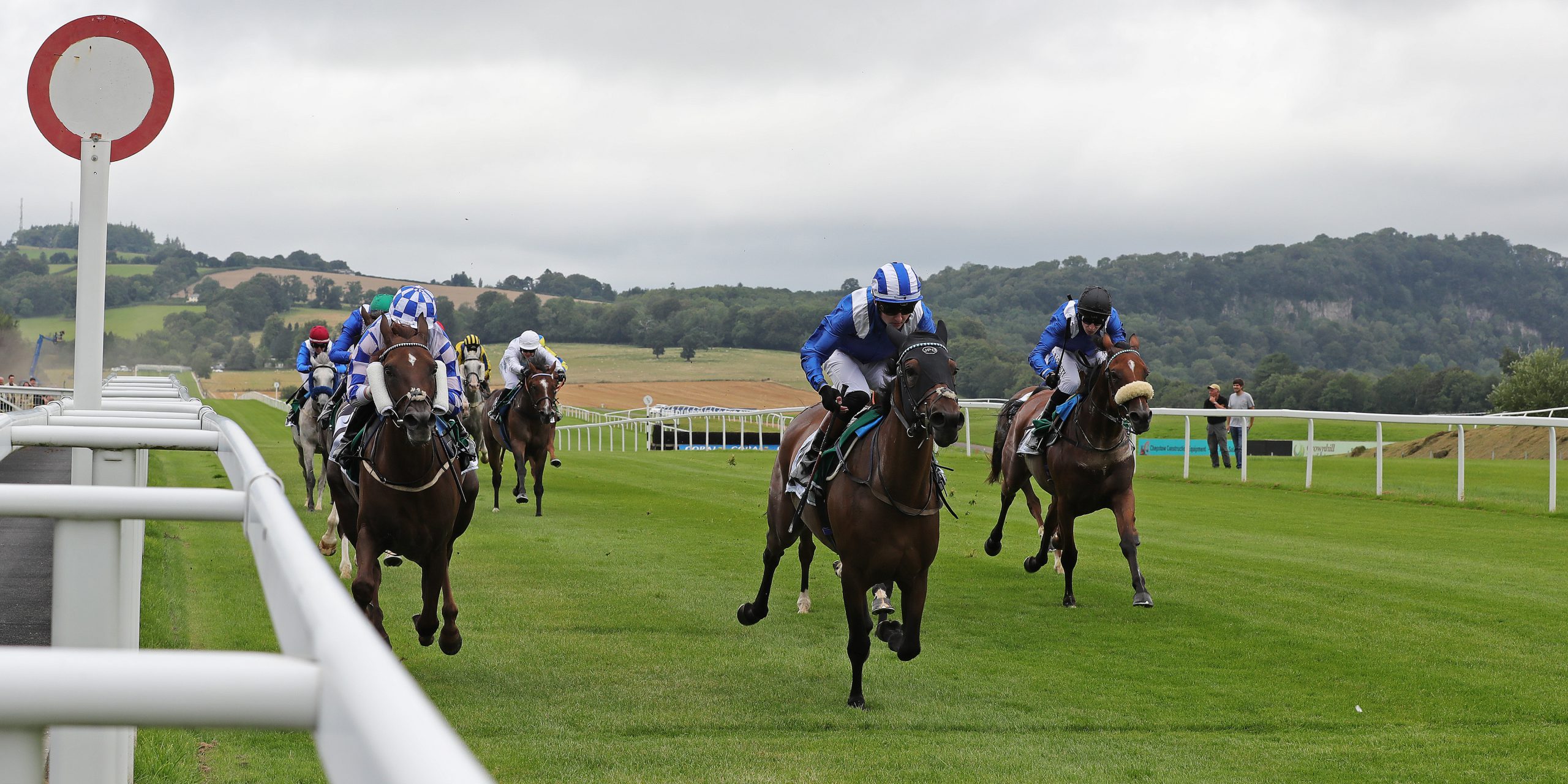 Shadwell Estates homebred filly Mazyoonah secured a second Wathba Stallions Cup of the season with win at Chepstow over a mile today. Trained by James Owen and ridden by Adam Farragher, the six-year-old mare finished half a length ahead of Awtaar, with Al-Tabari a further length and a quarter behind in third.

Farragher, who was recording his first win in the Shadwell colours and on his debut ride on an Arabian said: “I thought they went very hard in front, Mr Owen told me to take my time and get her to come through horses. Every time I asked her, she was finding plenty and I knew as soon as I got a bit of daylight I was going to catch the second. It’s my first win on an Arabian and certainly wouldn’t mind riding a few more like her.”

Owen was delighted with the winner saying: “She appreciated the drop in grade and I’m pleased for Adam, as he’s not ridden Arabians before. He gave her a really good ride and followed my instructions to the letter, he’s definitely got a bright future. I’m also pleased with Awtaar’s first run for Blackrock Racing in finishing second, it’s their first Arabian and she’ll head to the Derby now.”

This was the last of the five Wathba Stallions Cup sponsored races held under Arabian Racing Organisation (ARO) rules in the UK this year. The series was held as part of the global HH Sheikh Mansoor bin Zayed Al Nahyan Racing Festival programme of races, supported by Wathba Stallions, the breeding arm in the UAE and France, of HH Sheikh Mansoor bin Zayed Al Nahyan, Deputy Prime Minister and Minister for Presidential Affairs, who is also Chairman of the Emirates Arabian Horse Association.

Genny Haynes, ARO Commercial and Finance Director said: “ARO congratulates Shadwell Estates and the James Owen team on their win today with Mazyoonah. ARO is extremely grateful for the continued support of the HH Sheikh Mansoor bin Zayed Al Nahyan Racing Festival and we now look forward to their HH Sheikh Fatima bint Mubarak Cup (Gr3PA) to be run over a mile at Haydock Park on September 4th.”

“We also thank the British Horseracing Authority and Chepstow racecourse for their support of our racing this season.”