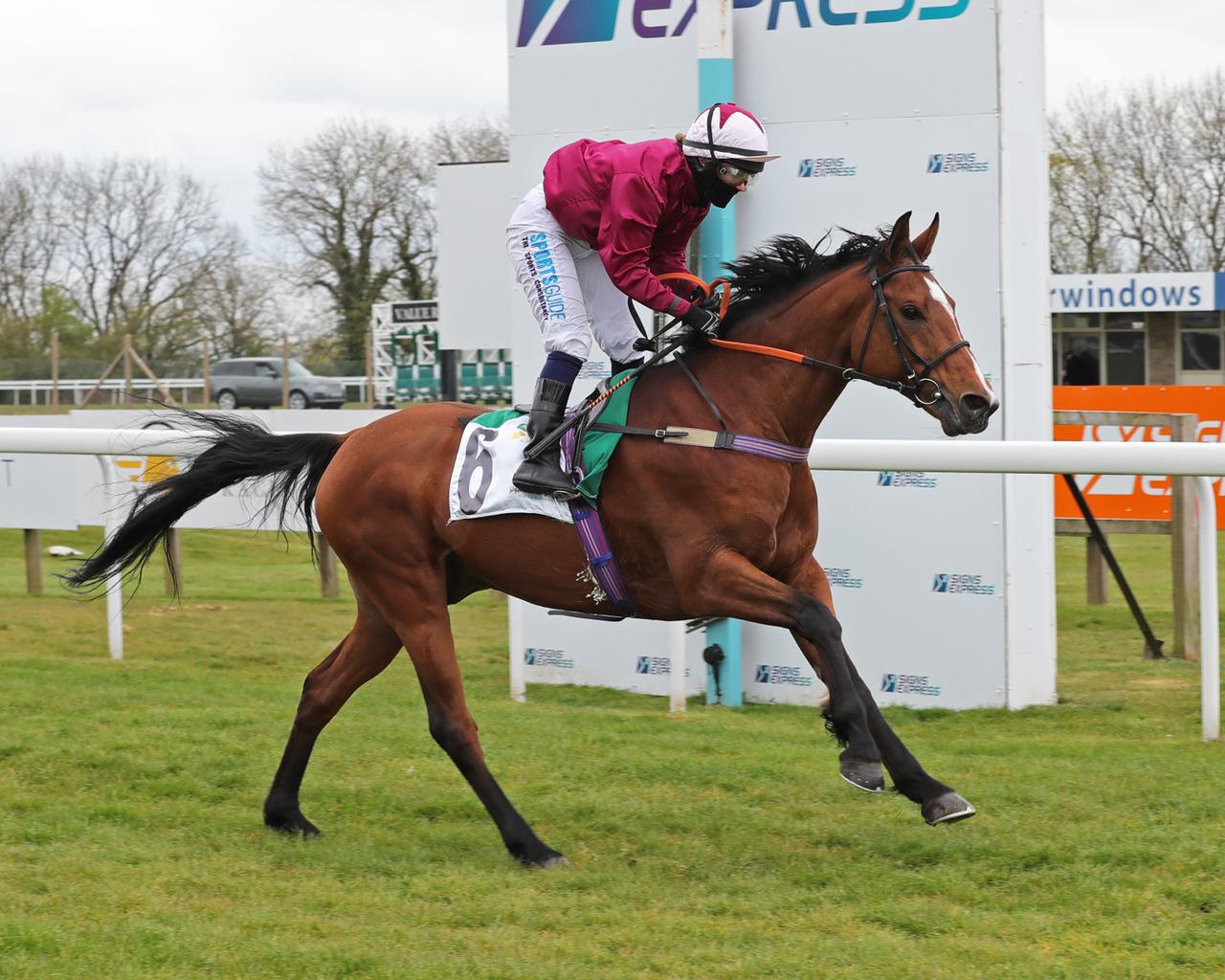 It was a successful return to Turf for Bin Al Reeh in the Wathbastallions.com (0-70) Handicap at Bath this afternoon in the second race of the new Arabian Racing Organisation (ARO) season. The Pete Hammersley trained seven-year-old had been campaigned entirely on the All Weather the previous season due to the limited opportunities brought about by Covid19. Ridden by Sophie Ralston for HH Sheikha Maryam bint Maktoum Al Maktoum, Bin Al Reeh finished a length and a half clear of Jamaraat, with Hammerlsey’s other runner, Zayin Zyperion a further nine-and-a half-lengths in third.

The one-mile race had attracted eight runners and was held as part of the HH Sheikh Mansoor bin Zayed Al Nahyan Racing Festival. In previous years the Festival included a lady riders’ series in which Ralston had ridden on several occasions representing Ireland. Ralston commented: “I couldn’t hear because of the strong winds where the other horses were, but he told me because every time one came near to us, as he picked up again. I’ve travelled all over the world riding Arabians and this is my first winner.”

Hammersley was delighted with both his horses saying: “I’ve said before that I didn’t think Wolverhampton suited Bin Al Reeh and running back on the Turf he proved that point. Sophie rode a brilliant race as she managed to get him out in front, so he wasn’t intimidated by the other horses. He’s been so working well at home, I’m really pleased, hopefully he can build on this and win again.”

The Wathba Stallions Cup series aims to promote the breeders of Arabian racehorses, and is supported by Wathba Stallions, the breeding arm in the UAE and France, of HH Sheikh Mansoor bin Zayed Al Nahyan, Deputy Prime Minister and Minister for Presidential Affairs, who is also Chairman of the Emirates Arabian Horse Association.

Genny Haynes, ARO Commercial and Finance Director said: “ARO congratulates the connections of Bin Al Reeh who have been so patient with him. We’re also delighted that it provided an opportunity for a professional rider who has had experience of the HH Sheikha Fatima bint Mubarak Lady World Championships to ride her first Arabian winner with us.

“The continued support of the HH Sheikh Mansoor bin Zayed Al Nahyan Racing Festival, and their Wathba Stallions Cup series is integral to the ARO season, for which we are extremely grateful. ARO also thanks the British Horseracing Authority and Bath racecourse for supporting our racing this season.”