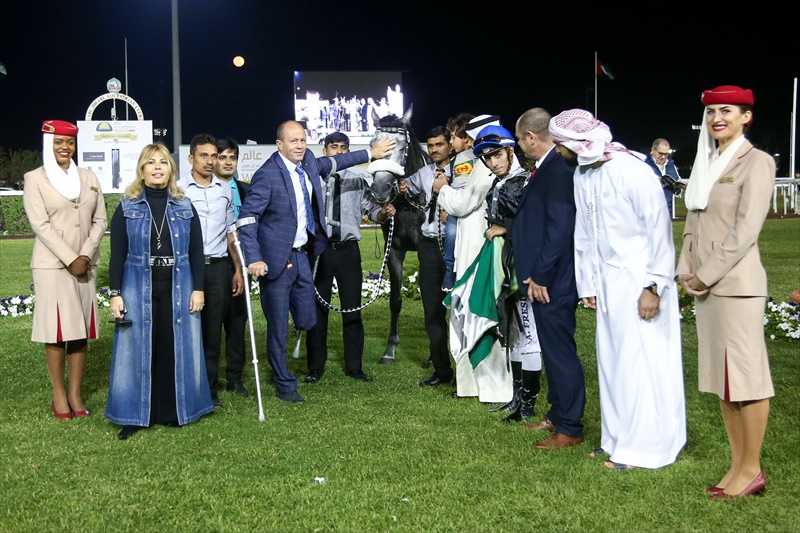 Owner Khalid Khalifa Al Naboodah signed off 2018 in Abu Dhabi with a perfect 1-2-3 in the final UAE racing fixture of the year at the Abu Dhabi Equestrian Club on Sunday, December 23, 2018.

The 4-year old AF Motaghatres under Antonio Fresu registered his third win when finishing just a nose ahead of AF Momtaz under Ben Curtis while just a neck behind and in third place was AF Asheham under Tadhg O’Shea completing the sweep for owner Al Naboodah.

O’Shea set out to make every post a winning one and found a willing partner in AF Asheham who led until the dying strides, only to be passed by Ben Curtis and AF Momtaz, saddled by Musabbeh Al Mheiri. However, they veered towards the centre of the track where Fresu and AF Motaghatres were finishing fast before losing momentum when involved in a bump with Curtis’ mount. Fresu just had time to regain some impetus with his charge responding determinedly to lead in the final strides, denying AF Momtaz by a nose with just a neck back to AF Asheham in third.

A delighted Oertel, having watched AF Motaghatres, a 1400m Abu Dhabi maiden winner in January, score for a second time, said: “It has been a great evening and we knew we had some good chances. Mr. Al Naboodah is a pleasure to train for and has some very nice horses, which I am lucky enough to have in my care.” 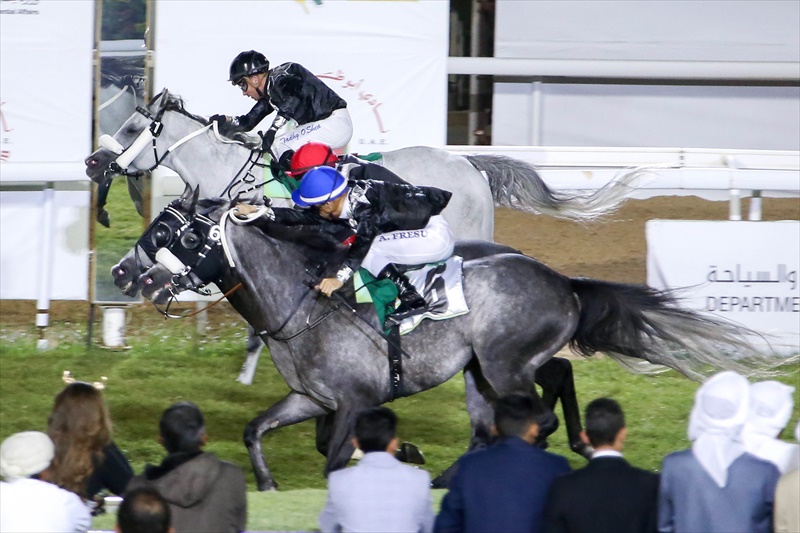