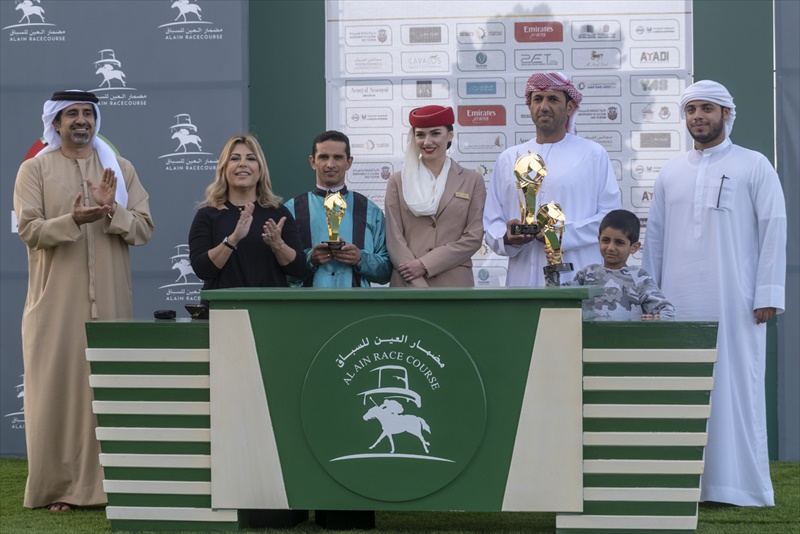 AF Mozhell, owned and trained by Khalifa Al Neyadi, scored a narrow victory to give the Khalifa a third winner for this season.

Jockey Elione Chaves, doubling his tally for the campaign, settled the 4-year-old AF Mozhell just behind the early leader, AF Makerah, before gaining the initiative approaching the 200m pole, immediately seeing off that rival only for Nawwaf KB to emerge as the big danger.

The latter, with Ben Curtis riding for Helal Al Alawi, was closing all the way to the line, but the post appeared just in time for Chaves, who said: “Everything went very well for him today, the first time I have ridden him and—in fairness to the trainer and his team—they were confident of a big run.

It was pretty close at the end, but happily the line came just in time for us and this horse should improve as he was still quite immature.” 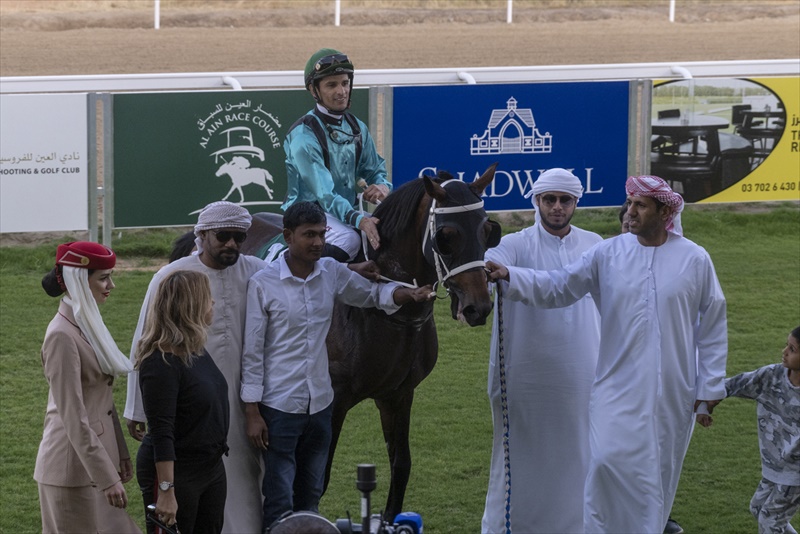 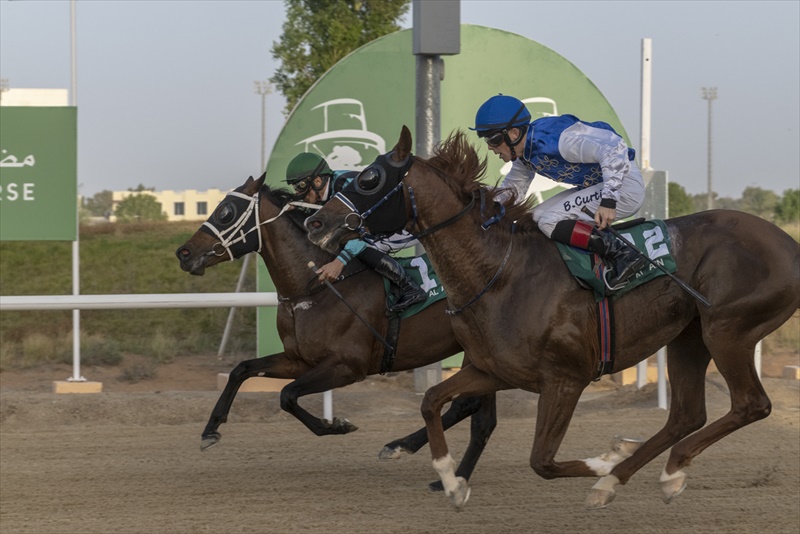 Gulfnews.com : Series of races to be held for lady amateur jockeys