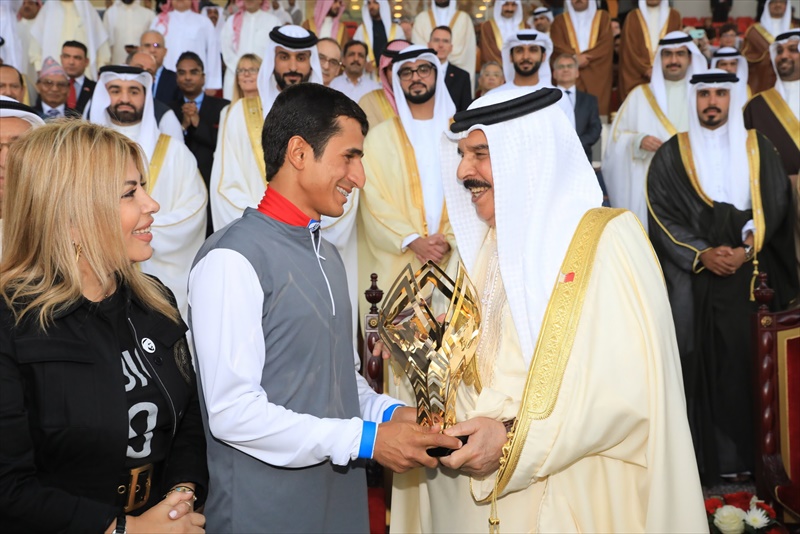 It was a proud moment for Apprentice jockey Quis Al Busaidi as he stepped out to receive the HH Sheikha Fatima Bint Mubarak Apprentice World Championship (IFHRA) winner’s trophy from none other than King of Kingdom of Bahrain, His Majesty King Hamad Bin Isa Al Khalifa in Manama on Friday, March 15, 2019.

The 1400-metre race, held under the umbrella of the HH Sheikh Mansoor Bin Zayed Al Nahyan Global Arabian Horse Flat Racing Festival, had attracted nine Apprentice jockeys from around the world with a large crowd in attendance at the Rashid Equestrian and Horse Racing club racecourse.

The race was part of the big race meeting which also included two Grade 1 races in the name of the King of Kingdom of Bahrain, His Majesty King Hamad Bin Isa Al Khalifa.

Riding 4-year-old Al Saqlawieh 1733 trained by Yousif Al Riffa, Al Busaidi was in great form as he won by two-and-a-half lengths from Krayaan 1706 under Sara Del Fabbro while in third place was Krushan 1710 ridden by Grace McEntee.

Al Busaidi and Al Saqlawieh took a time 1:37.09 for the 7-furlong race and the jockey is the first to book his berth in the November finals of the HH Sheikha Fatima Bint Mubarak Apprentice World Championship (IFHRA) race series. 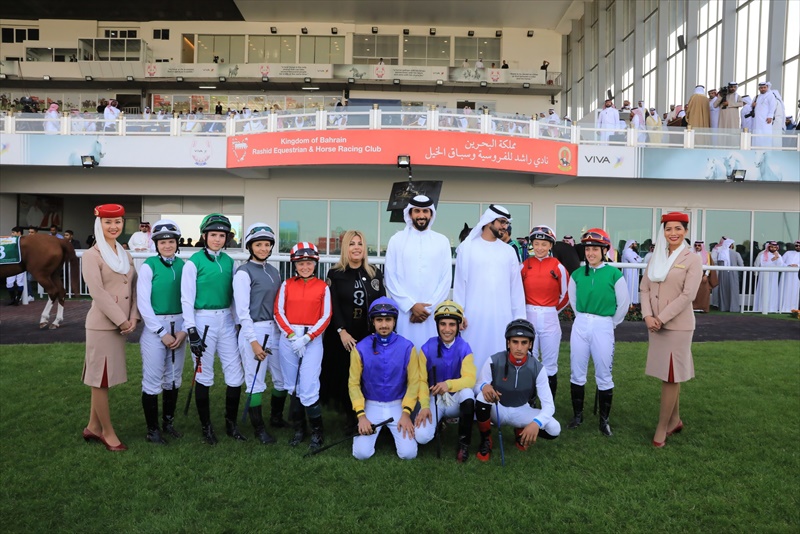 HH Sheikh Sultan Bin Hamdan bin Zayed Al Nahyan said the HH Sheikh Mansoor Festival was one of the most famous equestrian events in the world and thank the leaders of Bahrain for supporting the event.

She also thanked the Bahraini authorities for all their support in hosting the HH Sheikh Mansoor Festival event. 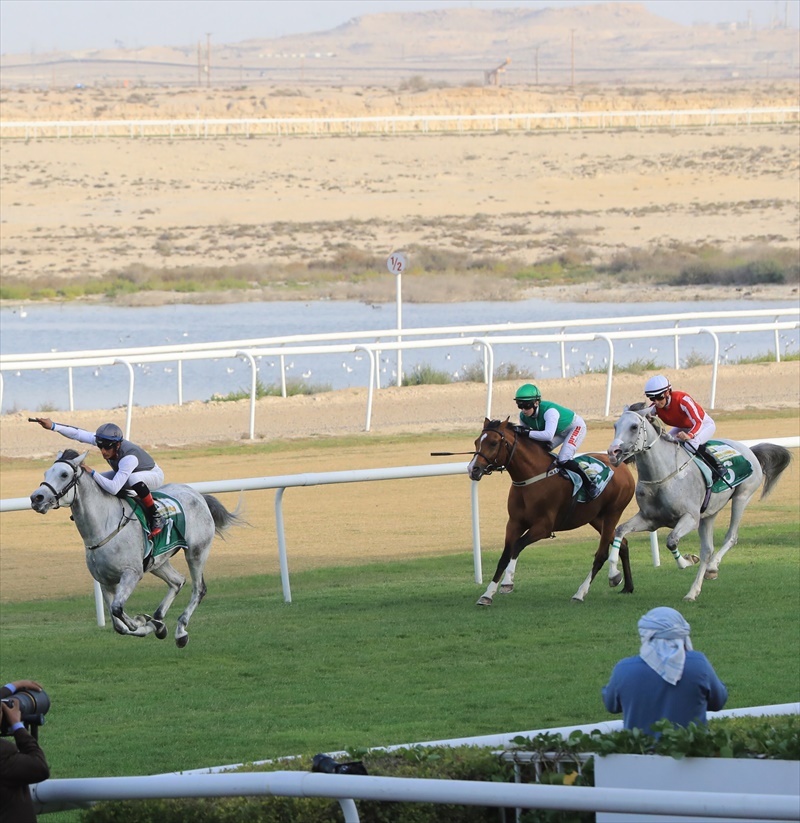