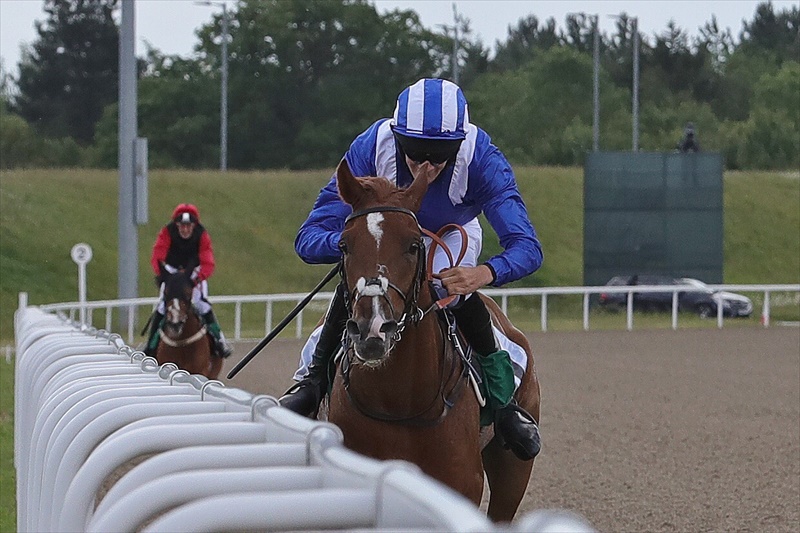 It was a memorable day for 18-year-old Isaac Buncle who rode Mawarid, his first ever winner, in the Wathba Stallions over a mile at Chelmsford City in a time of 1.52.50.

Buncle has been working for trainer James Owen since February and Owen told him he could ride Mawarid in the race three weeks ago.

Mawarid is a four-year-old son of No Risk Al Maury owned and bred by HH Sheikh Hamdan Bin Rashid Al Maktoum, Deputy Rules of Dubai and Minister of Finance, who was almost as inexperienced as his jockey, having only his third racecourse appearance. Buncle has been riding him every day at home in preparation and that paid off in the race on Saturday.

In second place was Kayclaire ridden by Charlie Price for owner-trainer Delyth Thomas. Price started his career riding as an amateur and has recently turned professional.

In third was Sarah Innes and Nicola Buchan’s Zayin Zamurai, ridden by James Harding for trainer Adam Newey, who had teamed up to win the corresponding race last year with Vindetta.

ARO’s Genny Haynes along with other UK racing officials gave away the trophies on behalf of the Festival.