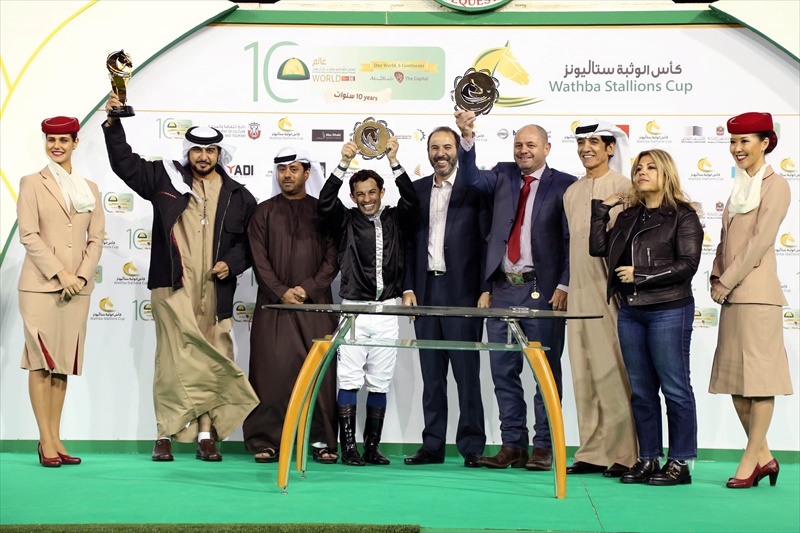 Al Naboodah and Oertel were responsible for three of the eight runners in the 1200m handicap which carried a prize fund of DH 80,000 sponsored by the Festival.

Jockey Antonio Fresu, who had opened the evening with a win on AF Waqas for Al Naboodah and Oertel had to settle for second on AF Thobor in the Wathba Stallions Cup.

The pair tracked AF Ssayeb from the outset but were unable to get past his stable companion, never headed under Silvestre de Sousa, with AF Ashras staying on late to claim third for Tadhg O’Shea. Like AF Waqas, all three are bred by the owner and by the same sire, AF Al Buraq, who he also bred. 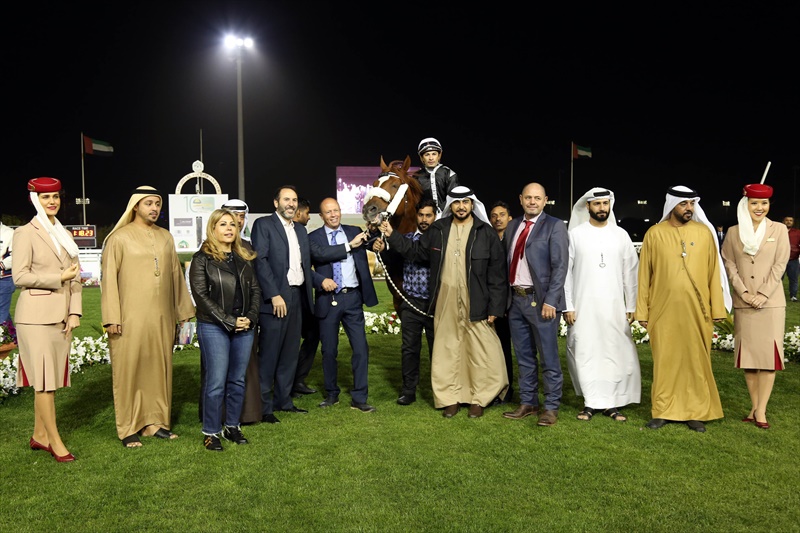 Oertel said: “Obviously we have to be delighted with that and AF Ssayeb and AF Thobor were first and second the whole way with AF Ashras staying on nicely.

The winner only ran last week when he needed the race after six weeks off and this was just his second start of the season.

He has now won four times over 1200m, three of them here at Abu Dhabi and, all being well, he will be back here next Sunday for a race over 1000m as he has plenty of speed and has won over that trip before.” 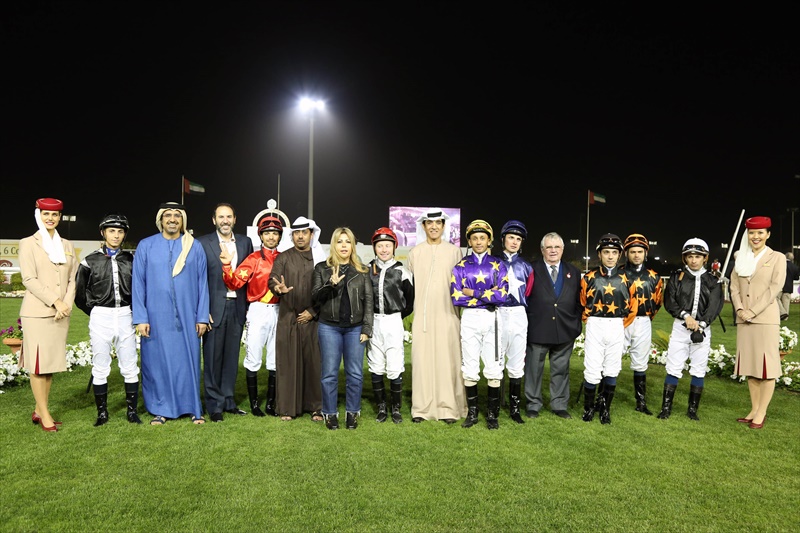 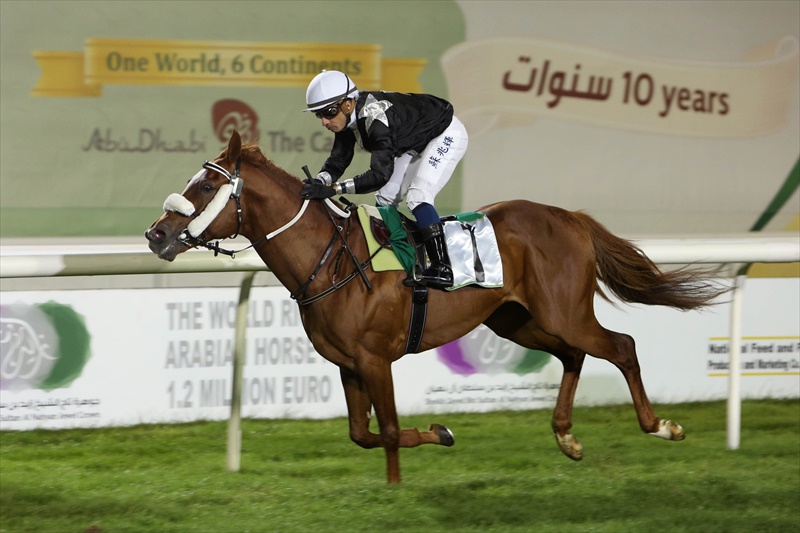