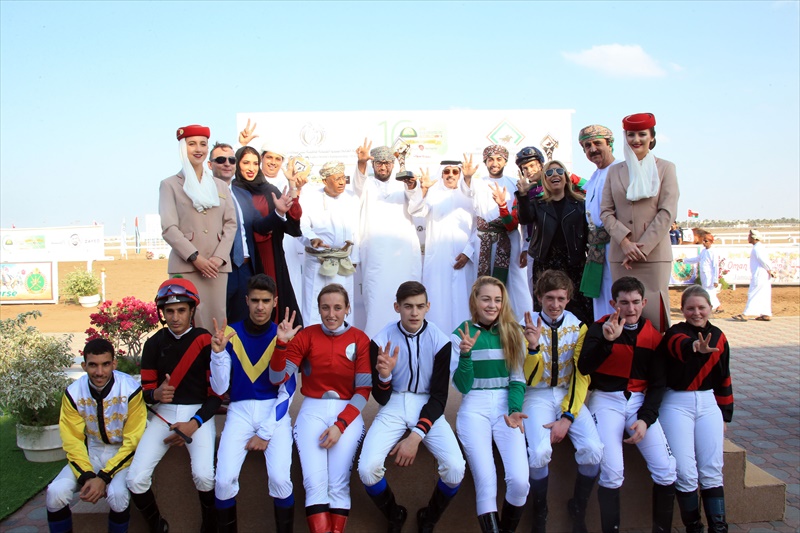 Ireland’s Evanna McCutcheon and Sweden’s Andreas Tapia Dalbark emerged as winners of the HH Sheikh Mansoor Bin Zayed Al Nahyan Global Horse Flat Racing Festival’s international openers for the year 2018 at the Al Rahba race course in the Wilayat of Barka in Oman on Friday, January 19.
McCutcheon revived memories of her visit in 2014 to Oman when she won the HH Sheikha Fatima Bint Mubarak Ladies World Championship race and was spot on again on Friday winning the 1600-metre race on Al Sahm.

Karin Dieltjens from Belgium was second on Al Saktoon while Hungary’s Rebka Gonczi finished third on Jareer in the race which carried a prize fund of Euros 30,000. 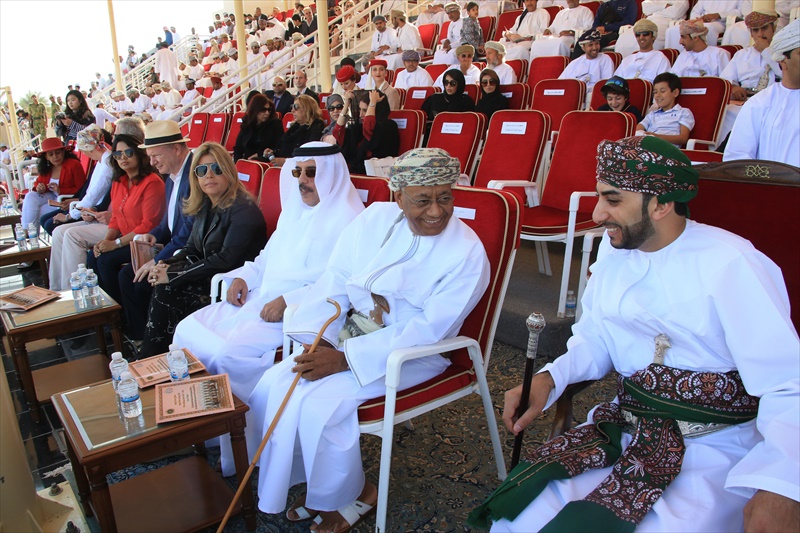 “I am very happy to win here and be the first to qualify for this year’s final of the HH Sheikha Fatima Bint Mubarak Ladies World Championship to be held in Abu Dhabi,” said the 32-year-old Irish jockey who is a trainer. McCutcheon has also had great success as a jockey partnering Zeftan to win the Ladies Derby at the Curragh in 2014 & top class point-to-pointer “Long Strand” (Multiple Open Lightweight winner). In 2014 she had won this race here in Oman on Secret Treasour and then went on to finish 8th in the Abu Dhabi finale to Jadey Pietrtaziewicz.

In Friday’s race, UK representative Ellie Mackenzie was fourth saying: “Djent ran really well, just getting up to beat France’s Perrine Cheyer on the line. I am so grateful to the HH Sheikh Mansoor Festival series for the opportunity to ride today.” 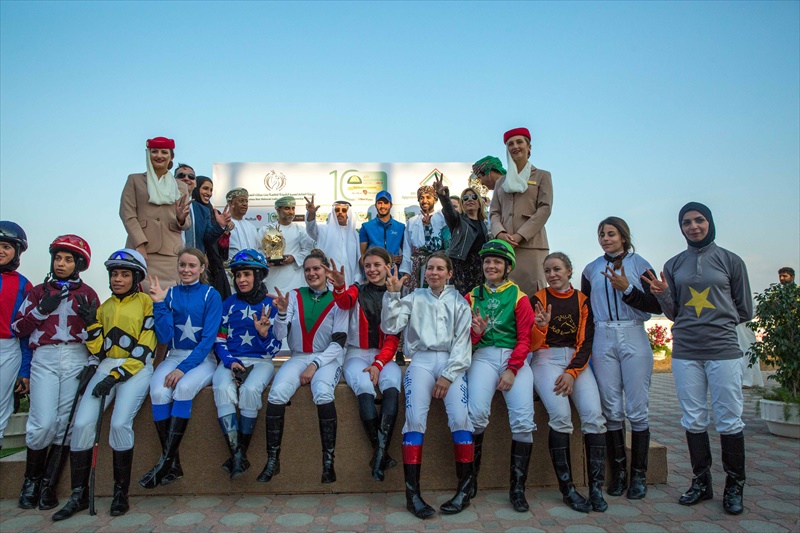 HE Al Suwaidi hailed the strong ties between UAE and Oman and said both countries had a huge role in promoting Purebred Arabian horse racing. He thanked the UAE leadership for their focused promotion of UAE’s heritage sport. 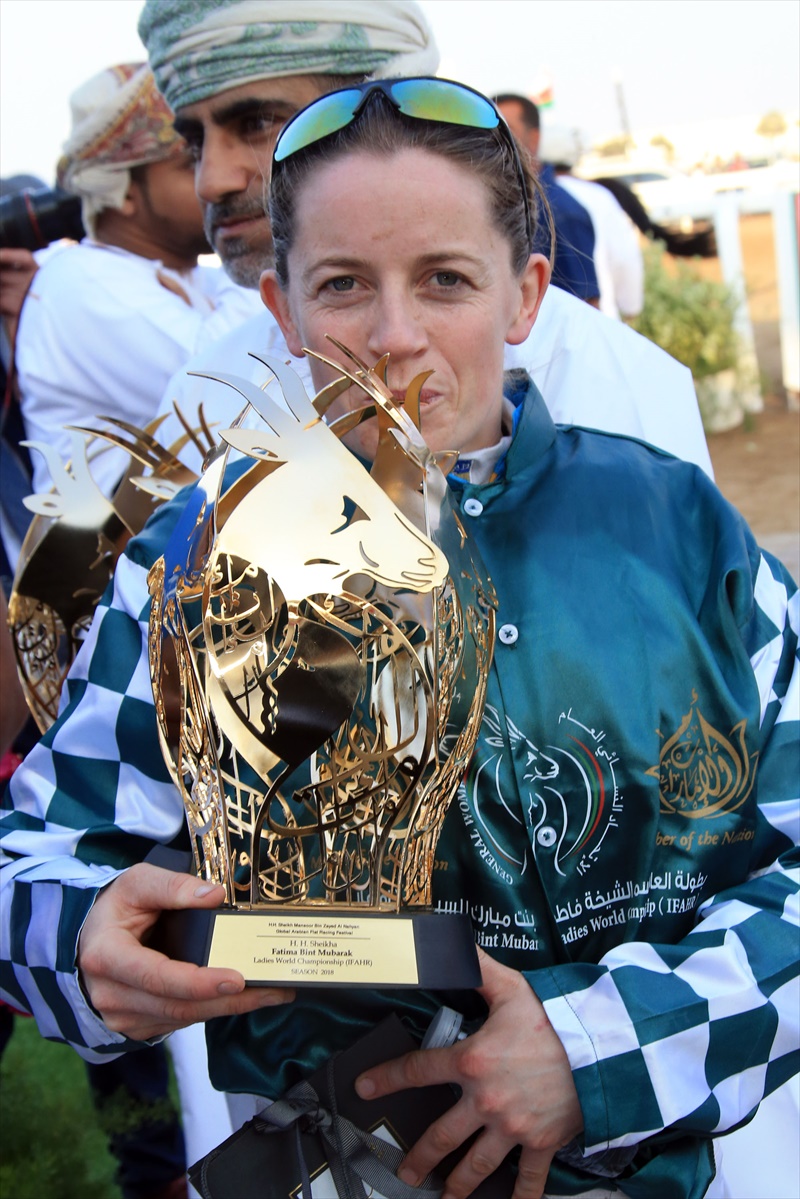 Ms. Sawaya said, “Today’s races showed the quality of the Lady and Apprentice jockeys. We thank His Highness Sheikh Mansoor Bin Zayed Al Nahyan, Deputy Prime Minister of the UAE and Minister of Presidential Affairs and Her Highness Sheikha Fatima Bint Mubarak, Chairwoman of the General Women’s Union, Supreme President of the Family Development Foundation (FDF) and Head of the Supreme Council for Motherhood and Childhood for the Festival’s success.”

“We will be unveiling the calendar of events of the HH Sheikh Mansoor Bin Zayed Al Nahyan Global Arabian Horse Flat Racing Festival on February 17, 2018. It is a big year for us as the Festival marks 100 years of the Late Sheikh Zayed Bin Sultan Al Nahyan’s birth as well as the 10 year since the Festival was launched by HH Sheikh Mansoor.”

Khulood Al Nuaimi, representing National Feed and Flour Production and Marketing Co. LLC, said, “We are proud to be partners of the Festival for the third year and we wish the Festival’s activities in 2018 all success.” 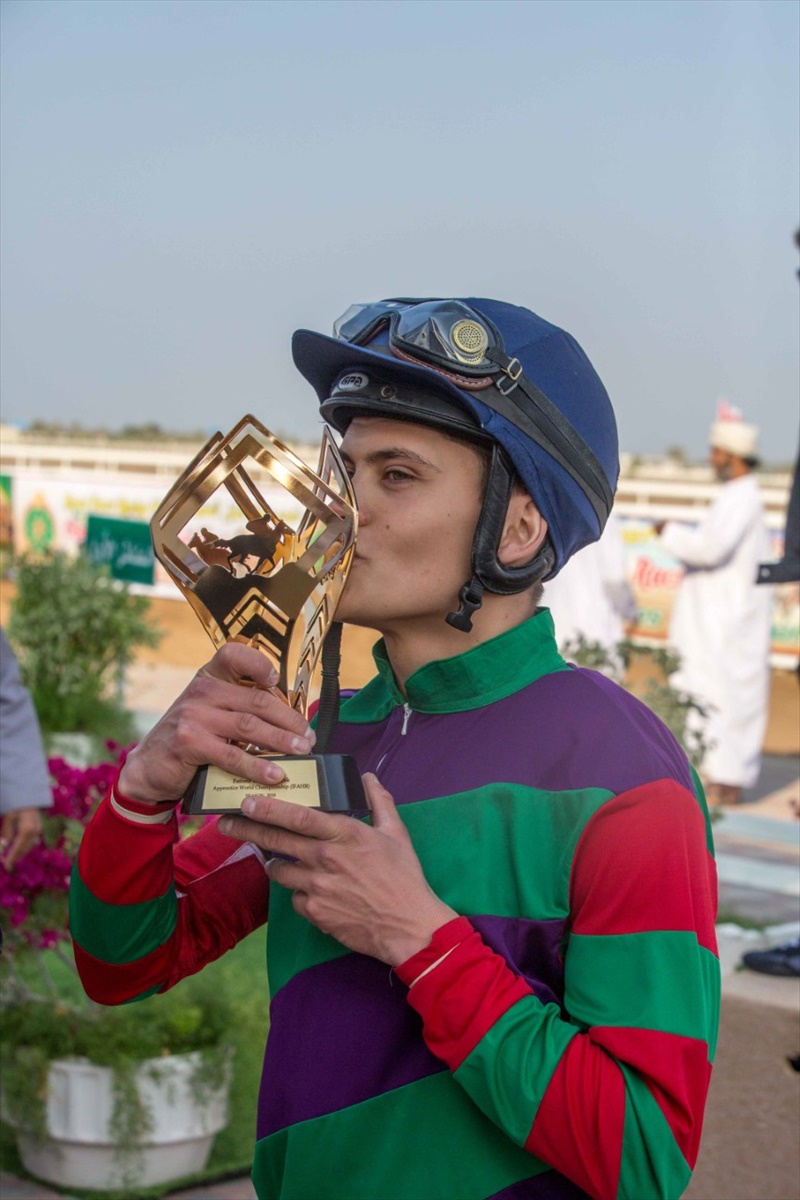 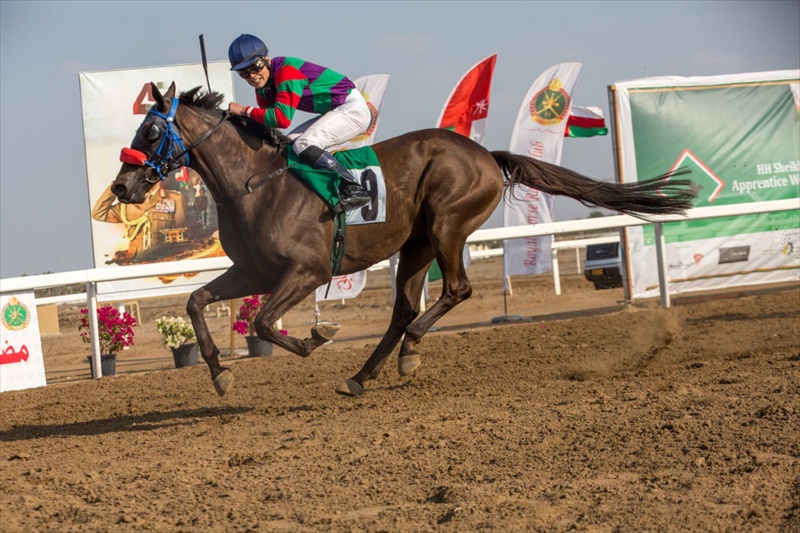