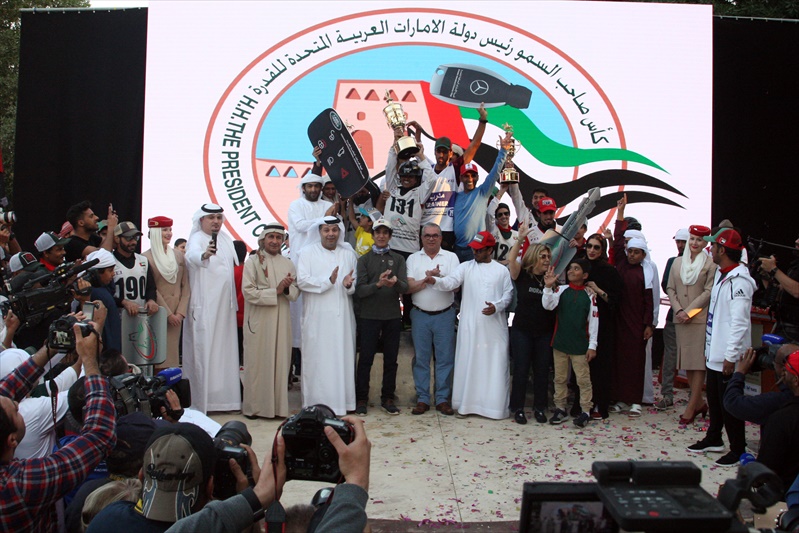 Al Junaibi riding 8 Minute completed the 160-km distance in a time of 6 hours 12 minutes and 10 seconds and finished ahead of Abdulla Ghanim Al Marri on Faraan with Layla Al Marzooqi on AP Birmano was in third place.

The winner was awarded a Mercedes Benz S450, the second-placed rider got a Range Rover Sport, and riders finishing third to tenth drove away with a Nissan Patrol 4WD car each. All those who completed the ride received DH 100,000 each.Dr. Maj. Gen. Ghanim Al-Hajri, Ms. Lara Sawaya, Executive

Ms Lara Sawaya said the presence of HH Sheikh Mohammed, HH Sheikh Hamdan and HH Sheikh Mansoor was a morale booster to the contestants throughout their ride.

Ms Sawaya expressed her happiness to participate in the first youth workshop organized by the Abu Dhabi Youth Council in the presence of HE Mohammed Khalfan Al Rumaithi, Chairman of the General Authority for Sport. She said the workshop was fruitful and the activities of the HH Sheikh Mansoor Festival were highlighted.

Another success for HH Sheikh Mansoor in France