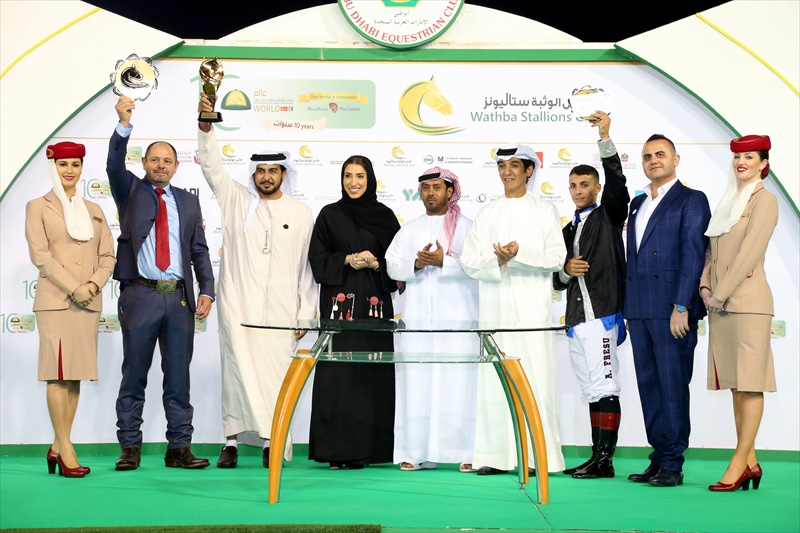 The final two races on the card were 1600m handicaps, both won by horses trained for reigning Champion Owner Khalid Khalifa Al Nabooda, by Ernst Oertel. First to step to the plate was AF Waqas, ridden by Antonio Fresu before stablemate,AF Asheham followed up in the hands of Silvestre De Sousa.

AF Waqas, the 5-year-old son of AF Al Buraq, won the Dh 80,000 Wathba Stallions Cup For Private Owners Only race over a mile’s distance in a time of 1:44:43. Recording his second win of his fledgling career, AF Waqas finished about a length in front of Dassan DA under Patrick Cosgrave while in third place was AF Ashras under Silvestre De Sousa. 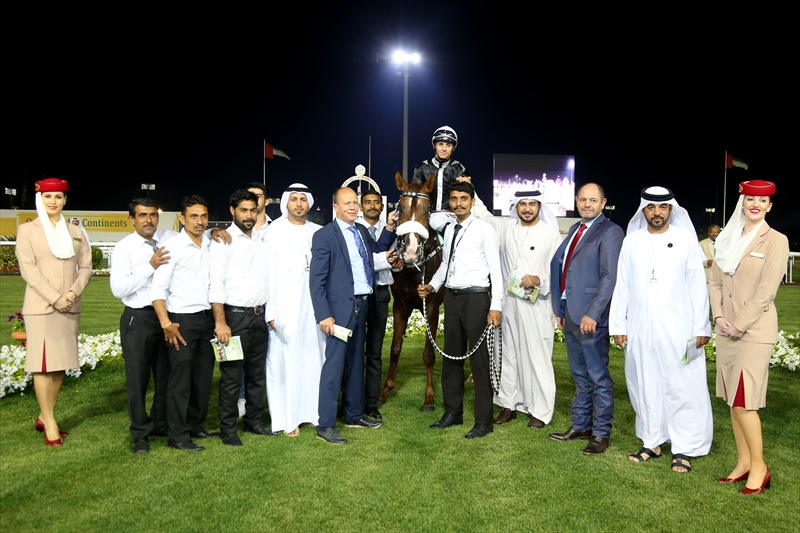 Earlier, Richard Mullen advertised just why he is the reigning UAE Champion Jockey when producing Rmmas fast and late to land the 1400m Group 2 Liwa Oasis, one of the Purebred Arabian highlights on the card.

Racing in midfield throughout the first half of the race, Rmmas made smooth progress at the top of the straight but still had plenty of his 14 rivals in front of him.

Mullen said: “Fair play to the horse because drawn nine in a big competitive field like that is never ideal. He won nicely here over 1200m last time but that was from a nice low draw whereas today we were out wider.

The jockey continued: “That is now three wins for the horse from just four UAE starts and, trip wise, he seems very versatile. I imagine that will be his last race of the campaign and, fingers crossed, he will be an exciting sort for next season.” 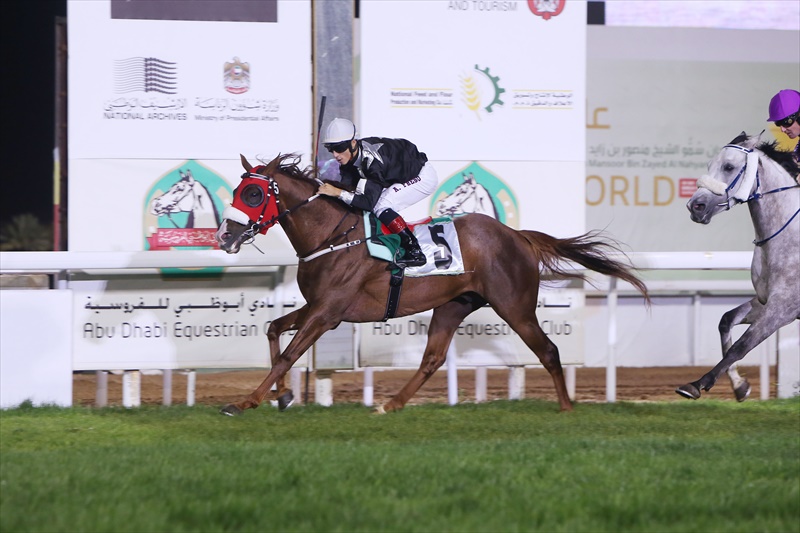