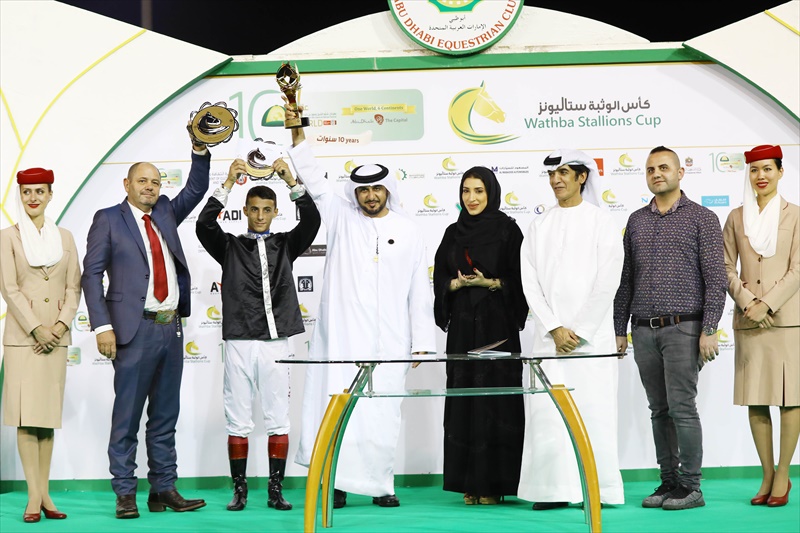 Trainer Ernst Oertel got off to a great start as he saddled a 1-2-3 in the opening race of the HH Sheikh Mansoor Bin Zayed Al Nahyan Global Arabian Horse Flat Racing Festival’s Wathba Stallions Cup For Private Owners Only series opener at the Abu Dhabi Equestrian Club racecourse on November 17, 2018.

On Sunday, March 18, he ended on a winning note in the Wathba Stallions Cup Championship For Private Owners Only Championship race, missing a clean sweep narrowly in the final of the series in Abu Dhabi.

Leading Purebred Arabian race horse breeder and owner Khalid Khalifa Al Naboodah and his main trainer, Oertel, combined with four of the 13 runners in the 1600m conditions race and landed the spoils with AF Maher, the mount of Antonio Fresu winning for a seventh time, fifth this season. Also victorious in the equivalent race last year, when it was over 1400m, AF Maher has improved throughout the season.

Fresu said: “He is a good horse in his grade and has had an excellent season as have the owner and trainer as well. I have ridden plenty of winners for them this year and have to thank them for their support throughout the campaign.”

“This was the final race of the Wathba Stallions Cup For Private Owners Only series in Abu Dhabi and it carried a prize fund of Dirhams 100,000 as it was the championship race. We are happy with the great response from the small and private owners and this series has grown in quantity and quality,” remarked Ms. Lara Sawaya, Executive Director of the HH Sheikh Mansoor Bin Zayed Al Nahyan Global Arabian Horse Flat Racing Festival, General Manager of Wathba Stallions, Chairperson of the International Federation of Horse Racing Academies (IFHRA), Chairperson of Ladies & Apprentice Racing Committees in the International Federation of Arabian Horse Racing Authorities (IFAHR). 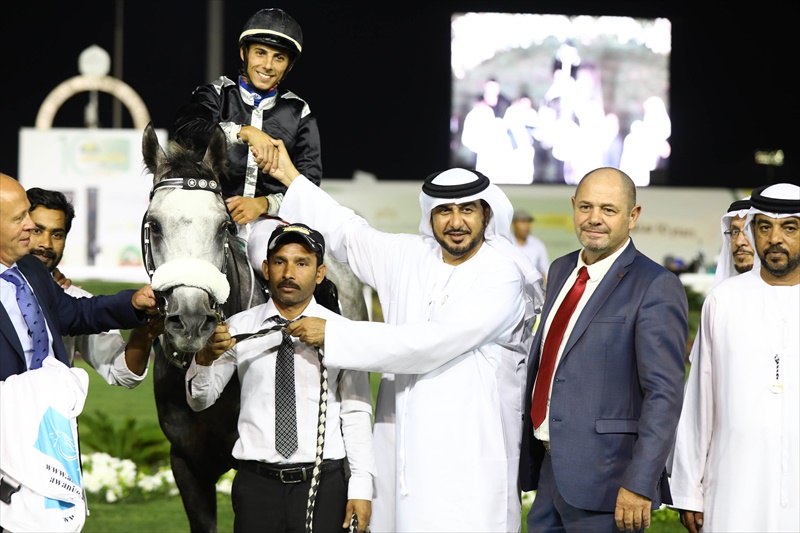