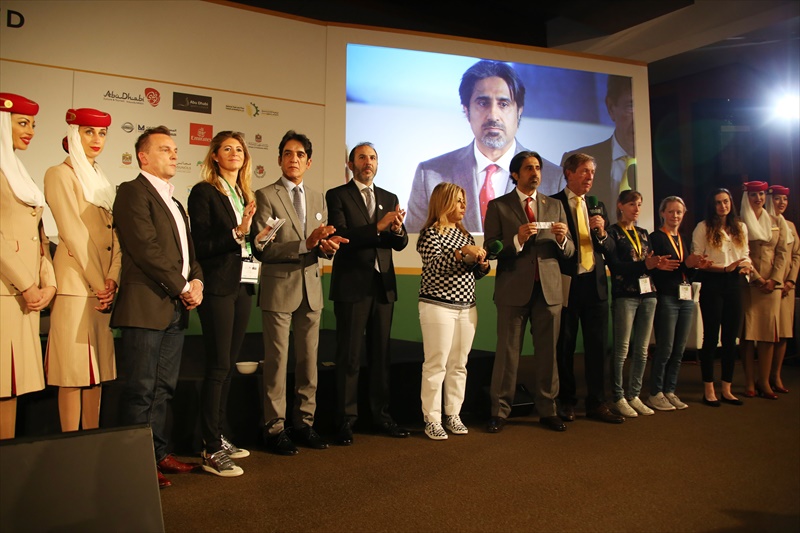 There was a strong call for standardization of rules and regulations governing the sport of Purebred Arabian racing on the opening day of the three-day 9th edition of the World Arabian Horse Racing Forum which began at the Eurostars Madrid Tower Hotel on Wednesday, May 2, 2018.

Organized by the HH Sheikh Mansoor Bin Zayed Al Nahyan Global Arabian Horse Flat Racing Festival, the Forum, with over 400 delegates representing over 80 countries in attendance, was inaugurated by HE Dr Hessa Al Oteiba, the UAE Ambassador to Spain.

The international gathering got a glimpse of the achievements of the late Sheikh Zayed Bin Sultan Al Nahyan as the UAE marked the 100th birth anniversary of the founder of the UAE with 2018 being observed as ‘Year of Zayed’. 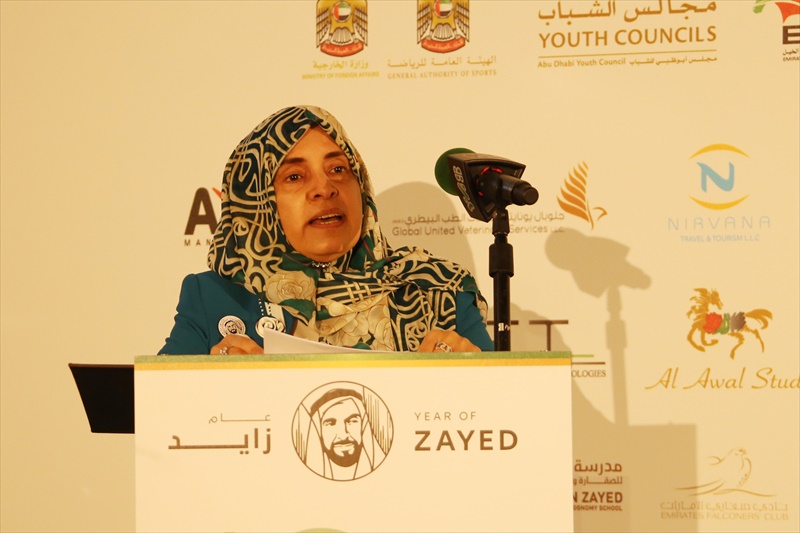 The video presentation brought alive some of his profound statements while shots of the great leader supervising the development and transformation of a desert country into a modern nation had all those present in awe of the Late Zayed.

All panel members were unanimous that the main factors that go into the breeding of a successful race horse were selection of the right mare and the right stallion, pedigree, conformation and good stable staff who understand the young foal and help raise it in the right environment.

When the topic of Embryo Transfer was brought up, Val Bunting and Richard Lancaster felt this method of breeding would lead to abuse and were not in favour and also added that they were against the rules. However, since the IFAHR rules governing such aspects gave individual freedom to countries to follow what suited them best, some of the other panelists sought a standardization of this rule. It was also suggested that they limit the number of embryo transfers to the minimum to help safeguard the gene pool.

Sedrati said Morocco staged 700 races every year and they were short of horses while Chalimoniuk said Poland staged around 220 races and both added that the role of HH Sheikh Mansoor Festival had triggered a huge boost in Arabian racing in their respective countries. Dutch trainer Karin van den Bos said she pursued a holistic approach to training her horses and had achieved a lot of success. 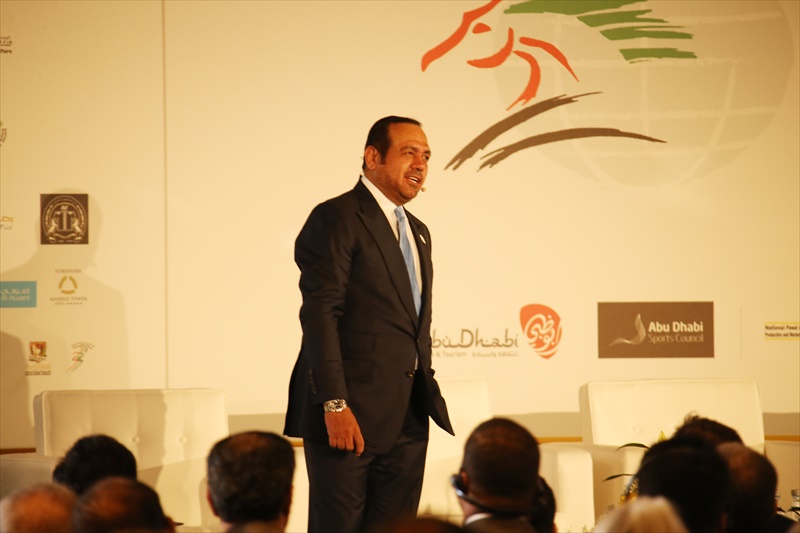 Watrigant shared his experience as a trainer of 15 years and added that he is a 6th generation in his family to be involved with horses.

Ziani said the success of any horse depends on the team behind it and said right from the owner and trainer it was all about team work.

There was a lot of discussion on whether Arabian horses should start racing at 3 or 4 years and finally there was some consensus that the trainer should take this decision based on the condition of his horse.

Jirayr Habibian said the regulations are always evolving in sport and hence the legal framework should keep pace with the rapid changes in horse racing. “Legal system and regulations should go hand in hand.”

Referring to any appeal in the first instance during a race being adjudicated by the Stewards, he felt in the name of natural justice this should be referred to an outside body like a Commission or even the Court of Arbitration.

Neil Abrahams said though there is no standardization of rules, all jockeys know the whip rules prevalent in different countries. “Technology has made it easier and helps all those connected to racing to keep themselves abreast of prevailing rules via the web,” he said.

However with the rules governing the use of the whip, fines and suspension of jockeys, appeals etc. being so different in many countries, the panelists’ and delegates including the Festival’s jockey Ambassador Xavier Ziani urged organisations like hosts HH Sheikh Mansoor Festival and IFAHR to take up their cause and seek standardization of rules and regulations.

Dr. Stephano Daneri stated that the current whips in use cause no harm to the welfare of the horse and there were no such report in the recent past to state the contrary while some panelists sought the standardization of the whips as a starting point. 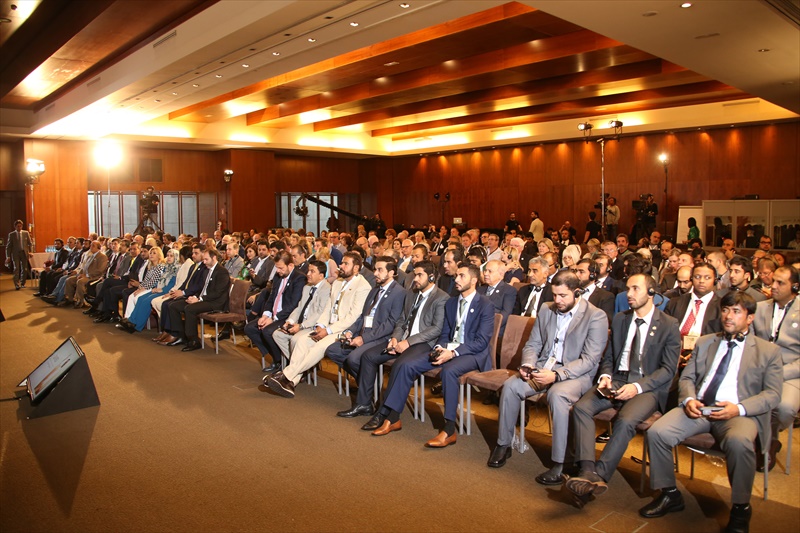 Midway through the opening day’s sessions, Ms. Lara Sawaya, Executive Director of HH Sheikh Mansoor Bin Zayed Al Nahyan Global Arabian Horse Flat Racing Festival, Chairperson of the International Federation of Horse Racing Academies (IFHRA) and Chairperson of Ladies & Apprentice Racing Committees in the International Federation of Arabian Horse Racing Authorities (IFAHR) conducted the draw for the HH Sheikha Fatima Bint Mubarak Apprentice World Championship race to be run on May 5 in Seville. Seven of the ten Apprentice jockeys who arrived here will be racing to clinch a spot in the grand final in Abu Dhabi on November 9, 2018.

The Form continues with four more sessions and a workshop after which action shifts to the race course and endurance circuit during the weekend.