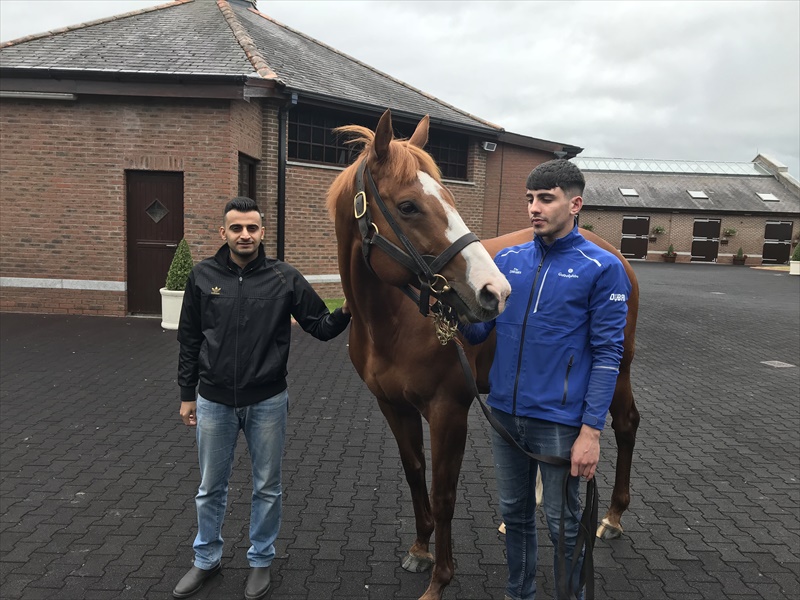 One such beneficiary is Hussein Abdali who recently finished his Mentorship Programme in Kildangan Stud Farm, Ireand. Hussein Abdali is currently working as a Registration Officer (Studbook), Rashid Equestrian and Horse Racing Club, Kingdom of Bahrain.

Overwhelmed by the three-week training, which enhanced his knowledge and exposure, Abdali said: “This programme benefited me a lot and helped me gain more experience in the racing field. It also gave me an opportunity to meet big names in racing world and get in contact with them which is a huge benefit for my future career. I returned home with a lot of ideas which can be implemented at my home racing club.”

He further added: “It was a great honor to visit Kildangan Stud Farm and meet true horsemen like Joe Osborne and Jimmy Hyland, Director of Kildangan Stud Farm, who gave me in insight into learning and experiencing the breeding operation. I had a brief about stallion management and marketing, pedigree analysis and mating, stud farm management and foal routine inspection and evaluation.”

With Jimmy Hyland, Abdali visited all the nine stud farms in Ireland. “It was also an honor to meet nutritionist Dr. Steph Jackson from USA and spent three days with him to learn horse feeding.”

He was equally elated to attend the Northern Ireland Derby at Down Royal and to receive the Derby Cup on behalf of Godolphin team. “I went to the Curragh race course alongside with Paul Murtagh, Head of Race Day Operation and experienced every position and role during the race.”

He also managed a visit to Ballydoyle which he found to be a “fascinating and different operation than other operations I ever saw or heard about.”

Weatherby was the next stop where he had an overview about their management system of registration. He said: “Weatherby is testing a digital passport which will be launched in the future which might help Bahrain within our studbook authority.”