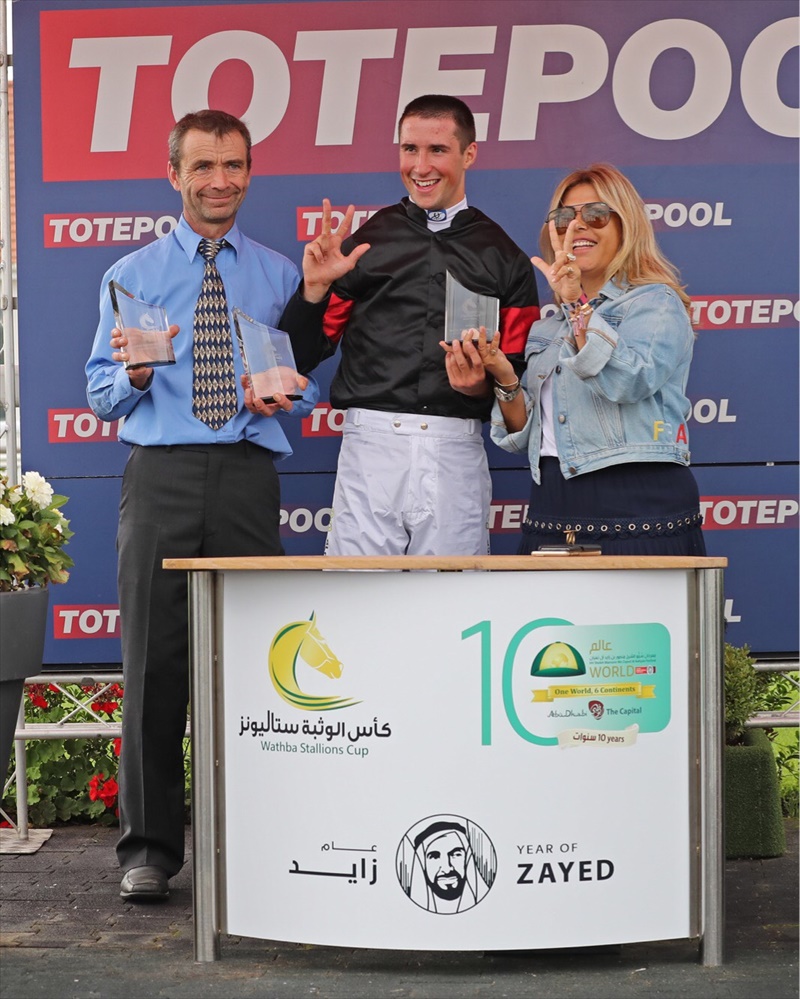 The Festival’s Wathba Stallions Cup series offers very welcome support to the sport’s grass roots of UK Arabian racing. The race attracted a large field with many having travelled from far afield to race at the Chelmsford City track for the generous prize fund.

A very open race, Pacific Athbah and Fatinah set the early pace with the two Adam Newey trained horses Vindetta and Synergy closely stalking them behind with Popsstar for trainer Sam Holdsworth with Serena Botherton aboard and Welsh raider Kayclaire for Delyth Thomas in the hands of Simon

At half way Fatinah and David Turner made his bid for glory and started to string the field out but as they hit the home straight Vindetta made the chase under jockey James Harding; all horses battling hard by the final furlong but as the tempo lifted Vindetta responded well hitting the front with a well-timed run closely followed by a very fast finishing Kayclare, who put up a strong challenge but was unable to overturn the determination of both Vindetta and her jockey James Harding.

It was a well-deserved win for a delighted Adam Newey and owners The Almost All Partnership. Kayclaire lost nothing in defeat and whilst disappointed, her trainer Delyth Thomas was delighted with her performance and the same was said for Yeucel Mehmets Fatinah, third in the race.

Ms. Lara Sawaya, Executive Director of HH Sheikh Mansoor Bin Zayed Al Nahyan Global Arabian Horse Flat Racing Festival, Chairperson of the International Federation of Horse Racing Academies (IFHRA) and Chairperson of Ladies & Apprentice Racing Committees in the International Federation of Arabian Horse Racing Authorities (IFAHR) was in attendance at Chelmsford City Racecourse to present the prizes to the delighted winning connections. She stated how important it was to support the trainers at this level, the presentation was an emotional one for jockey Harding who has been an important part of the Adam Newey team, it was good to see how much the win meant. 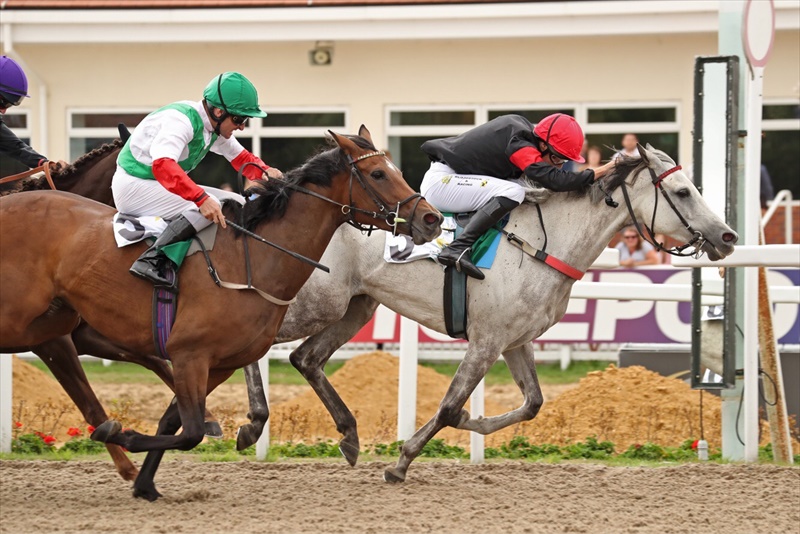 Willie McFarland ARO Operations said “ARO is extremely grateful for the continued patronage of Ms. Lara Sawaya, Wathba Stallions and the HH Sheikh Mansoor Festival – a sponsor that offers huge support to UK Arabian racing. We enjoyed a great day of Arabian racing at Chelmsford City, a track that has offered immeasurable backing to ARO throughout the season.”

He went on to say ‘’We are also incredibly excited to be ending the ARO turf season with the highly valued and prestigious HH Sheikh Zayed Bin Sultan Al Nahyan Cup (Group 1 PA) a race with a Prize Fund of £80,000 which will be held at Royal Windsor Racecourse on Monday 15th October; this is an amazing way to finish a great year’s UK racing on the turf and we are very grateful to HH Sheikh Mansoor Bin Zayed Al Nahyan Global Arabian Flat Racing Festival for their generosity’’.