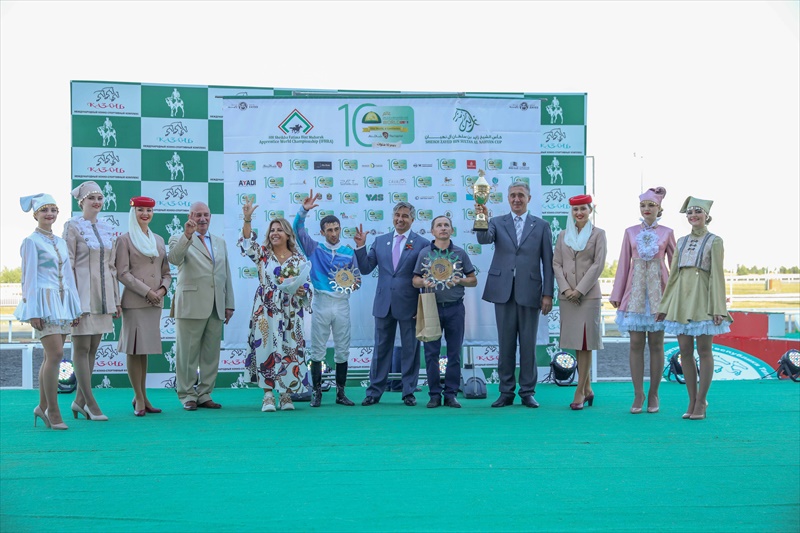 Kappushev scored a fine win on Arab Queen in the Sheikh Zayed Bin Sultan Al Nahyan Cup which carried a prize fund of Euros 30,000 and had attracted the 13 Purebred Arabian horses.

Irbis under A.A Alberdiev finished second while in third place was Saladin ridden by D.D Sukhanov in the 1600-metre contest. The winning time was 1:52.51 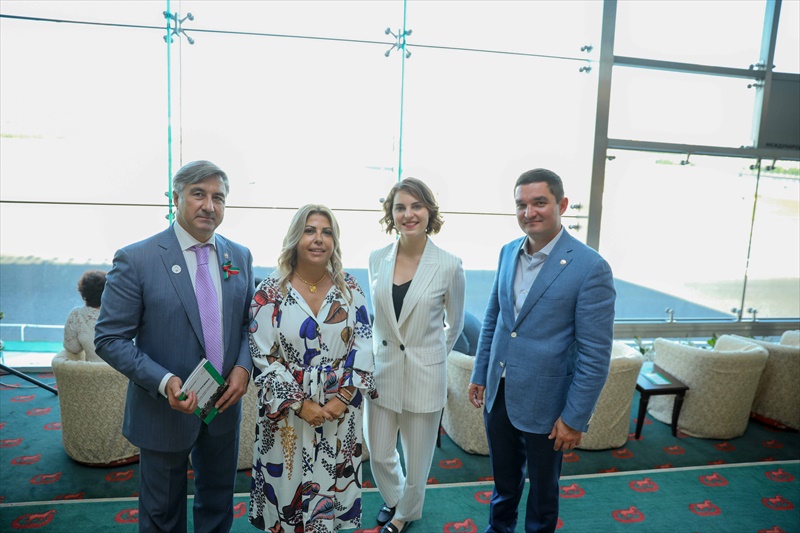 The ace jockey then rode another winner for trainer Lyakhov when Vasilevs won the Wathba Stallions Cup. Vaselevs under Kappushev finished ahead of Convention ridden by Nikolay Ukhvanov and Tanks took third under Omurkhanov.

This race was worth Euros 5000 and open to 2-year-old Purebred Arabian horses.

Nine-year-old Nina Mozheva won the race and will now feature in the final of the pony race series which will be held in Abu Dhabi in November. 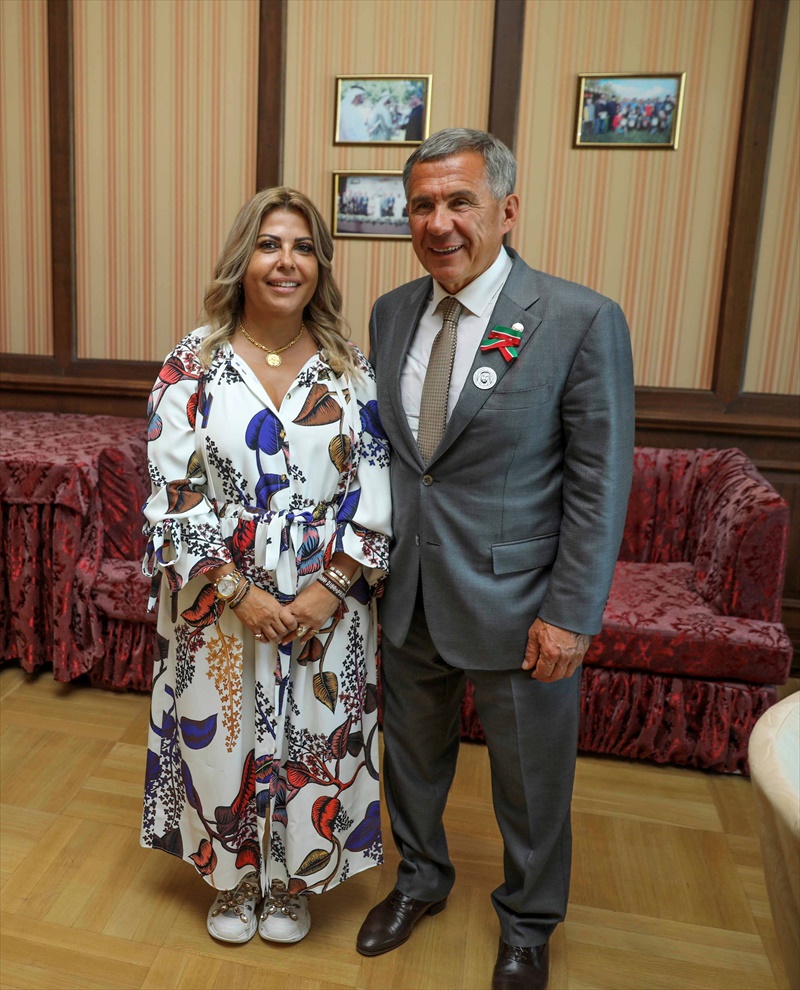 Ms Sawaya presented a badge carrying the image of the Late Sheikh Zayed Bin Sultan Al Nahyan to HE Rustam and the Tatarstan President proudly sported it on his coat.

“It was a matter of great pride that the top leadership of Tatarstan attended the races. This year the UAE is celebrating the 100th birth anniversary of the Late Sheikh Zayed, a passionate promoter of Arabian horses. Once again the Purebred Arabian races under the Festival’s banner was a huge success and even the pony jockeys showed a lot of promise,” said Ms Sawaya. 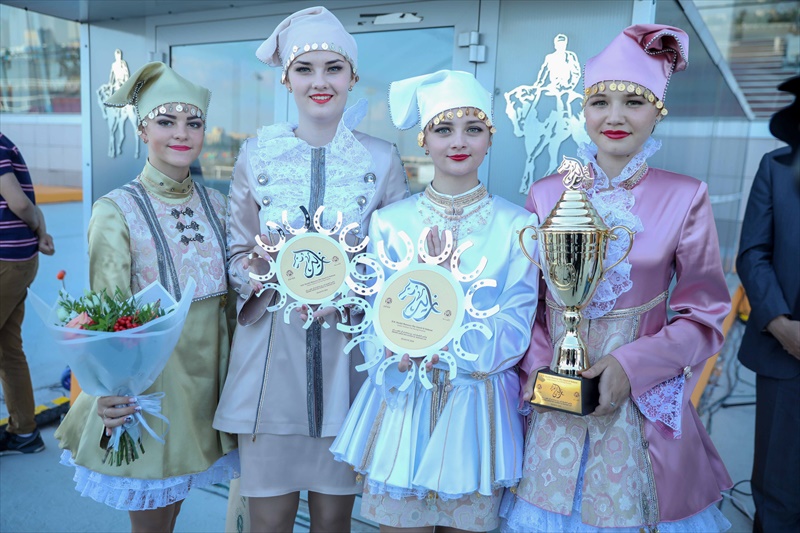 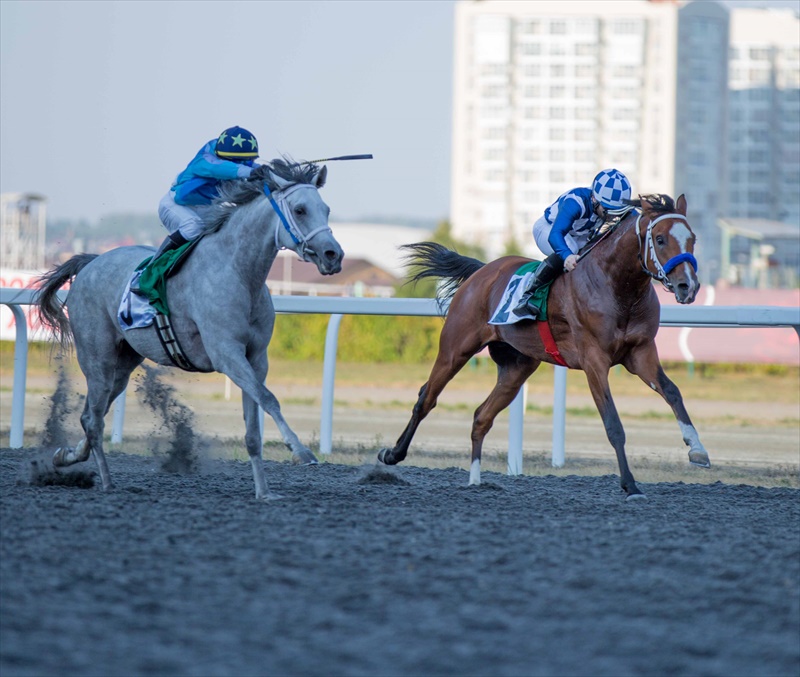