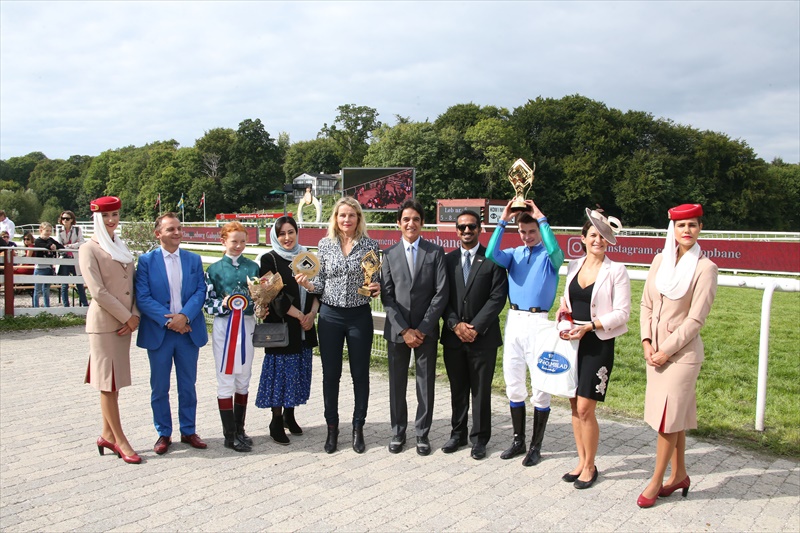 The Karin van den Bos-trained Akoya under Walsh won a close race at Denmark’s Klampenborg racecourse and Sunday’s card also marked the Ladies Day and the featured Oaks for Thoroughbreds.

After a double in the Festival’s races in Ostend, Belgium owner Landgoed Waterland and trainer Karin van den Bos were back with another win in the HH Sheikh Mansoor Bin Zayed Al Nahyan Global Arabian Horse Flat Racing Festival-supported races this year with Akoya.

Akoya edged out Al Mounteze Monlau under Polish jockey Karolina Dynarowska with just a neck separating the two while in third place was Cleopathre under Alan Wallace. 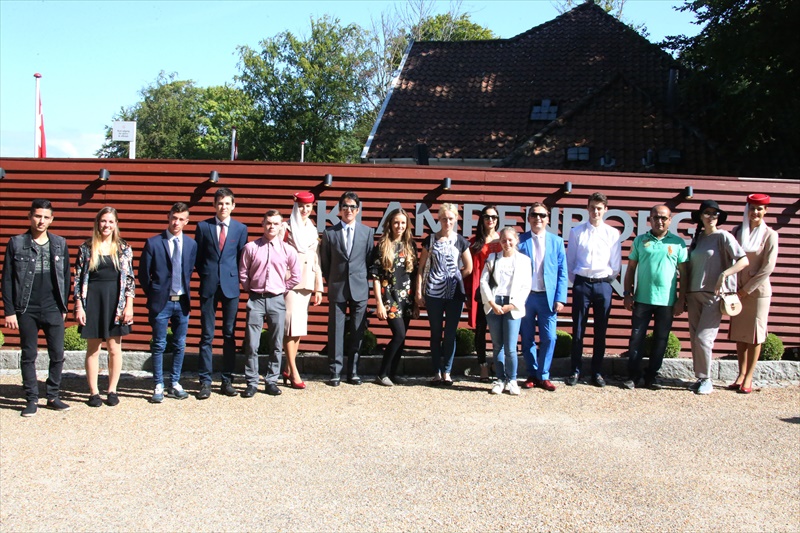 Cleopathre under Norwegian-licensed Wallace in the saddle was the first to show in a bunch of horses willing to go and finding their positions down most of the backstretch in the 1800-metre contest. Al Mounteze Monlau joined her in the bend and the pair were ahead by some four lengths into the straight.

By the 200 metre marker they were joined by Akoya and another battle commenced. The filly couldn’t quite take part when the two colts engaged in a lengthening and shortening neck battle to the line. Having hit the front Akoya would not be denied, however, and saw to it that it was his connections that got to enter the winner’s enclosure.

“He idled in front, but I was never worried,” said Eoin Walsh, who now joins other winners of the series for a shot at the final of the HH Sheikha Fatima Bint Mubarak Apprentice World Championship race in Abu Dhabi in November.

Bred by his trainer, Akoya had won twice as a juvenile and did so again this season before he was fifth in the French Derby. Then he went to Italy finishing a solid second before Sunday’s win under Walsh. 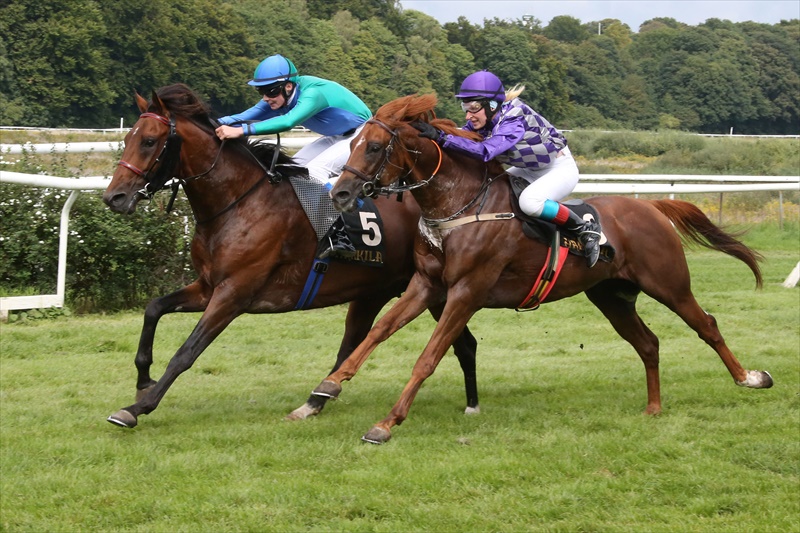