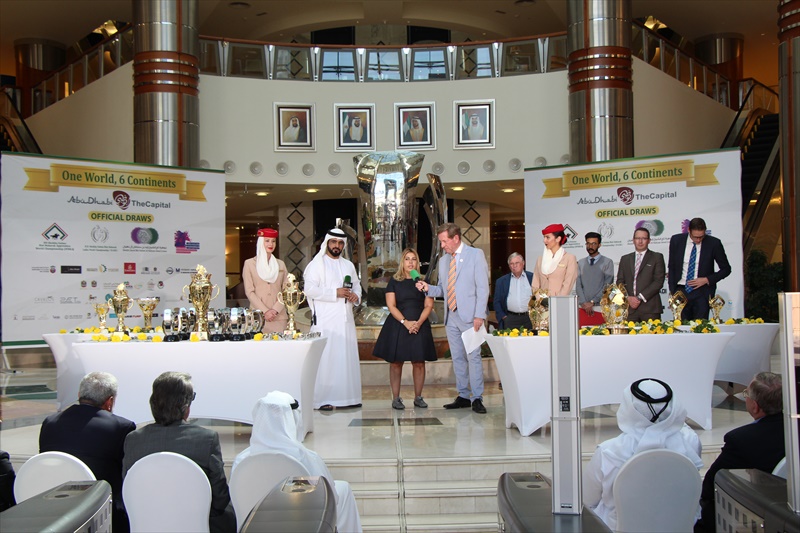 Running in the colours of HH Sheikh Sultan Bin Khalifa Bin Zayed Al Nahyan and trained by Eric Lemartinel, RB Burn will be challenged by some of the best Purebred Arabian horses with 4-year-old Fazza Al Khalediah also coming in with an awesome record.

To be ridden by Pierantonio Convertino, Fazza Al Khalediah will be looking for a 11th win in 12 starts with the second-place finish completing an impressive career so far.

The 14-horse field chasing a slice of the Dh 5 million prize fund has some classy contenders (detailed card attached) and will finish a great night of racing on Friday, November 9 at the Abu Dhabi Equestrian Club racecourse in the Year of Zayed.

Today’s draw will be followed on Wednesday with a ‘Meeting with the Stars’ that begins at 6.00 am at the Abu Dhabi Equestrian Club racecourse with live coverage on Yas TV and later at 3.00 pm a Press Conference will be held at the Anantara Ballroom.

On Thursday the Festival will host a meeting of the International Federation of Horse Racing Academies, IFHRA. The same day the documentary, ‘Leg Up, a Journey back into the Saddle’ will be screened at the National Archives auditorium.

After Friday’s race meeting, all the visitors and participants will on Saturday attend the Al Wathba Endurance Challenge and later in the night a Gala Dinner will bring the curtain down on the Festival’s finale.