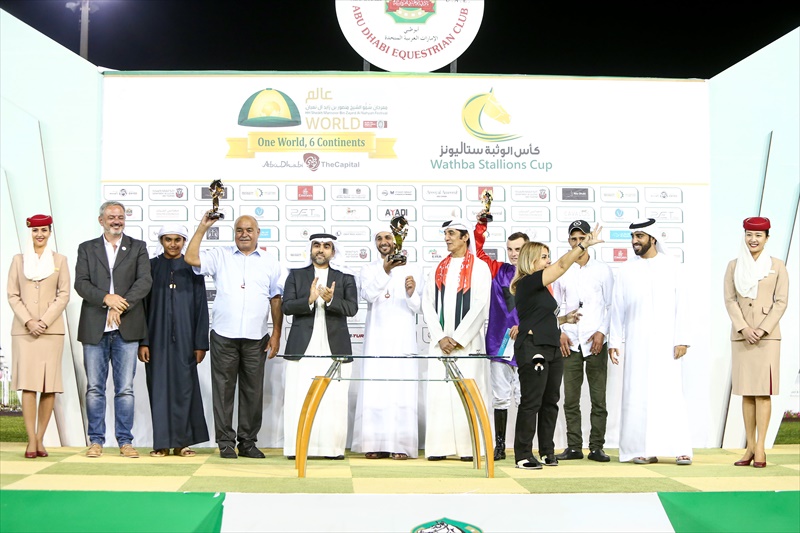 The Dh 70,000 race over 1400 metres was decided in the very last strides when Connor Beasley produced Hawafez with a desperate late lunge, snaring Sam Hitchcott and AF Hakeem, who had only led themselves about 100m out.

Trained by Ridha Bin Attia—saddling his first winner of the season, the 5-year-old Hawafez is now a winner twice after 20 starts; both over course and distance, having landed a maiden at this meeting 12 months ago.

Earlier the Purebred Arabian Sheikh Zayed Bin Sultan Al Nahyan National Day Cup (PA G3) was won by RB Torch, originally the first reserve but granted a place in the 16-strong field after the defection of stable companion Abhaar, who was withdrawn after spiking a temperature over the weekend.

Both, as well as two others—making for a quarter of the field—are trained by Eric Lemartinel for his main patron, the UAE President His Highness Sheikh Khalifa Bin Zayed Al Nahyan.

Recording an eight career victory, fifth on turf and third over course and distance, RB Torch was having his third start of the campaign, having twice been well beaten. Bouncing back in emphatic style, he settled in midfield under Fabrice Veron, chasing down leading duo AF Mahshoum and AF Al Sajanjle at the 200m pole and going on to victory.

“We broke reasonably, but then my horse took a little while to get into a rhythm,” Veron said. “Once he was settled, he was always travelling nicely and I was able to give him a little breather before challenging in the straight. He picked up well when I asked him and has won going away from the other at the end. You always know when riding for these connections that you have a good chance. Luckily, I was on the right one this evening.” 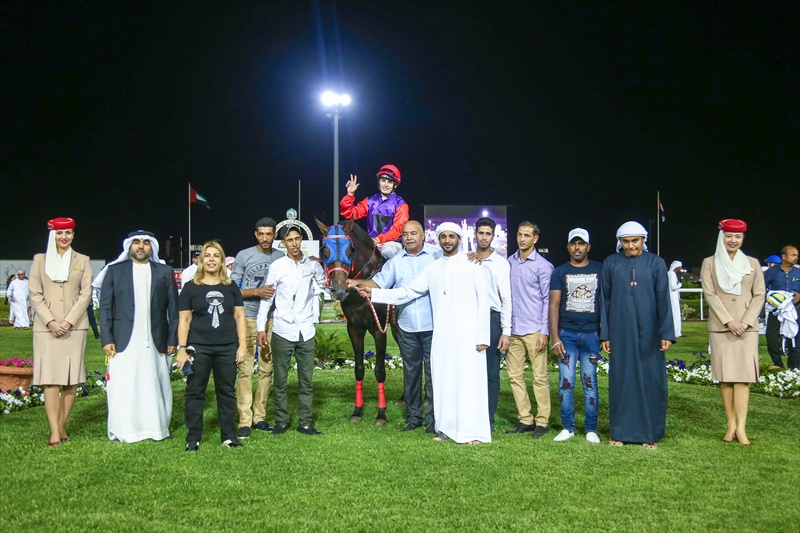