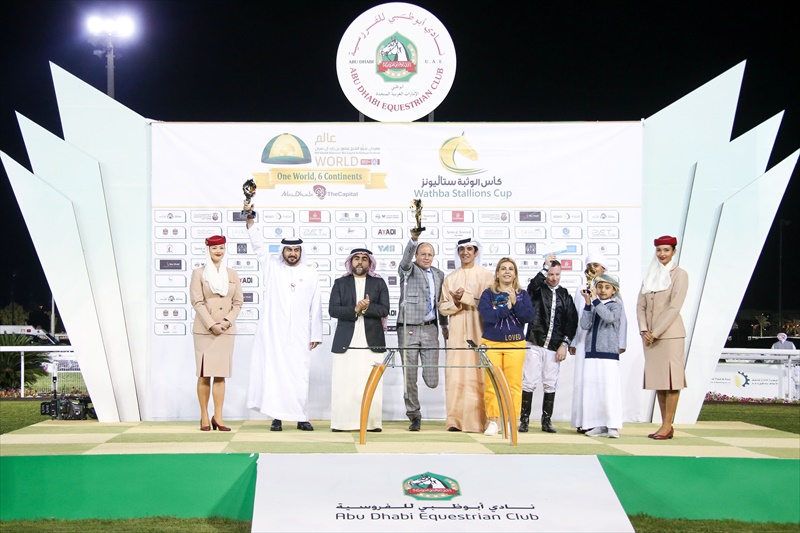 The Ernst Oertel-trained AF Kafu under O’Shea scored with a little over a length to spare from the Hilal Al Alawi-trained Shivan OA under William Lee while Emir De Carrere under Ben Curtis finished third in this Festival-sponsored race.

Trainer Ernst Oertel and owner Khalid Khalifa Al Nabooda only had one runner in the 2200m handicap and O’Shea completed his own double and a treble for owner and trainer when producing AF Kafu to lead close home.

Earlier Oertel and Al Nabooda first scored through debutante AF Moutherah under O’Shea. “She is a lovely big filly and from that wide draw I was keen to be positive and she is still very raw. Hopefully she has learned a lot from that and can improve markedly.

The final 200m seemed a long way because we have gone plenty fast enough early on and she was getting tired late on as she was entitled to. She is a filly we really like and—unusually for us—we have actually taken her for a couple of racecourse gallops to try and help her education so it is particularly pleasing she has won.”

Owner and trainer then supplied first and second in the Abu Dhabi Colts Classic (Prestige), over the same 1400m, but O’Shea was denied on this occasion by Antonio Fresu, who was never headed aboard AF Saab. Runner-up on his sole previous racecourse appearance, Fresu’s mount galloped on relentlessly in the straight.

“We had a double at Sharjah yesterday so it has been a good two days,” Al Nabooda said. “I have a very good trainer and we are lucky to be able to use these top jockeys.” 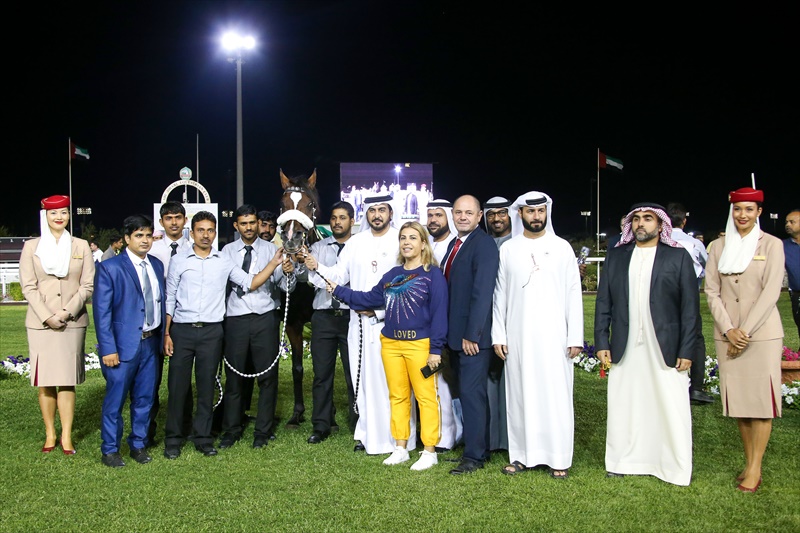 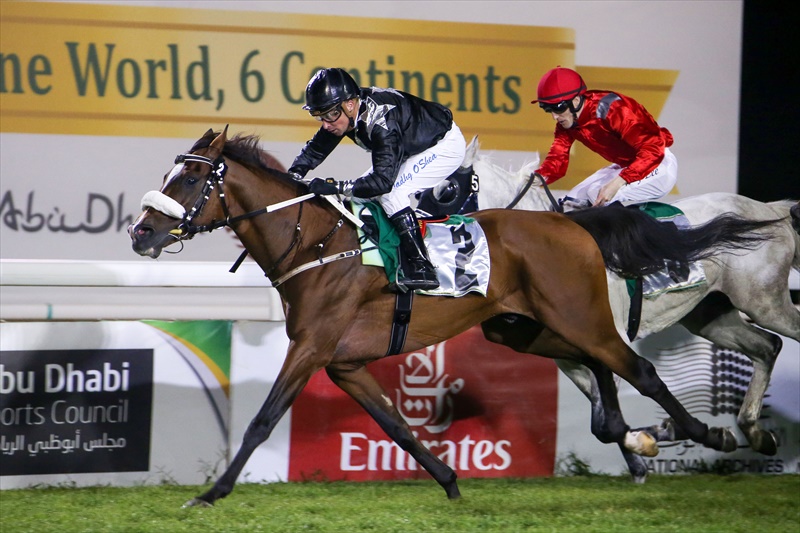