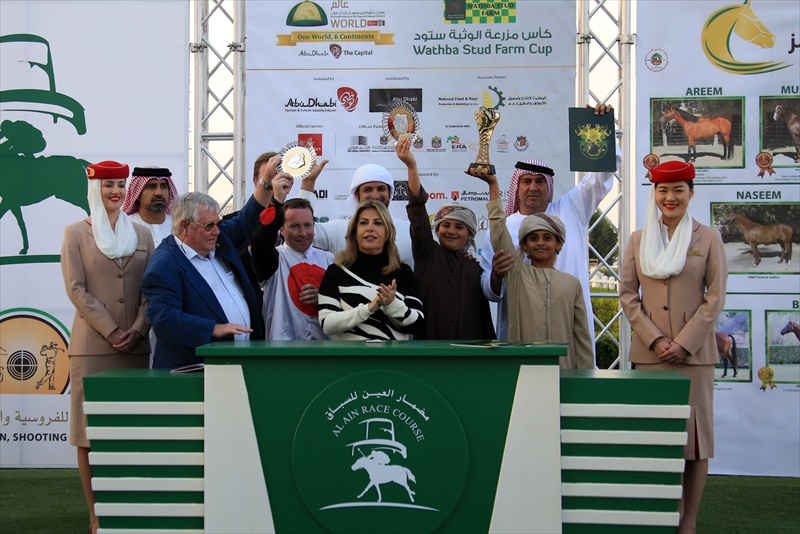 The Wathba Stud Farm Cup was the opening 1400m handicap and the Helal Al Alawi-trained Ameer Al Sraya, who was always travelling strongly under UAE Champion Jockey Tadhg O’Shea, won from stablemate Naiem under Patrick Cosgrave while in third place was Al Muwall’Aa under Goran Mesetovic.

It was the 11-year-old Ameer Al Sraya’s 7th win in 66 starts spread over nine years of competitive racing!

“I was fourth on him at Sharjah in November when I thought we were going to win so it is nice to land this one on him,” said O’Shea, who went on to complete a double later in the meeting. 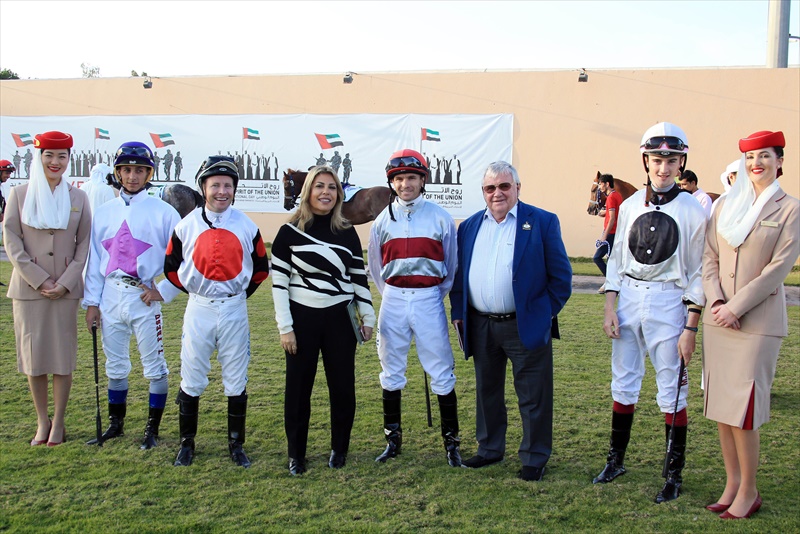 “I think the key is in leaving his challenge as late as possible, which I was able to do today,” he said.

“Al Ain has been very lucky for me and this is the perfect start to the meeting,” added O’Shea.

O’Shea completed the double with a smooth success on Ifraaj in a 2000m maiden. Recalcitrant before the race, he was a lot better behaved once the gates went back and won easily for the UAE President HH Sheikh Khalifa Bin Zayed Al Nahyan and trainer Eric Lemartinel. 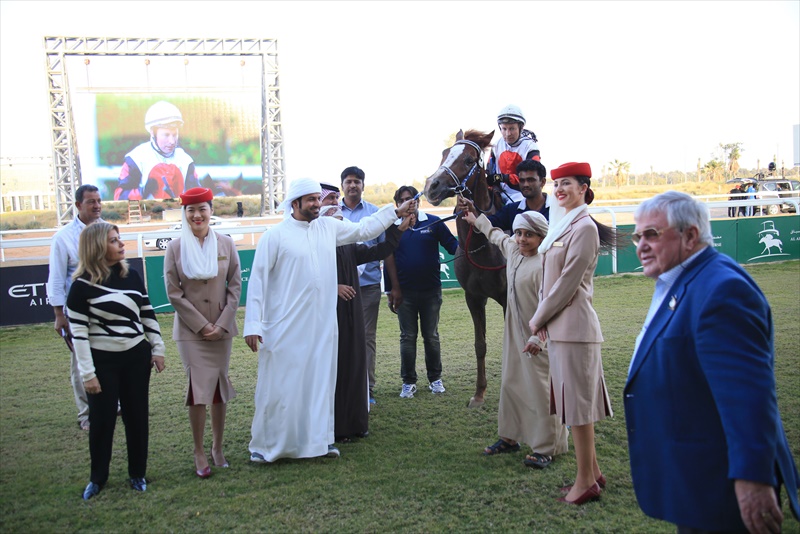