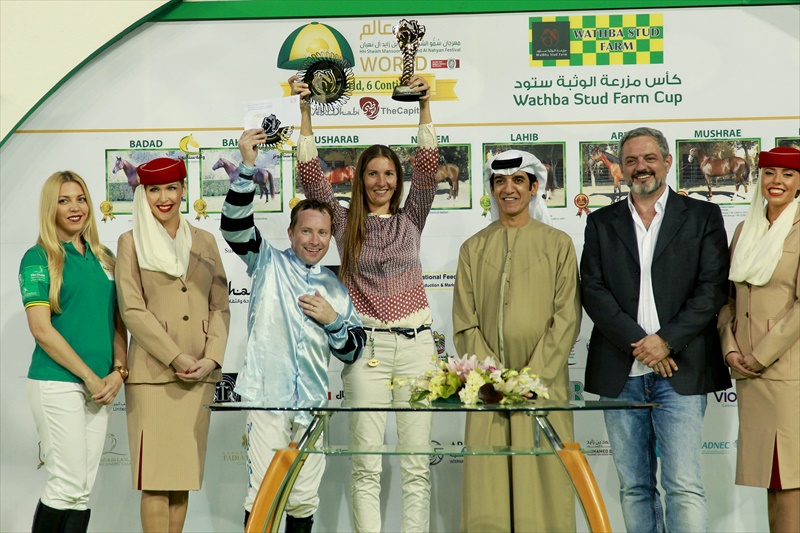 O’Shea’s win came on MH Tawag, trained by Elise Jeanne, who celebrated a Group One victory with Faucon Du Loup in the Al Maktoum Challenge R2 on Thursday.

Settled in behind the leaders, MH Tawag was asked to close on the home turn and, once sent to the front halfway up the straight, never looked likely to be caught.

The 5-year-old son of Bibi De Carrere was recording his third win in 12 starts in the 1600-metre race which carried Dh 70,000 on offer as prize money.

Bred and owned by Mansoor Khalifa Sultan Bin Habtoor, MH Tawag posted a less-than-a-length win over Madjanthis under Antonio Frescu while in third was Richard Mullen on AF Mukhifah.

“It has been a very special few days and a great achievement for a small stable,” said Jeanne. “We only have about 25 horses, including six Thoroughbreds and to be winning races during this part of the season is just brilliant for everyone. 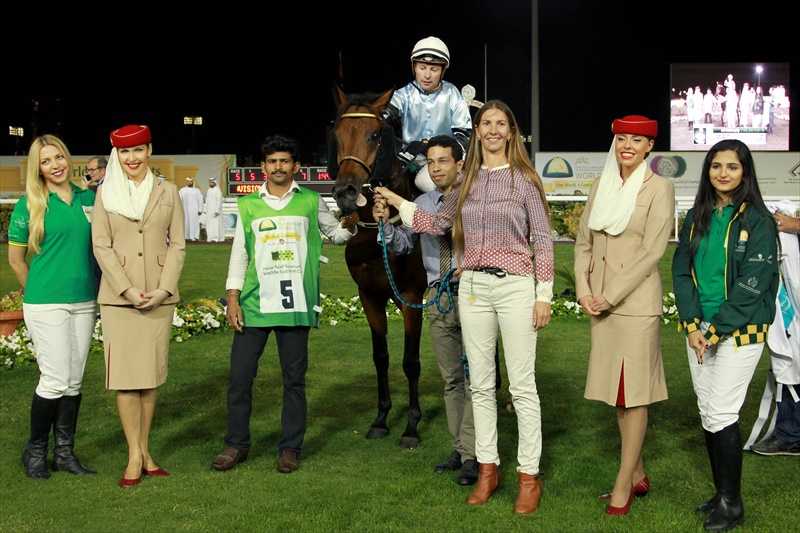 “Hopefully we have a lot to look forward to and the Kahayla Classic is certainly the target for Faucon Du Loup,” the winning trainer said. 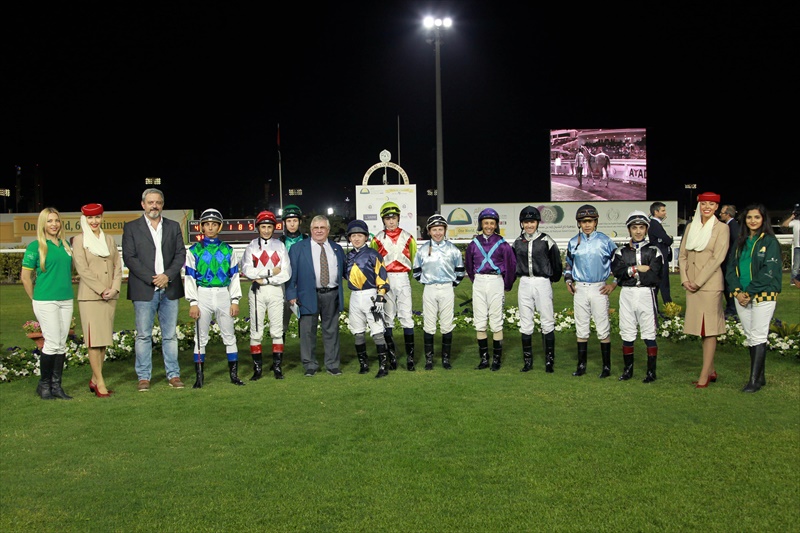 Swedish delight in Oman again as Stolt wins on Graffiti