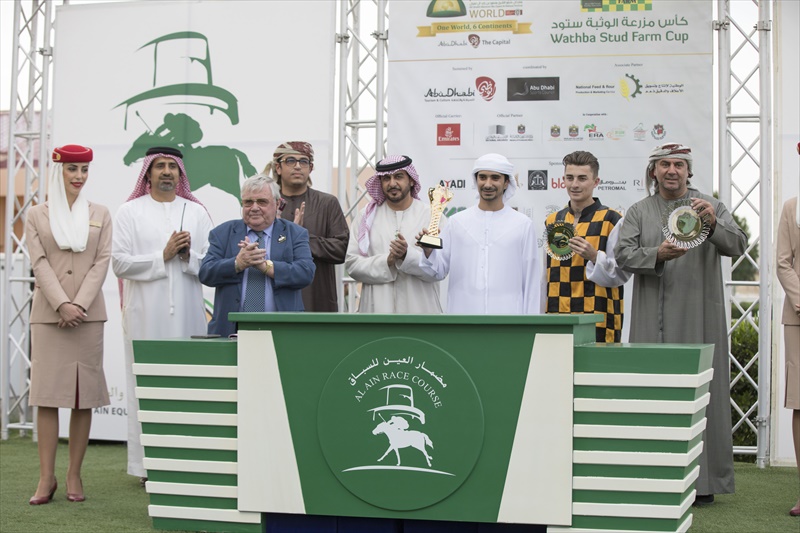 The Helal Al Alawi-trained Boss Des Vialettes last won on his UAE debut in December 2014 in Abu Dhabi and after 9 win-less attempts, struck in the Dh 70,000 opening 1400m handicap on Friday.

Though winning well, Boss Des Vialettes looked most unlikely to score turning for home when he only had two of the 15 runners behind him.

However, when pulled out by George Buckell, he produced a devastating finish down the outside, hitting the front 100m out and scorching clear.

The 6-year-old Dormane son, trained by the Emirati handler is owned by Eid Al Shamsi. Boss Des Vialettes, finished six lengths ahead of AZ Laheeb under Ismail Koyuncu while running into third place a neck behind was Naiem under Patrick Cosgrave.

“It was hard work out there and he was slow to get going early on,” said Buckell. “They went pretty quick up front though and, once I switched him out of traffic and asked him to chase, he really quickened nicely.

“He is a horse with ability as he showed today and everything fell nicely for him in the end.” 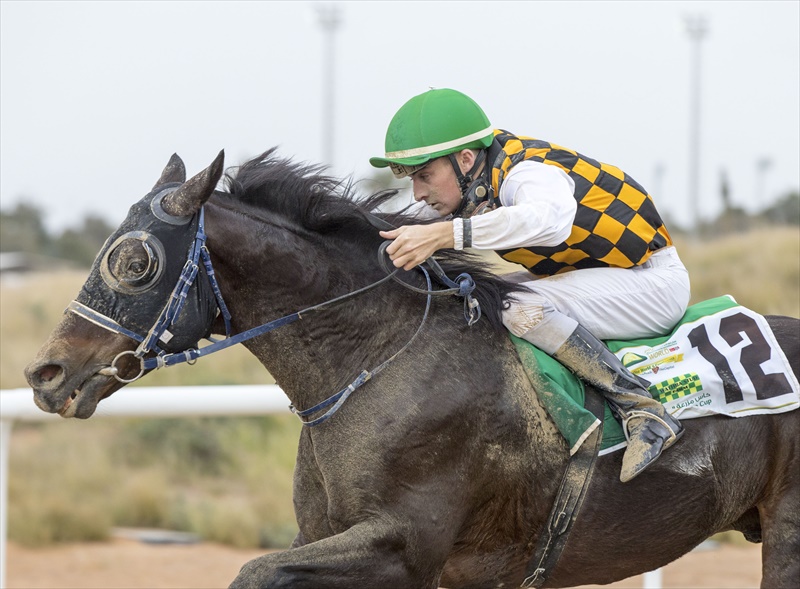 The trainer, who was not present as he was in Qatar with stable star Sniper De Monlau, completed a double with the smooth success of Al Gassimi in a maiden over 1800m later in the meeting. 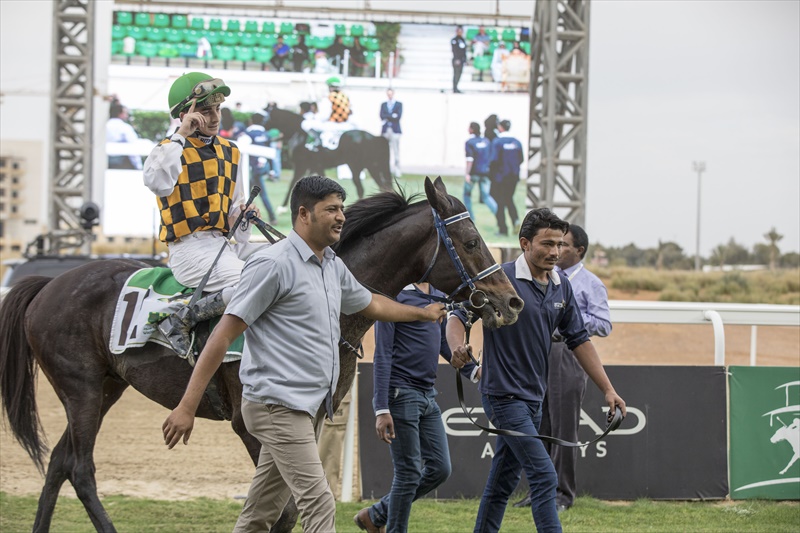