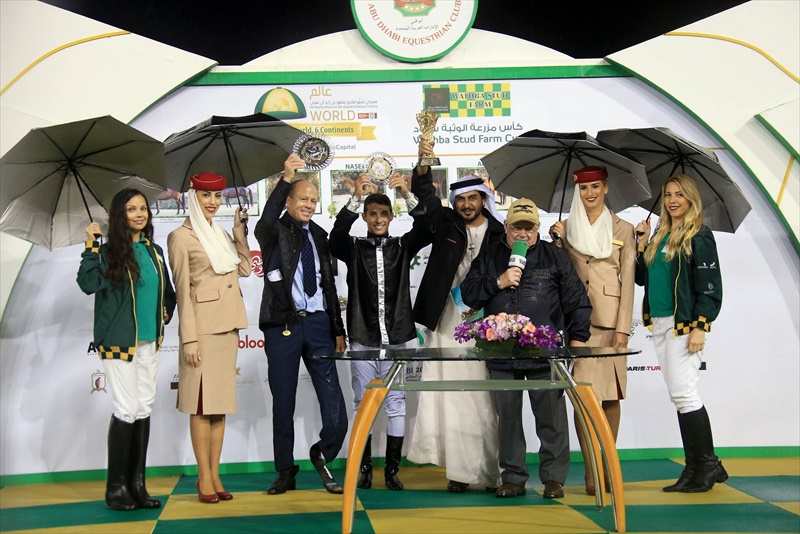 Al Naboodah and trainer Ernst Oertel in fact completed a double on Sunday and one of their wins came courtesy of AF Hakeem who was never headed in a 1400m handicap with Antonio Fresu aboard the winner.

The same connections’ AF Al Almaa looked a massive danger throughout the straight before weakening in the closing stages, losing second near the line to AF Al Mawhebah.

“He was always happy out in front and then responded well when challenged”, said Fresu. “You always know you have a chance riding for these connections as they do so well in these races.”

In the day’s feature – the Emirates Colts Classic Prestige – was totally also dominated by Al Nabooda and Oertel who supplied the first three home, headed by AF Al Sajanjle.

The choice from the trio of Richard Mullen, the winner tracked stable companion, AF Maher under Antonio Fresu before throwing down a challenge on the home turn.

Fresu’s mount put up a real fight and it was only about 300m from home that the winner took the initiative with the runner-up trying to fight back, ultimately, to no avail. Third was AF Yathroq.