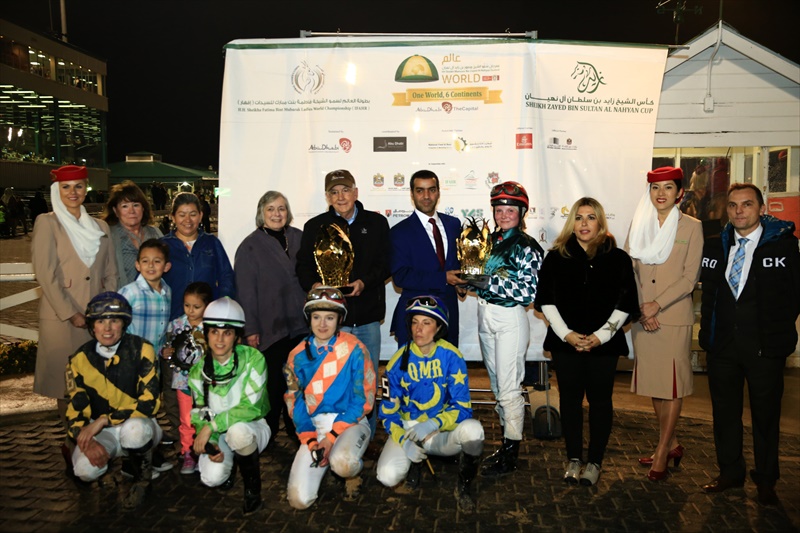 The 2015 and 2016 winner of the HH Sheikh Mansoor Festival’s Triple Jewel, Paddys Day, under Deshawn Parker, demolished his rivals to win the US$ 45,000 seven furlong Grade 1 contest comfortably.

The win in this Amethyst Jewel race puts the Scot Powell-trained 6-year-old son of Burning Stand in pole position to once again win the bonus of US$ 150,000 provided by the Festival to the horse that earns the maximum points after three ‘Jewel’ races here in the US.

Easter Man under Ivan Arellano and Quick Sand AA under Adrian Ramos finished second and third respectively after the 14-horse field was reduced to 13 when CR Ardiente pulled out. Sand Victor, the horse that beat Paddys Day in the third and final leg in Pleasanton last year, finished fifth under David Cabrera. 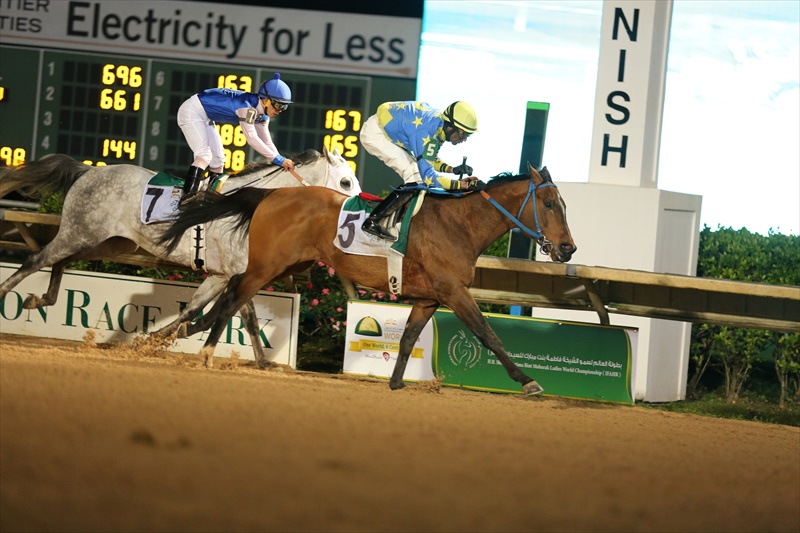 Before Paddys Day obliged his supporters the spotlight was on a 19-year-old school girl from Denmark. Lisa Lindbjerg was spot on riding the Jerenesto Torrez-trained Ruby AA to classy win in the Festival’s HH Sheikha Fatima Bint Mubarak Ladies World Championship race

“I’m truly happy and overwhelmed over this experience! It is amazing to get this opportunity, and I’m truly grateful to the HH Sheikh Mansoor Festival for giving me this chance,” said Lindbjerg.

“The race went as planned and Ruby AA was happy and ready, she was fantastic,” she said after winning from pillar to post.

“I was in Abu Dhabi last year for the final, but I didn’t ride. I can’t wait to ride in the final. That’s a dream come true to win this race and be in the final!” said the school student who works for two trainers in Aarhus.

HE Al Muhairi hailed the success of the Festival and thanked the UAE leadership for promoting UAE culture through the Purebred Arabian horses. 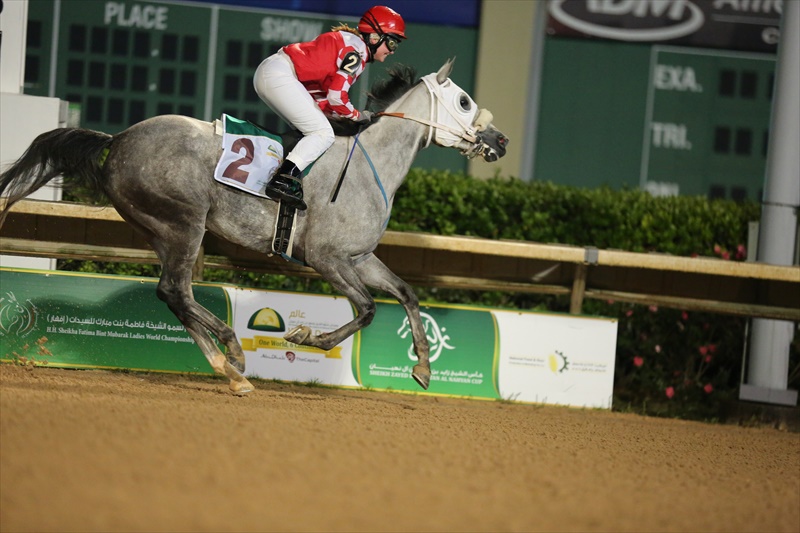 “We thank HH Sheikh Mansoor Bin Zayed Al Nahyan, Deputy PM of the UAE and Minister of Presidential Affairs for his support and for bringing this Festival to Houston,” he said.

“The success of young Lisa once again reiterates the depth of the Festival’s events in proving a platform for so many youngsters to showcase their skill and talent,” said Ms. Sawaya. 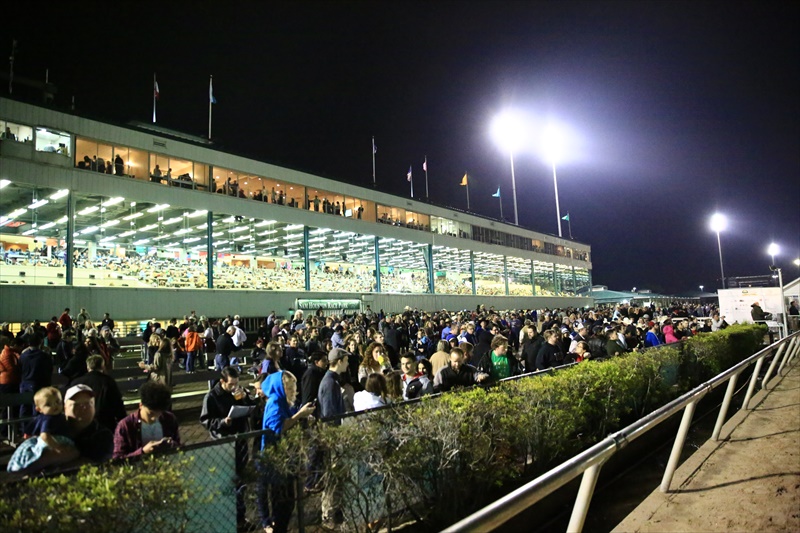