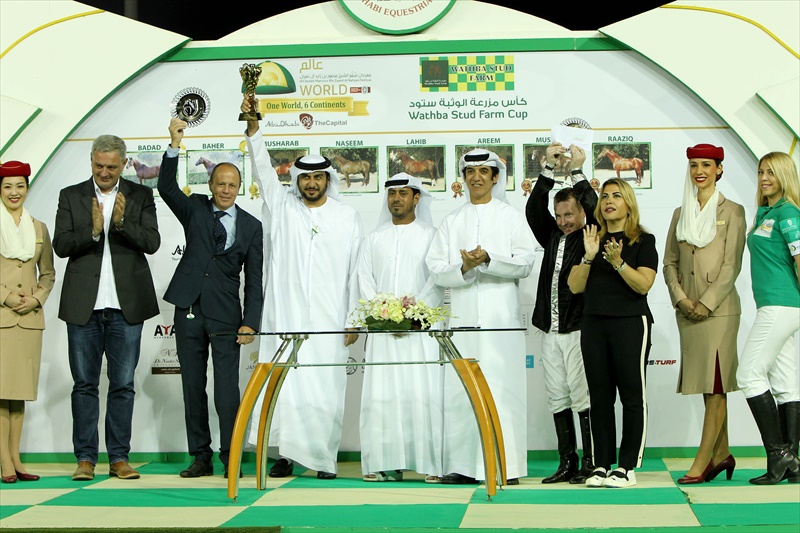 The combination first struck again in the opening 1400m maiden at the Abu Dhabi Equestrian Club racecourse on Sunday with debutant AF Asheham who was never headed under Antonio Fresu.

The owner and trainer celebrated a double, this time it was Tadhg O’Shea aboard the winner, Ibn Harmany Al Zobair, who led close home in a 1200m handicap. Royston Ffrench was soon in front aboard Naiem, tracked by Richard Mullen aboard AF Khafajeh, a stable companion of the eventual winner

but who was beaten early in the straight.

Ffrench’s enterprise appeared likely to prevail but his mount started to tire about 200m from home when O’Shea was able to conjure up a decisive late challenge from Ibn Harmany Al Zobair who was not actually bred by the owner.

“He stays 1400m well and this 1200m would be his minimum trip requirement,” said O’Shea. “There was a strong gallop early on which has really helped him utilise his stamina close home.”