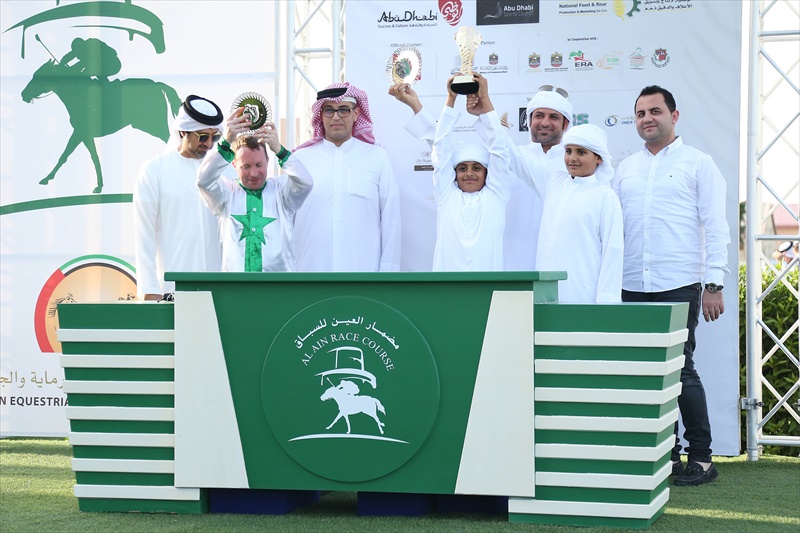 Tadhg O’Shea had made the perfect start to proceedings and was probably never headed aboard Naiem in the Wathba Stud Farm Cup, a 1600m handicap which began proceedings on the final race meeting here.

Naeim under O’Shea finished about four lengths ahead of Amadeusz BS under Richard Mullen with MH Lazzaz running into third place.

It was a third career success for Naiem, all at Al Ain, but first at this trip having scored both previous victories over 1400m, most recently in a handicap at the end of January.

His only previous attempt at 1600m had resulted in a heavy defeat on the Abu Dhabi turf, in November 2015, but he appeared to relish it here and had this race won from a long way out.