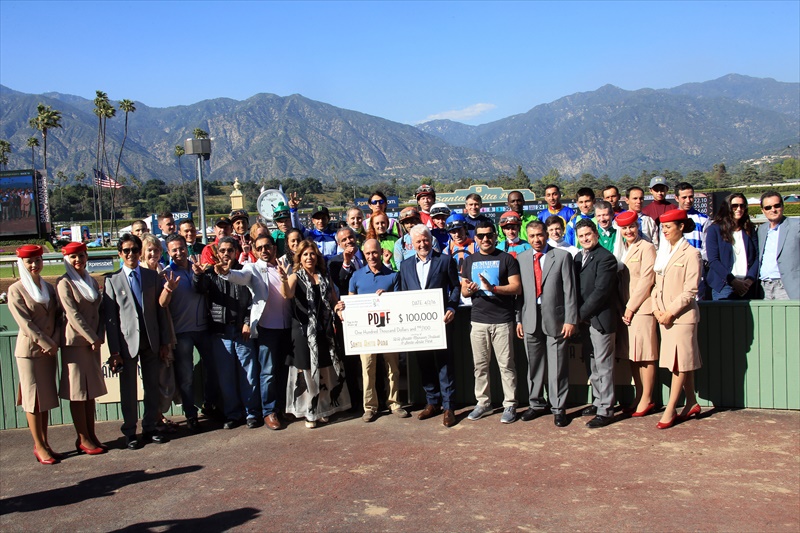 Saturday’s Grade I, $100,000 HH Sheikha Fatima Bint Mubarak Darley Award Stakes at Santa Anita race course will be a huge day for Purebred Arabian racing as some of America’s top jockeys will be riding the Purebred Arabian horses in the contest.

Thanks to HH Sheikh Mansoor Bin Zayed Al Nahyan Global Arabian Horse Flat Racing Festival, this Grade 1 race will be held as part of the US Darley Awards and the HH Sheikha Fatima Bint Mubarak Darley Arabian Awards (International) held under the umbrella of the Festival.

While some of the top Purebred Arabian horses led by Paddys Day will be in the starting line-up, a bigger boost for the Arabian equine stars is the fact that some of the biggest jockeys currently racing will participate in the race.

Victor Espinoza, who became the first Triple Crown-winning jockey in 37 years when he guided Bob Baffert’s American Pharoah to victory in the 2015 Belmont Stakes, is engaged to ride probable favorite Paddys Day.

Santa Anita regulars Chantal Sutherland will be on Ivory Shores, Edwin Maldonado will ride Easter Man, Rosie Higgins will be on Twice Rich, Chad Lindsay on Miss Paradise, Gallyn Mitchell on Raineing Sand and Brayan Pena on Lil Dude AA will add the glamour and excitement to this $100,000 Grade 1 race which is being run here for the second time since its debut last year.

With 12 in the fray the HH Sheikha Fatima Bint Mubarak Darley Award Stakes (Grade 1) is all set to provide an exciting tussle for supremacy with Paddys Day starting off as the favourite.

Last year Travis Wales on Thess Is Awesome shocked Paddy’s Day under Kelsi Purcell to win the first-ever HH Sheikha Fatima Bint Mubarak Darley Awards Stakes and they are back again to defend that win. 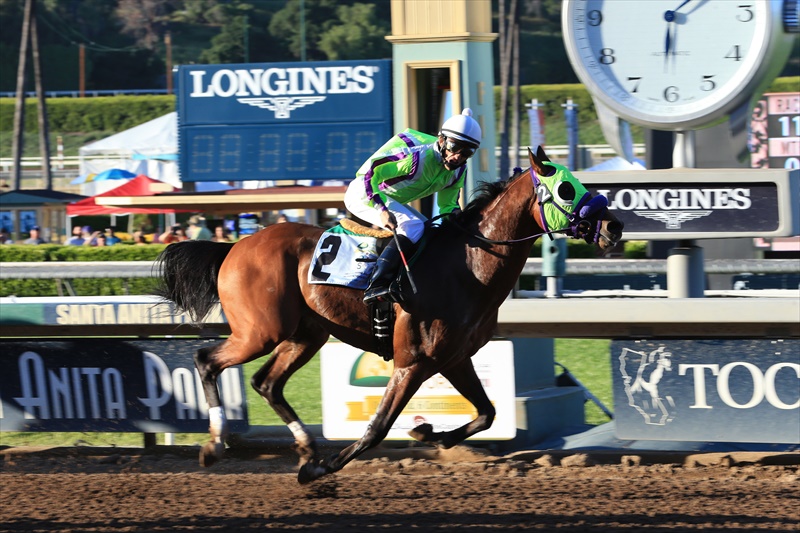 In addition to top flight Arabian-bred racing the HH Sheikh Mansoor Bin Zayed Al Nahyan Global Arabian Horse Flat Racing Festival and Santa Anita Park will collectively donate $150,000 to the Permanently disabled=”disabled” Jockeys’ Fund (PDJF), up from $100,000 a year ago. Hall of Fame jockey Mike Smith and a group of local riders will accept the check on behalf of the PDJF in a Winner’s Circle ceremony.

“This event is a welcome addition to our racing presentation and it helps to expose our sport to a diverse international audience. On behalf of The Stronach Group and everyone at Santa Anita Park, we would especially like to thank HH Sheikh Mansoor Bin Zayed Al Nahyan, Deputy Prime Minister of the UAE and Minister of Presidential Affairs and Ms. Lara Sawaya, Executive Director of the Festival for their support of jockeys worldwide,” Brackpool added.

Horse Flat Racing Festival, Chairperson of the International Federation of Horse Racing Academies (IFHRA), Chairperson of Ladies & Apprentice Racing Committees in the International Federation of Arabian Horse Racing Authorities (IFAHR) said, “Last year it was a historic debut for us at the Santa Anita race course. But with the star cast as far as jockeys are concerned who have confirmed to ride the Purebred Arabian horses on Saturday, this is a perfect advertisement for the progress Arabian racing has made in the recent past.”