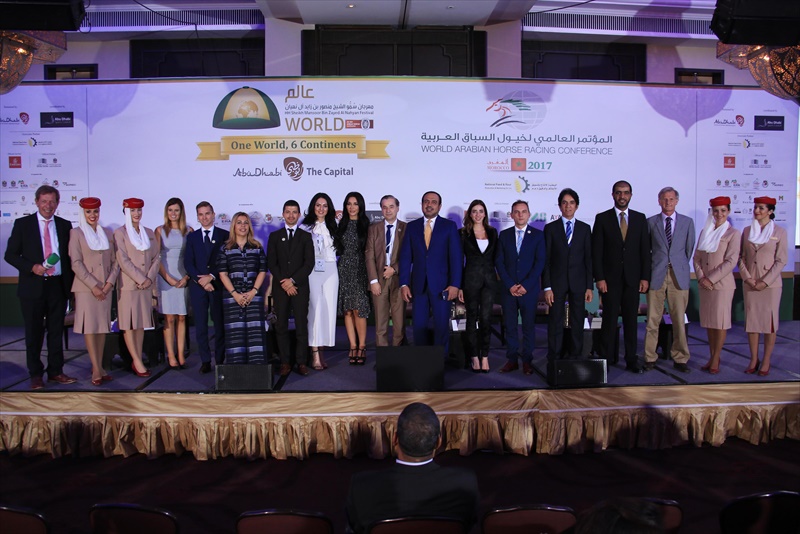 While experts, doctors and jockeys gave their views during the session on Jockeys’ Weight Control & Nutrition on Thursday, May 4, 2017, almost all of them agreed that ever since this subject was included in the WAHRC, and with the Festival-supported research on the same at the Liverpool John Moores University, jockeys now are more aware of what is on their plates and the methods of training to keep weight.

Dr. Pritchard on behalf of The Liverpool John Moores University expressed extreme gratitude to the HH Sheikh Mansoor Festival for the generous support in their research and development of Jockeys Weight management program. 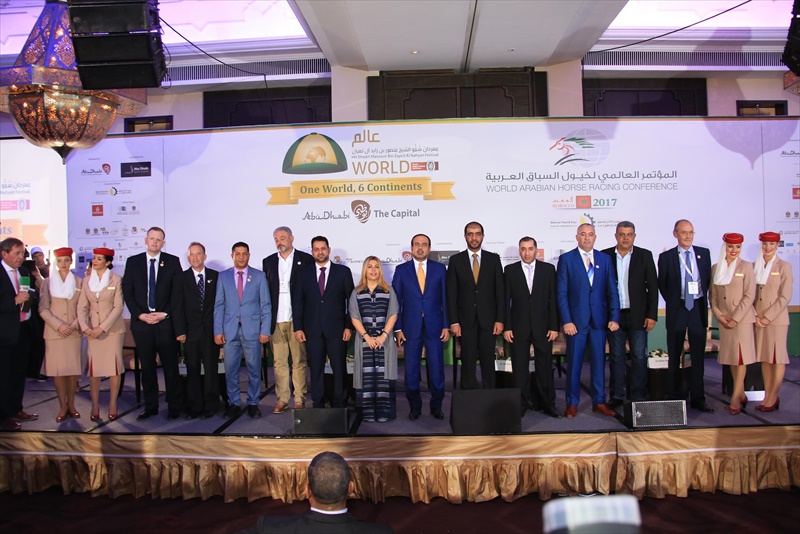 “This work was only made possible due to the Festival’s support. Although this three-year programme has now come to an end, it has prompted the British Horse Racing Authority, in conjunction with Racing Foundation, to continue this work and we are now able to offer any jockey in the UK the opportunity to visit the University, be assessed and have their own unique nutritional and weight management program produced,” he told the conference.

Mullen, the UAE’s champion jockey and Festival Ambassador, said: “Five years ago jockeys never thought of their food and training methods as athletes but now they do, thanks mainly to the Festival’s concerted efforts through such conferences. We can see a change in the mentality of jockeys.”

Mullen made a strong plea to root out ‘flipping’ (jockeys regularly induce vomiting or ‘flipping’ which is one of the more extreme dieting to make weight requirements) and said educating the younger jockeys was the most powerful tool in make them inculcate healthy practices of keeping weight. 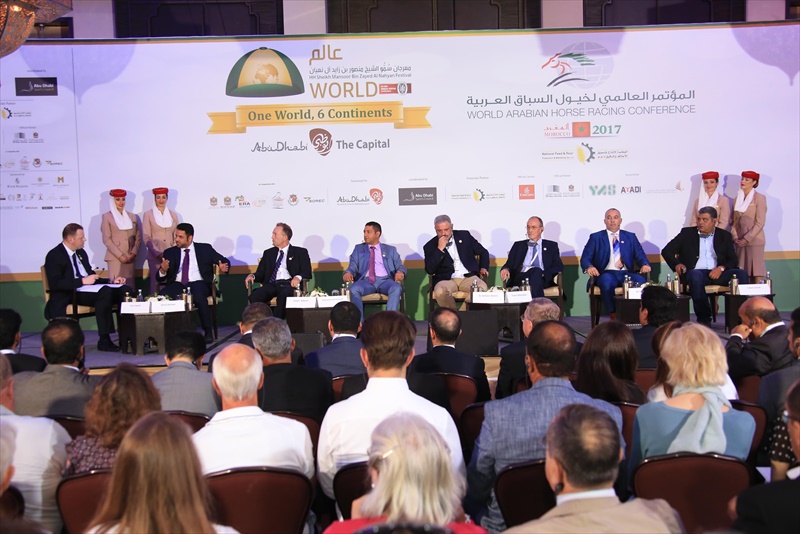 Ziani said jockeys will always face the weight problem and with taller jockeys entering the scene the challenge is that much more difficult.

Mahi Aramideh and Acaena Amoros advocated the use of vitamins, minerals and amino acids through IV while Dr Jamal Hout said jockeys should check for foods that are bad through a muscle response system ‘NAET’ while Schirmann felt everybody was different so jockeys should consult their doctors on the correct weight loss and nutrition methods.

Earlier in the morning the conference kicked off with the Breeding Session which was handled by Masoud Saleh (Bahrain) with Khalid Al Nabooda (UAE), Jean-Pierre Deroubaix (Fr), Ezzadine Sedrati (Morocco), Hassan Moussli (Syr/ Fr), Michelle Morgan (US) and Ahmad Rayan (Algeria) as panelists.

Al Nabooda said it takes four years before you know if you have bred and raised a champion and added that luck only plays a small part while Morgan gave an example of how between two full brothers, one goes on to be a champion while the other does not. She however said the other horse is still needed to keep racing going at the lower levels. 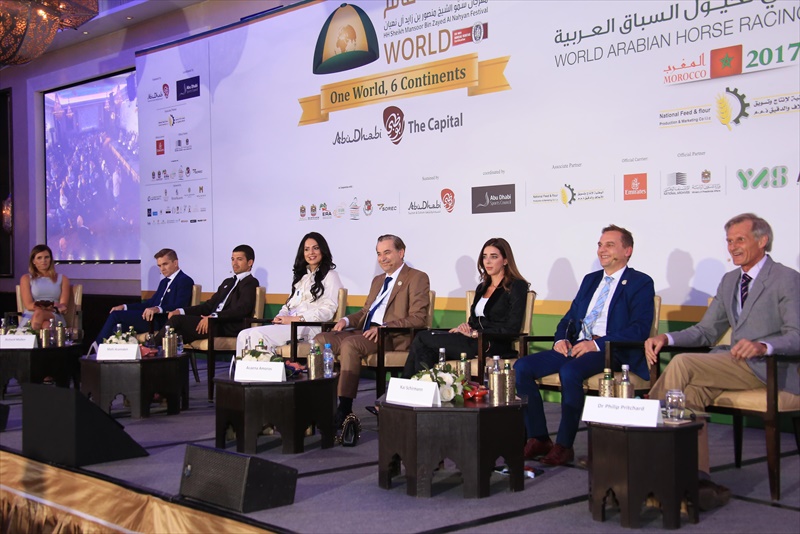 Jean-Pierre Deroubaix said Arabian horses understand love and hence needed to be treated differently and added that right education and information were tools to achieve anything.

Essam Abdulla urged breeders to avoid mistakes and develop an appropriate culture of breeding that will focus on quality rather than quantity.

Sedrati highlighted the support of the Moroccan government in helping breeders and also urged for racing competitions between nations and regions that could help the base of racing fans grow.

Hobson highlighted the fact that that Purebred Arabian racing and Thoroughbred racing were oblivious of each other and there should be more communication between them. He also confirmed that medication rules were rapidly changing and this would result in an even-playing field. 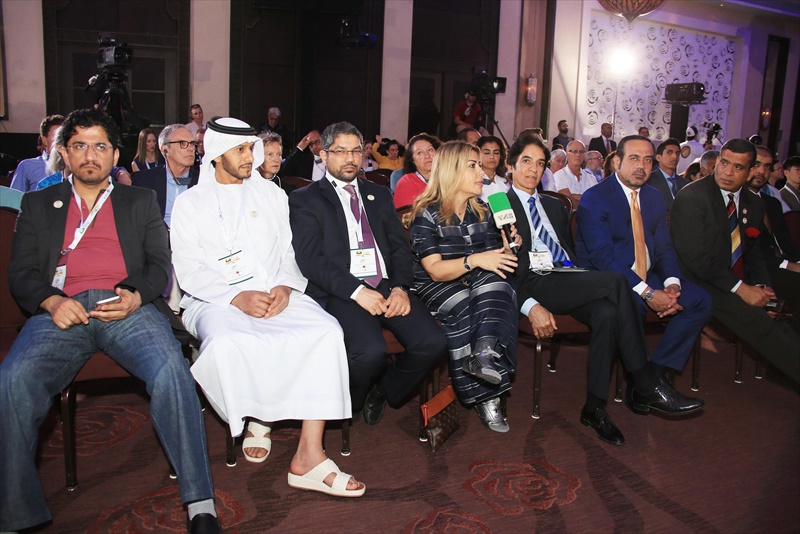 “Arabian racing was part of our life but now it is an industry hence we decided to go out of our country and race in England and France and that has given us substantial success,” said Oman’s Al Hashemi.

Dr. Daneri defined the role of a veterinarian in racing as one of support to the trainer and said together they can be the winning formula for a horse’s success.

The UAE trainer Al Alawi said the problem was that there were no enough races for maidens. “We have nearly 500 horses coming every year and at the end of the season about 400 are still maidens and then the next season these along with another 500 new horses of the next season pose a huge problem for connections to find races,” he said.

“Vets play a very important role in shaping champion horses. The process is complicated but the role of vets does make a huge difference between success and failure of the equine athletes,” said Dr. Alami, who also highlighted the role of sports medicine in racing.

Four more session will be held before the Workshop on Saturday followed by racing on Sunday. 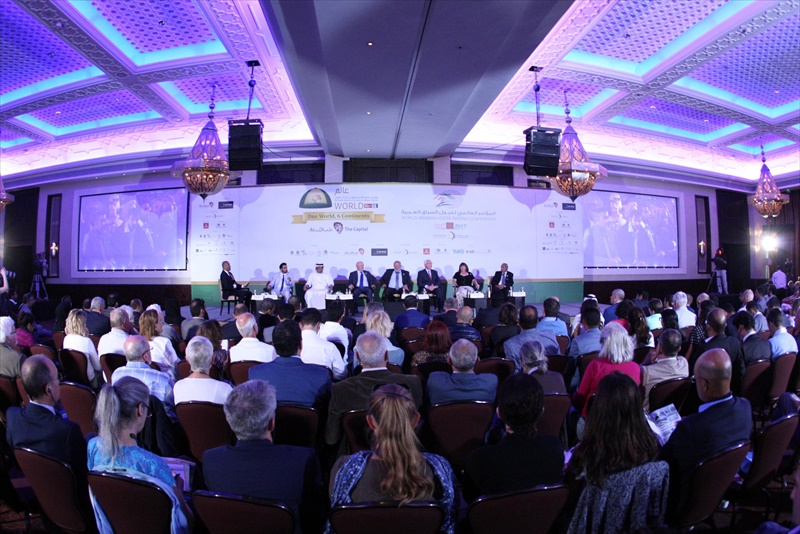