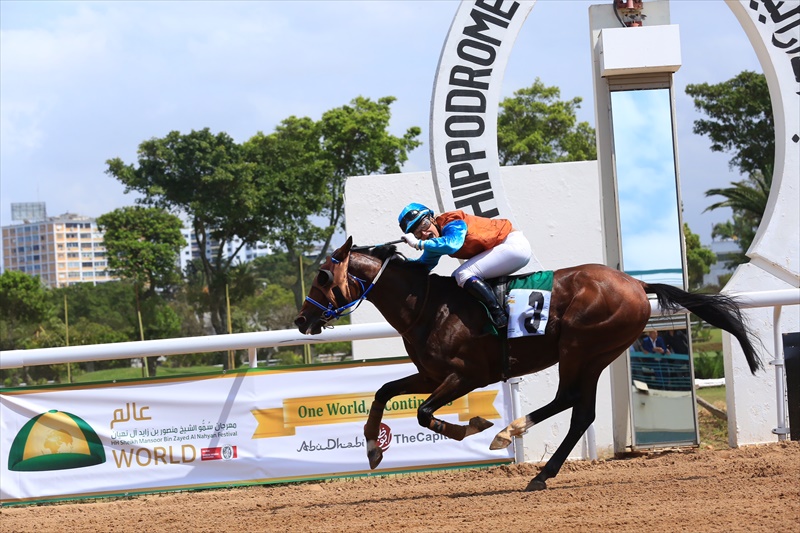 It will be four races of the HH Sheikh Mansoor Bin Zayed Al Nahyan Global Arabian Horse Flat Racing Festival that will feature the debut day.

Morocco, which stages 700 races every year with 40 per cent of them for Purebred Arabians horses -second only to Turkey- opens the racecourse located in Saada Commune in Marrakesh with the ‘UAE Abu Dhabi Race Day’ meting. The racecourse is built on an area of 34 hectares and has a racetrack of 1430 metres.

All four races are part of the Festival which was initiated in 2009 by His Highness Sheikh Mansoor Bin Zayed Al Nahyan, Deputy Prime Minister of the UAE and Minister of Presidential Affairs.

The race meeting is being held on the sidelines of the World Arabian Horse Racing Conference here and Omar Skelly, CEO of Society Royale encouragement du Cheval (SOREC) said, “Deeply embedded in Moroccan culture, horse racing has been organized in Morocco for more than a century.

This is one of the main missions of SOREC, which for more than 10 years has carried out important efforts of professionalization and organization aiming to reach the international standards of quality.

“This new Marrakech racecourse opens its doors for the first time on the occasion of the UAE ABU DHABI RACE DAY and that pays tribute to the privileged relations that unite the Kingdom of Morocco and the United Arab Emirates,” he said.

“Over the last three days the WAHRC has been a huge success and now with action on the tracks, all this has been possible only due to the support and guidance from His Highness Sheikh Mansoor Bin Zayed Al Nahyan, Deputy Prime Minister of the UAE and Minister of Presidential Affairs and Her Highness Sheikha Fatima Bint Mubarak, Chairwoman of the General Women’s Union, Supreme President of the Family Development Foundation (FDF) and Head of the Supreme Council for Motherhood and Childhood,” she said.

“Over 400 members of racing fraternity drawn from 86 countries will be there and this will be a huge moment for the Festival, Morocco and Purebred Arabian horse racing,” Ms. Sawaya said.