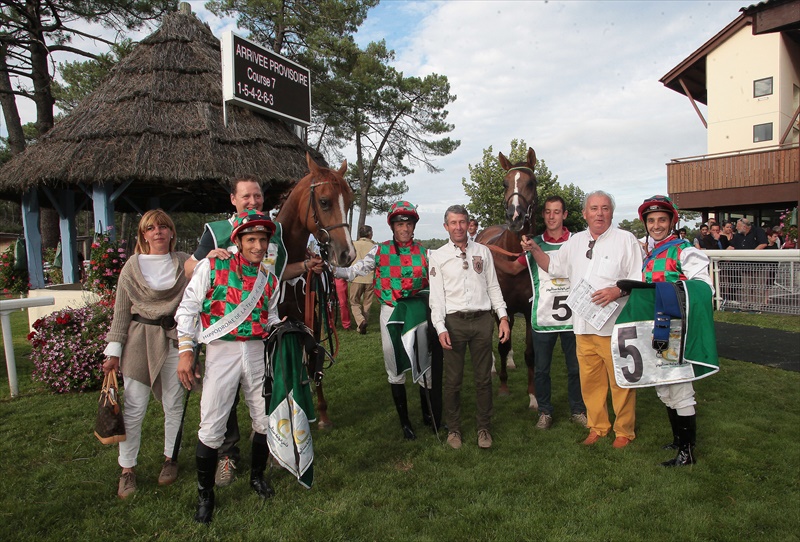 It was a 1-2 finish for horses owned by HH Sheikh Mansoor Bin Zayed Al Nahyan, Deputy Prime Minister of UAE and Minister of Presidential Affairs in the Listed Prix Burkeguy-Wathba Stallions Cup race held at the La Teste de Buch racecourse in France on Sunday.

Mabrooka under Alexander Gavilan finished less than a length ahead of stablemate Rmmas under Roberto-Carlos Montenegro to make it a 1-2 for HH Sheikh Mansoor’s Yas Horse Racing management in the Euros 25,000 race held as part of the HH Sheikh Mansoor Bin Zayed Al Nahyan Global

In fact Yas had three runners in the field and Mirna under Emilien Revolte finished 5th.

Mabrooka, trained by Didier Guillemin, took 1:31.57 to cover the 1400-metre distance in the turf contest and finished three-quarters of a length ahead of Rmmas in second place with Al Mounteze Monlau under Jean-Bernard Eyquem finishing third.

It was a fourth straight win for the 5-year-old Mahabb mare and another breeding success for the HH Sheikh Mansoor-owned Wathba Stallions. 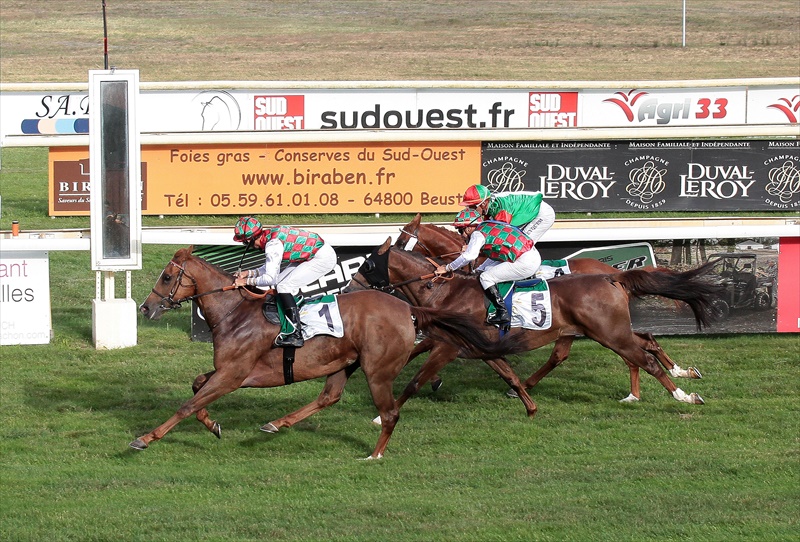 Another success for HH Sheikh Mansoor in France