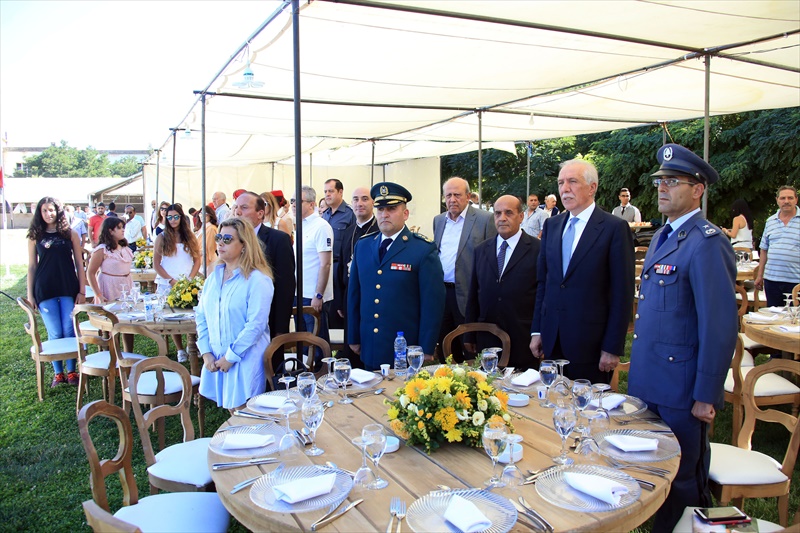 Under the patronage and support of the HH Sheikh Mansoor Bin Zayed Al Nahyan, UAE Deputy Prime Minister and Minister of Presidential Affairs, the two-day fifth National Arabian Horse Show Championship was organised by the Purebred Arabian Horses Breeders in Lebanon at the Saint Anna School, Rayaq Baalbek on Saturday.

Mohammed Al Eraibi’s horses were in fine form and they dominated in the younger horse categories in this popular annual event.

The event was held as part of the 9th edition of the HH Sheikh Mansoor Bin Zayed Al Nahyan Global Arabian Horse Flat Racing Festival under the slogan of One World 6 continents Abu Dhabi The Capital.

Top Arabian horses displayed their beauty, agility and endurance on the first day of the two-day show.

Meanwhile, A G Mia Ox, owned by Mohammed Al Eraibi, has claimed the One Year Olds trophy after collecting 89.76 points ahead of stablemate Silwat and Lebnaniah for Bilal Araji.

In the Two Years Olds category, Juline Oaker scored 90 points to win the gold for Mohammed Al Eraibi, as Laith came second and behind them finished Raihana.

Mohammed Al Eraibi stables continued to lead and Sedena went on to win the Three Years Olds category with 90 points ahead of runners-up My Niksa and Fonaria.

Elsewhere, SS Falcon walked away with the Two Years Olds colts trophy for Samir Farhat after scoring 86.67 points. Shahryar was second and Ikaneeq was third.

However, the trophy of the Three Years Olds colts was won by Alniro for Omer Al Nuaimi with 89.67 points, followed by Majd Al Amin and Fersan respectively.

Finally, Amina won the 7-9 Years Olds mares with 90.67 for owner Hisham Al Khalil as Galawi came second and behind these finished Najla Al Zaeem.
Ms Sawaya commented: “The event was outstanding from the organizational perspective. The crowd was impressive and the official presence added status to the championship. The quality of the horses which participated in the show was very high and the breeders have strongly supported the competition as some of them have imported horses from the Arab world and Europe to represent them in the championship.”