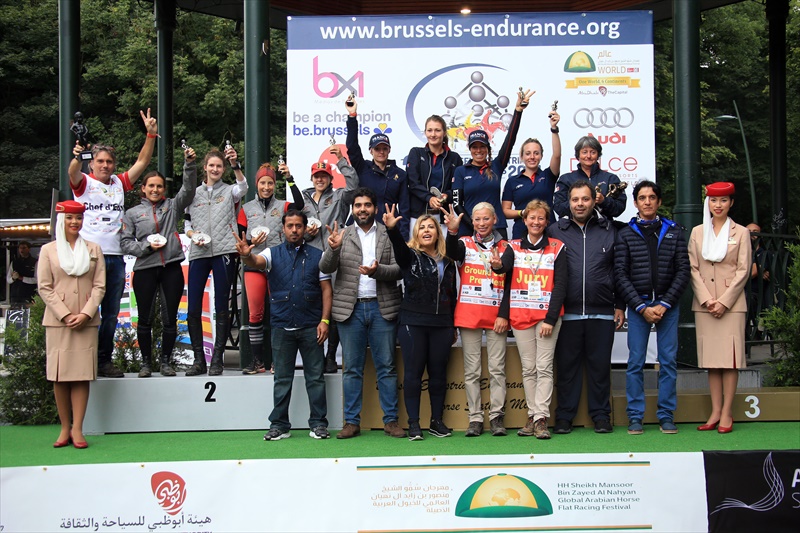 In fact it was heartbreak for the UAE lady rider Alyazia Al Romaithi in the HH Sheikha Fatima Bint Mubarak Nations Ladies Cup and for the UAE rider Butti Ghemran Al Qubaisi in the HH Sheikh Mansoor Bin Zayed Al Nahyan Cup as both of them led going into the final stage but could only end up in second places.

The ladies ride was one of the most hot-contested events and when the final three crossed the finish line after negotiating the 120-km distance, just two seconds separated the top three.

10-year-old Holoutaria and in close third was Virginia Atger of France on Quersane Des Pins.

It was a very great end to a highly competitive ladies ride at the Bois de la Cambre, an urban public park situated on the edge of the Sonian Forests in the Belgian capital of Brussels.

After three stages of 39.5kms, 32.7kms, 30.3kms in the 120-km ride, the final stage of 23.4 kms left, the UAE’s Alyazia Al Romaithi on Holoutaria was five seconds ahead of the Danish rider while a second behind in third was Atger of France. With leads changing hands and the three riders in a very competitive mode, they finished almost together but one second separated Neland from the UAE’s top rider Alyazia and Atger finished third for the Bronze.

Merethe Neland and Paragon completed the 120-km distance in a time of 6 hours 28 minutes and 06 seconds, with the Alyazia and Atger finishing one second behind respectively.

In the team championship among ladies, France took the Gold while hosts Belgium helped themselves to Silver and they were the only two teams that had three riders from their team completing the ride. 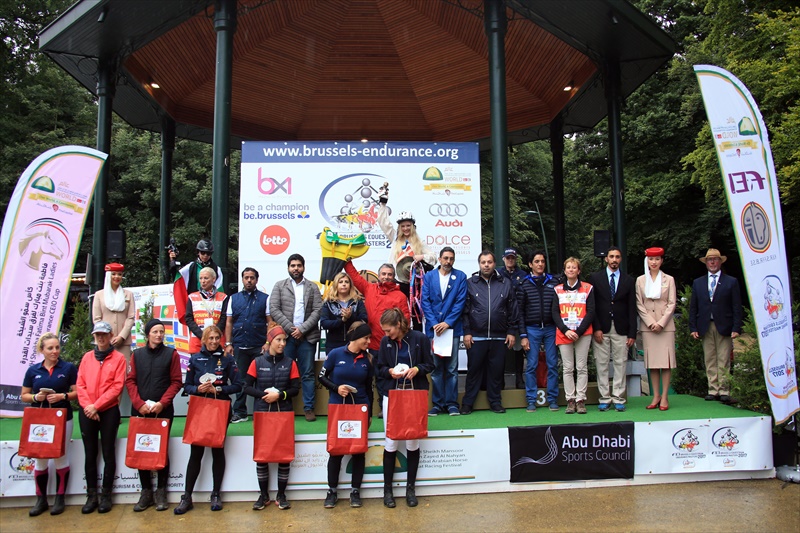 In the 120-km HH Sheikh Mansoor Bin Zayed Al Nahyan Cup International CEI two-star ride, which was run along with the HH Sheikha Fatima ladies ride, three UAE riders were in the top four going into the final stage with Butti Ghemran Al Qubaisi on Ffaramir ahead of Sebastien Valerio of France riding Gindastik. Butti and Ffaramir had led every stage until the final one and that seemed to take its toll. The Frenchman and his horse Gindastik stayed steady and won the 120-km ride in 6 hrs 33 mins and 04 seconds while Butti Ghemran Al Qubaisi on Ffaramir completely slowed down keeping the welfare of the horse in mind and completed over 45 minutes behind the winner. Ahmed Ali Al Marzouki on Uperkut Charbonnier finished third for the UAE.