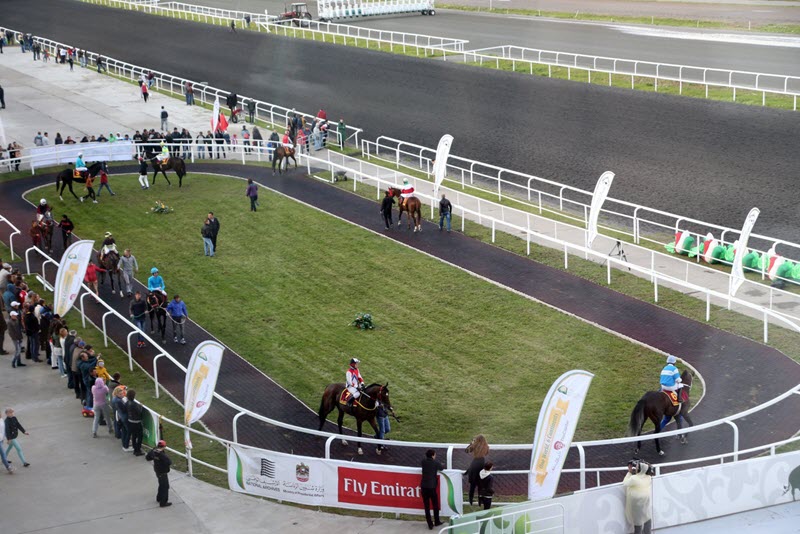 The races gives Apprentice jockeys a chance to win and qualify for the prestigious final of the Sheikha Fatima Bint Mubarak Apprentice World Championship which is scheduled to be held in the UAE capital Abu Dhabi on November 10, 2017.

This race was a great hit when run in 2016 at the same venue as Belgium’s Emilie Goudman rode Katrusya, a last minute entrant to win the 1600-metre contest.

The eight runners in the fray that will be allotted to the Apprentice jockeys through an open draw are Blacktaks, Pibedi, Batenisa, Irma, Grandinka, Arabian Queen, Martinia and Digon.

Sergey Vasilenko, the Director of Kazan International racecourse said: “We have made all preparations and we are expecting a large crowd. Purebred Arabian racing has been improving in our region and we thank the HH Sheikh Mansoor Bin Zayed Al Nahyan Global Arabian Horse Flat Racing Festival for the continued support.

“The HH Sheikha Fatima Bint Mubarak Apprentice World Championship has so far in 2017 visited Oman, Morocco, Italy, Germany, Denmark, United Kingdom and Poland. After this Kazan leg, the Apprentice Championship series will be part of the Festival’s exciting debut at Monmouth Park in New Jersey, USA on September 4. After that the Apprentice jockeys will get two more opportunities with races in France and Algeria,” said Ms. Sawaya.