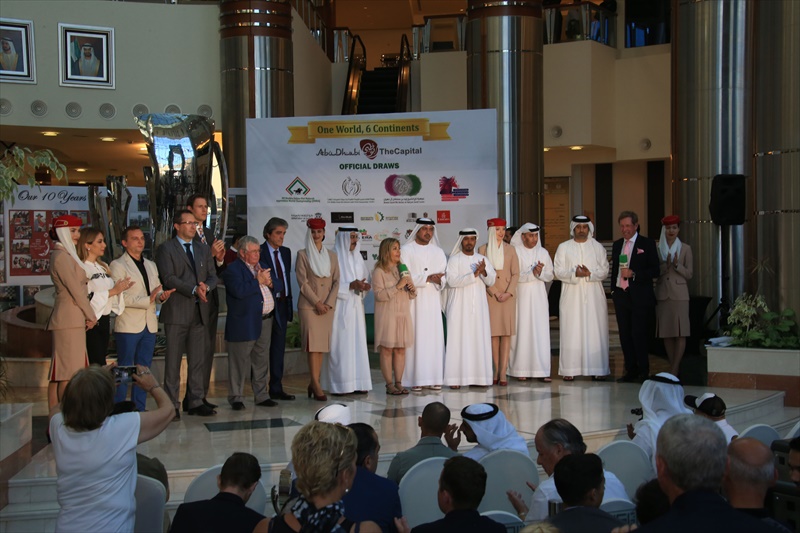 An impressive draw ceremony kicked off what is set to be a fascinating week in Abu Dhabi as the line-ups for the world’s richest race for Purebred Arabian racing, two world championships and a newly-introduced ponies race were all held at the National Archives under the banner of the HH Sheikh Mansoor Bin Zayed Al Nahyan Global Arabian Horse Flat Racing Festival.

The ‘One World, Six Continents’ event which started with the draw in the UAE capital on Tuesday, November 7 is being held under the patronage of Sheikh Mansoor Bin Zayed Al Nahyan, Deputy Prime Minister of the UAE and Minister of Presidential Affairs.

Last year’s winner RB Burn is back in contention for the Euros 1.2 million Sheikh Zayed Bin Sultan Al Nahyan Cup Crown Jewel (Group 1) on November 10, 2017 and also drawn alongside are some fancied runners. 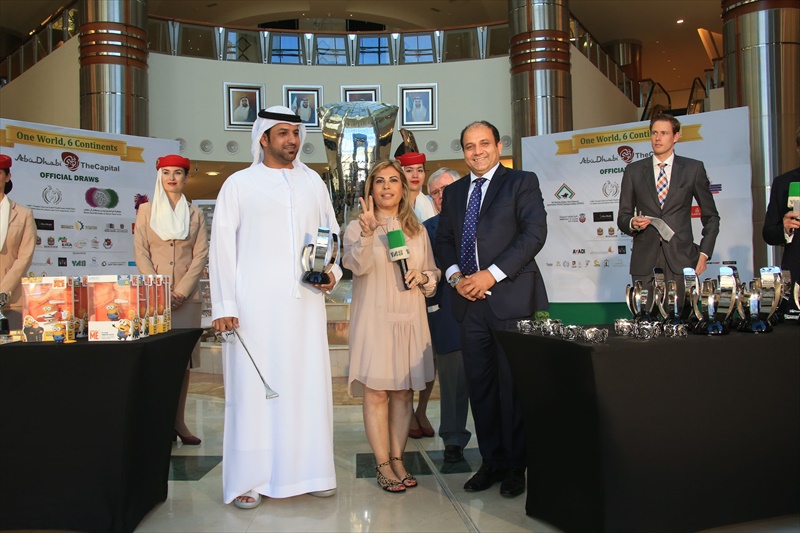 Omani Lady jockey Fatma Al Manji will be riding the Jaci Wickham-trained Silk Stockings and will be joined by the winners of 13 races held all over the globe as they contest in the HH Sheikha Fatima Bint Mubarak Ladies World Championship (IFAHR) final.

Similarly the draw for the HH Sheikha Fatima Bint Mubarak Apprentice World Championship (IFAHR) was also held and 12 Apprentice jockeys from around the world will be bidding to win the final on Friday, November 10.

In another first of its kind, the Festival unveiled the world’s first-ever ponies’ race and nine young jockeys including two from the UAE will race in the HH Sheikha Lateefa Bint Mansoor Bin Zayed Al Nahyan International Pony.

Ms. Lara Sawaya said the Sheikha Lateefa Pony Race is the only one of its kind in the world and is being held in Abu Dhabi. 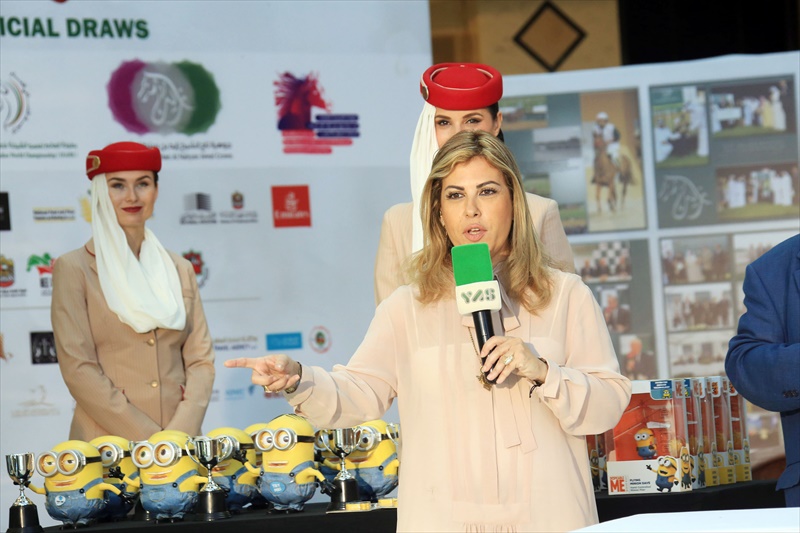 Apart from the two from the UAE, the young jockeys hail from Belgium, Denmark, England, France, Ireland, Italy and Sweden.

“The race is held under the initiatives of HH Sheikh Mansoor Bin Zayed Al Nahyan, to promote the new generation of riders who will one day end up as Professional jockeys.”

She pointed out that the 14-year-old Belgian rider Ebbe Verhestraeten has already competed in 700 races winning 270 of them, having started his career at the tender age of seven! Another youngster to watch for will be 12-year-old Rocco James Dettori, son of ace jockey Frankie Dettori.

Ms. Sawaya said the presence of 800 people representing 88 countries from all continents of the world including experts, educators, owners, trainers and other connections of horse racing confirms the logo of the Festival, which is ‘One world, 6 continents Abu Dhabi, the capital’. 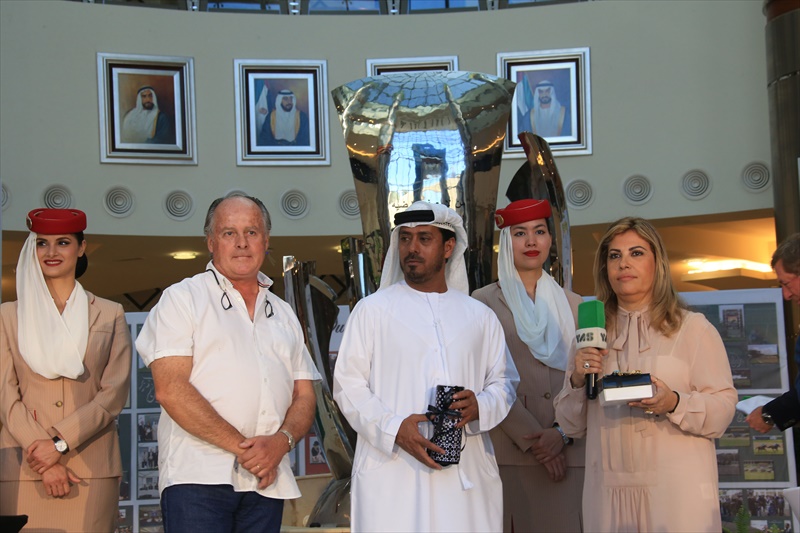 The UAE envoy to Oman, HE Al Suwaidi said, “In this edition we celebrate the 10th anniversary of the this international Festival, which, with each passing year, has advanced strongly and made its presence felt on the global sporting map.”

Dr. Abdullah Al Raisi hailed the support of His Highness Sheikh Mansoor and Her Highness Sheikha Fatima Bint Mubarak, Chairwoman of the General Women’s Union, Supreme President of the Family Development Foundation (FDF) and Head of the Supreme Council for Motherhood and Childhood for the success of the Festival and added that 2018 was a hugely significant year as it marks the 100th anniversary of Sheikh Zayed Bin Sultan Al Nahyan, ten years of the HH Sheikh Mansoor Festival and 50 years of the National Archives.

Faisal Al Rahmani, President of the International Federation of Arabian Horse Racing Authorities (IFHAR), said the Festival had earned a lot of respect for Purebred Arabian racing and its connections since it started in 2009. “IFAHR and the Festival will co-operate on many fronts and we at IFAHR have a lot of plans to streamline and boost Purebred Arabian racing,” the UAE’s Al Rahmani said.

The International Federation of Horse Racing Academies (IFHRA) will hold its General Assembly at the Anantara Eastern Mangroves Hotel on Wednesday, November 8, 2017. 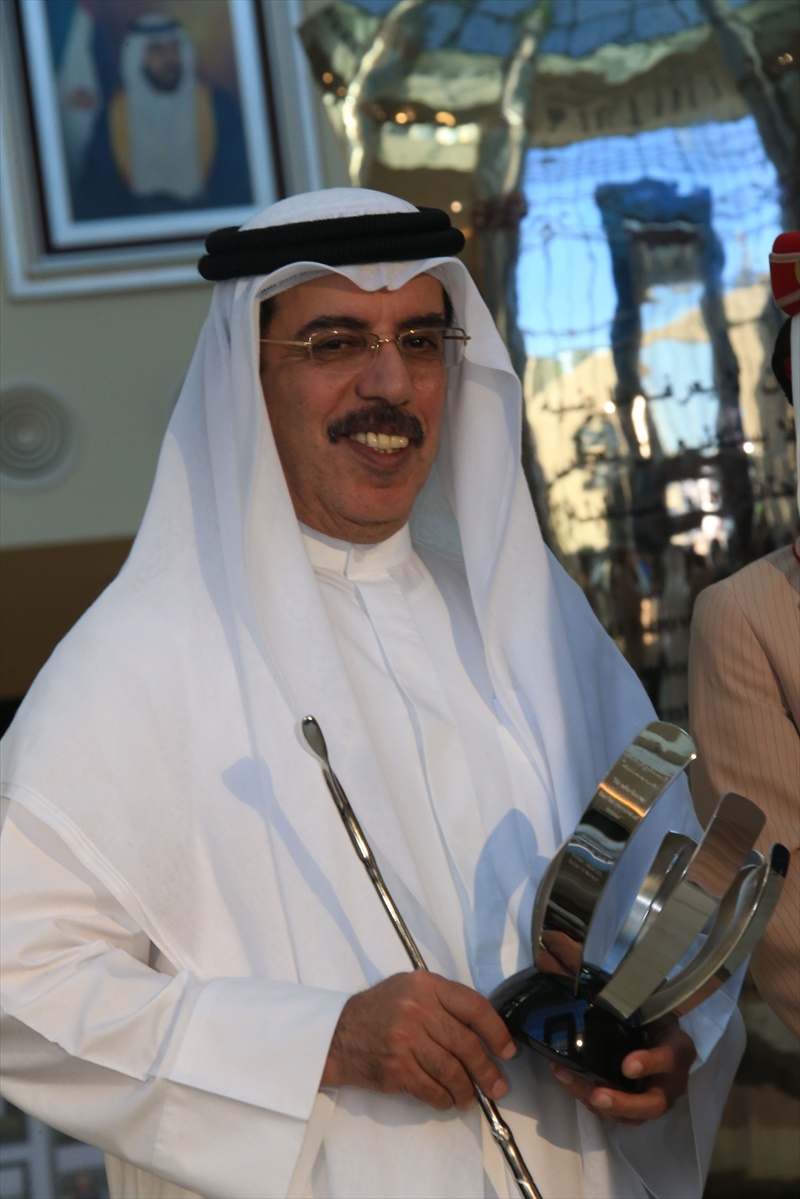