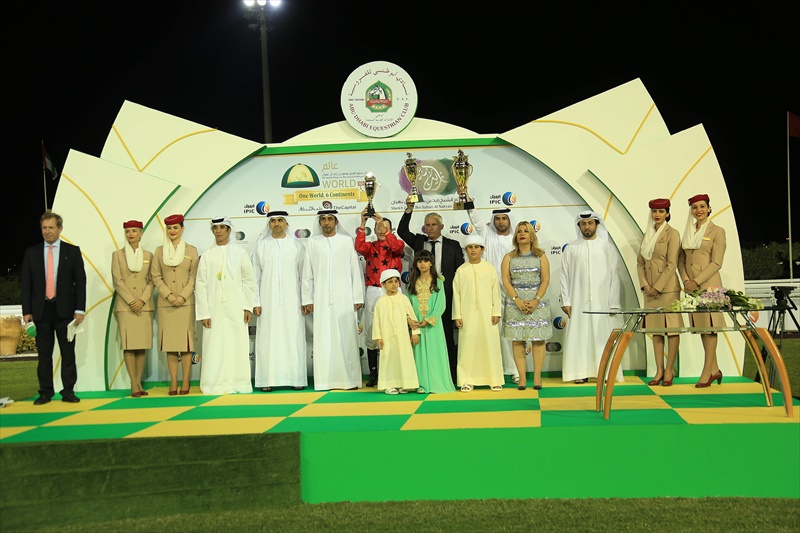 The biggest race day of the HH Sheikh Mansoor Bin Zayed Al Nahyan Global Arabian Horse Flat Racing Festival’s annual calendar has arrived. With the ‘One World, Six Continents- Abu Dhabi the capital’ meeting having been deservedly moved to a Friday, the Abu Dhabi Equestrian Club’s racecourse is expecting a record crowd on Friday, November 10, 2017 as some of the world’s top Purebred Arabian horses will be seen in action.

Last year’s winner RB Burn is back in contention for the Euros 1.2 million Sheikh Zayed Bin Sultan Al Nahyan Cup Crown Jewel (Group 1) which is the world’s richest Purebred Arabian race. However the Eric Lemartinel–trained 5-year-old under French jockey Gerald Avranche will face a stiff challenge from a handful of serious contenders.

Muraaqib, Faucon Du Loup, Sniper Du Monlau, Shateh, US raiders Paddys Day and Quick And Rich and the two mares-Mahbooba and RB Madymoiselle along with two 4-year-olds in Rmmas and Ahzar, all come in with great credentials and will be eyeing a slice of the Euros 1.2 million on offer.

The Group 1 turf contested has attracted a full field of 16 runners and will round off the night’s racing which will also feature two world championships and a pony race.

HH Sheikha Fatima Bint Mubarak Ladies World Championship (IFAHR) will feature 14 lady jockeys from all over the globe and they chase the world champion title in this 1600-metre Prestige race with a prize fund of Dirhams 200,000. 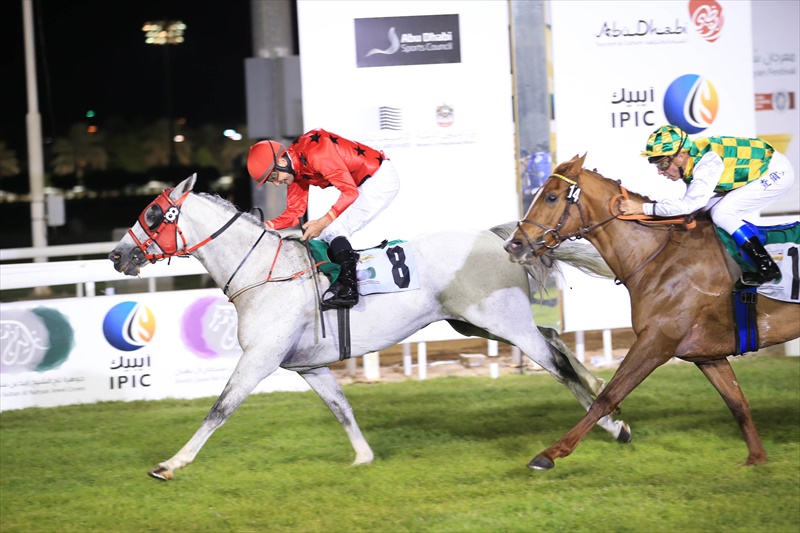 Prior to the ladies championship the HH Sheikha Fatima Bint Mubarak Apprentice Jockey Championship (IFAHR) final will be run over 1600 metres, a Prestige race with a prize fund of Dirhams 150,000.

“Each of the young jockeys in the Pony race will be allotted one professional jockey who will be their mentor for this race. Next year this will become a global race series,” said Ms. Lara Sawaya, Executive Director of the HH Sheikh Mansoor Bin Zayed Al Nahyan Global Arabian Horse Flat Racing Festival, General Manager of Wathba Stallions, Chairperson of the Int’l Federation of Horse Racing Academies (IFHRA) and Chairperson of Ladies & Apprentice Racing Committees in the International Federation of Arabian Horse Racing Authorities (IFAHR).

Commenting on Friday’s big race meeting, Ms. Sawaya said, “We only have to thank His Highness Sheikh Mansoor Bin Zayed Al Nahyan, Deputy Prime Minister of the UAE and Minister of Presidential Affairs and Her Highness Sheikha Fatima Bint Mubarak, Chairwoman of the General Women’s Union, Supreme President of the Family Development Foundation (FDF) and Head of the Supreme Council for Motherhood and Childhood for all the success and progress of Arabian racing over the last ten years.”

“Apart from the above four races, Friday’s meeting will also have the Wathba Stallions race and the UAE Martyrs Cup- all five races for Purebred Arabian horses-and one UAE Martyrs Cup for thoroughbreds, she added. 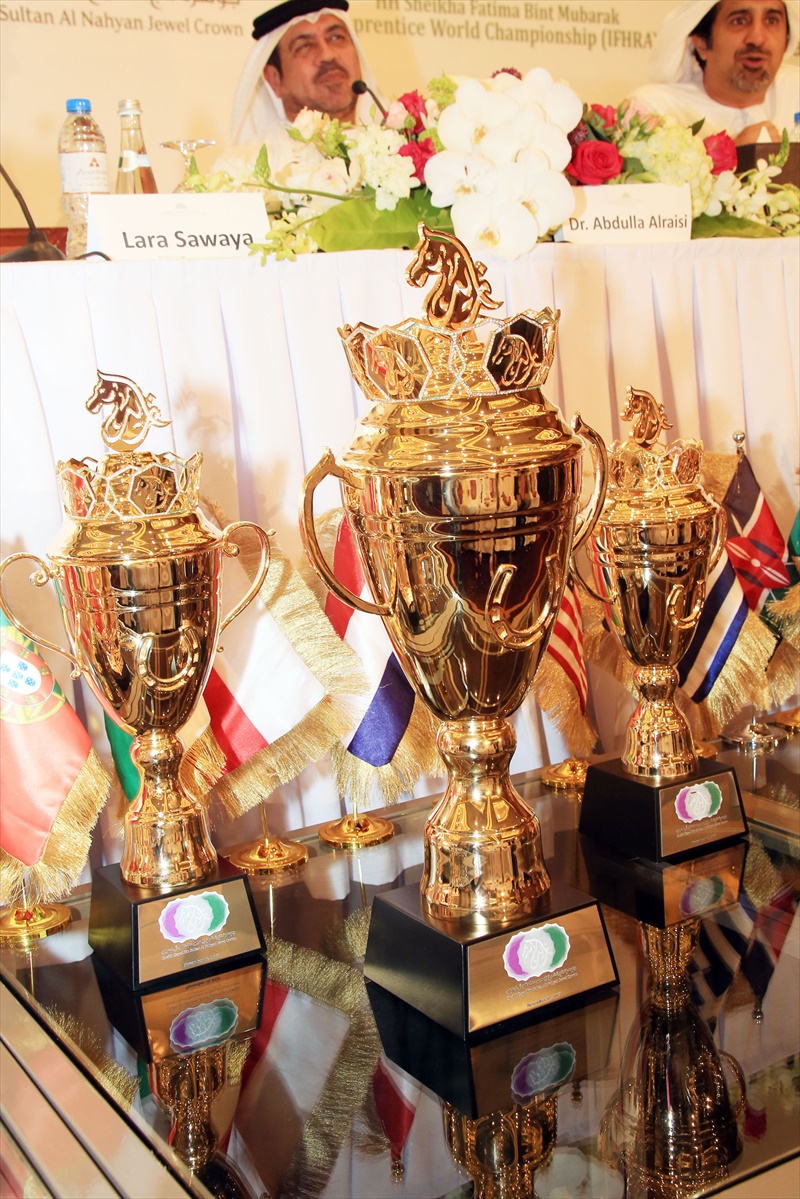 “On Thursday the Festival held the HH Sheikha Fatima Bint Mubarak IFHRA Conference For Training and Education Abu Dhabi 2017 at the National Archives while on Saturday, November 11 there will be a IFHRA Apprentice Jockeys Workshop at the Anantara Eastern Mangroves Hotel and also the Al Challenge Endurance ride at the Emirates International Endurance Village. The same night the Festival will host the 10th Anniversary Gala Dinner at the Emirates Palace Hotel and on Sunday, November 12 the 800-plus guests from 88 countries will visit the Louvre Abu Dhabi,” Ms. Sawaya stated.