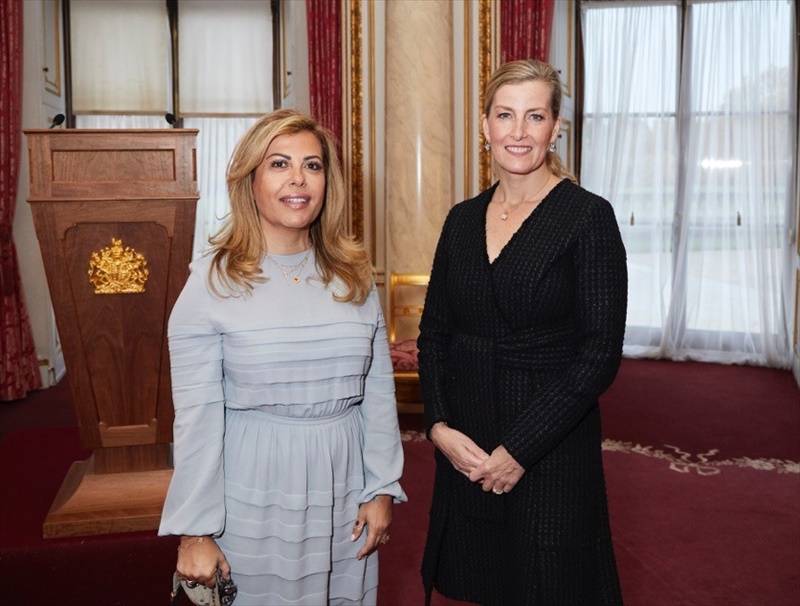 As category sponsors of the prestigious Women of the Future Awards, which takes place at London’s Hilton Park Lane Hotel on Wednesday, 15 November 2017, the event welcomed Lara Sawaya together with VIP guests, sponsors and dignitaries of the Awards to the Bow Room, an exclusive State Room at the Palace used for entertaining private audiences of The Queen and British Royals.

Thanks to the Festival’s involvement in the Women of the Future Awards this will be the second consecutive year horseracing has achieved representation in the Sport category shortlist, with Professional National Hunt and Flat jockey Alice Mills qualifying for selection in 2016, and Amateur National Hunt and Flat jockey Page Fuller in the running to receive this year’s award.

Ms. Lara Sawaya commented, “It was a special moment for the Festival to be received at Buckingham Palace by Her Royal Highness and commended for the work of HH Sheikh Mansoor Bin Zayed Al Nahyan, Deputy Prime Minister of the UAE and Minister of Presidential Affairs and Her Highness Sheikha Fatima Bint Mubarak, Chairwoman of the General Women’s Union, Supreme President of the Family Development Foundation (FDF) and Head of the Supreme Council for Motherhood and Childhood.”

“The Festival’s sponsorship of the Women of the Future Sport Award is reflective of the collective dedication of HH Sheikh Mansoor and HH Sheikha Fatima to support women of all ages and backgrounds, not only in horseracing but across all sports. We wish Page Fuller the best of luck tomorrow and would like to congratulate our first HH Sheikha Lateefa Bint Mansoor Bin Zayed Al Nahyan International Pony Race Champion, Mia Ann Nicholls, for her great victory in Abu Dhabi last week,” Ms. Sawaya said.