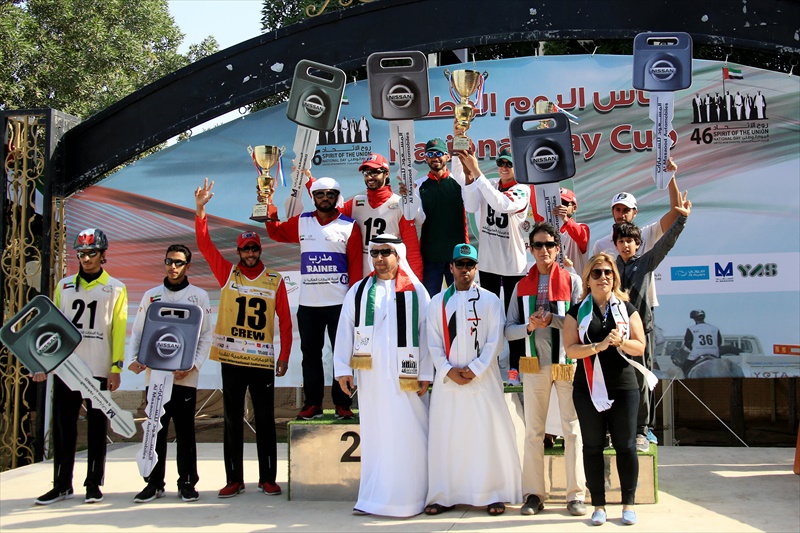 Chopita came up with a consistent performance to stave off a strong set of UAE riders who took eight of the 10 spots in the 120-km ride which was run in four stages.

Hitting the front early, Chopita and Tehama Souveign, took the lead after the second stage and from there on did not look back to win in 4hrs 16mins 57secs at an average speed of 28.02 kmph.

All the top six riders won a 4X4WD car each and were among the 33 who completed the ride from the 156 starters.

All the guests greeted the UAE leaders as the UAE marked National Day.