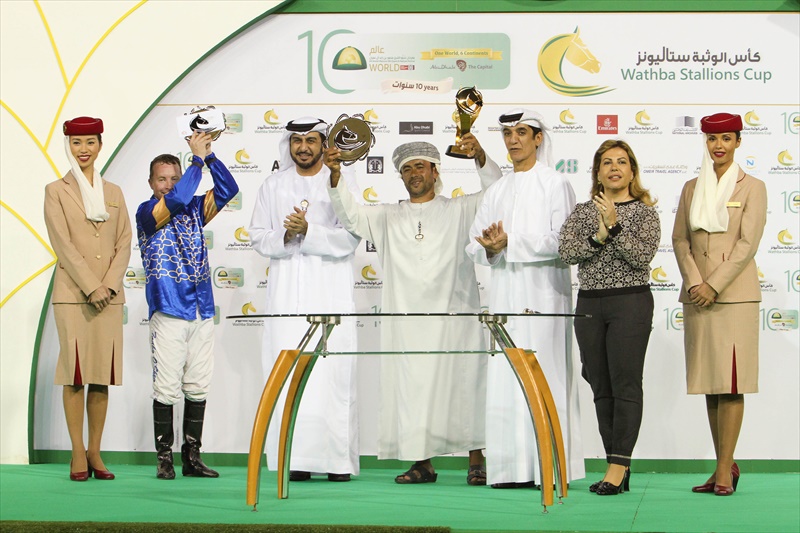 O’Shea, who won Al Ain’s Wathba Stallions Cup race on Friday with AF Sanad, registered a smooth victory on BF Mughader in the 2200 metre handicap in the UAE capital on Sunday.

Victorious once in his native Oman, BF Mughader was opening his local account at the third attempt having been second, then third, on his previous two, both at Abu Dhabi.

Saddled by Ibrahim Al Hadhrami, he was always travelling supremely well for O’Shea who followed Pat Cosgrave and Shivan OA through before sweeping past with about 200m left to run. MH Tawag under Gerald Avranche ran into second place pushing Shivan OA to third in the Dh 80,000 race.

“It has been a good evening,” said a beaming O’Shea who recorded three wins in the meeting. “We were drawn out in 14 but I was able to get across and into a nice position after which everything went pretty smoothly.

“I thought Pat’s horse was a big danger so was happy to stalk him and they took me nicely into the race after which my fellow picked up well to win in a bit of style.” 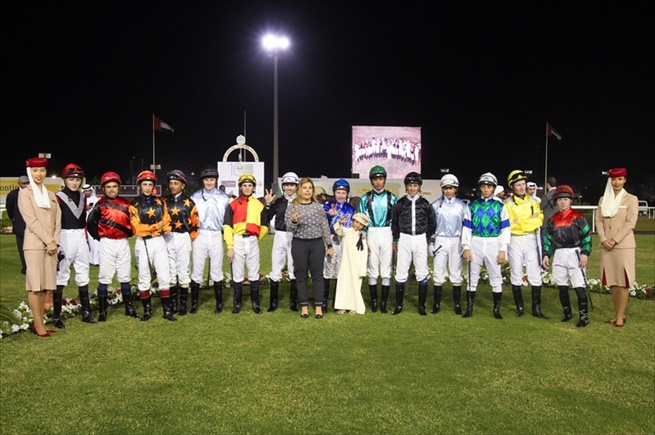 With seven winners over the weekend, having partnered one at Meydan and another treble at Al Ain, O’Shea has joined Pat Cosgrave on 15 at the top of the jockeys’ championship. 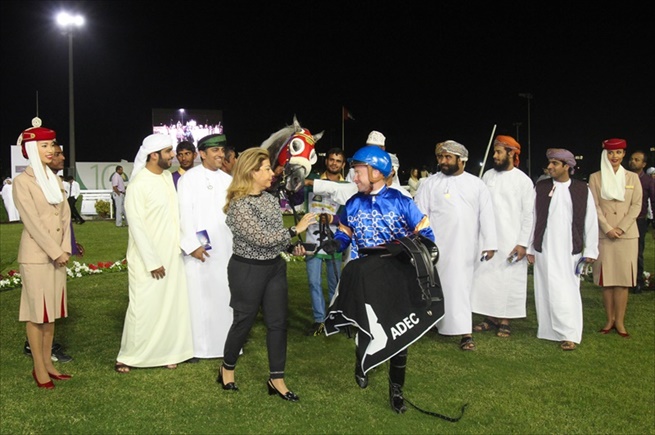 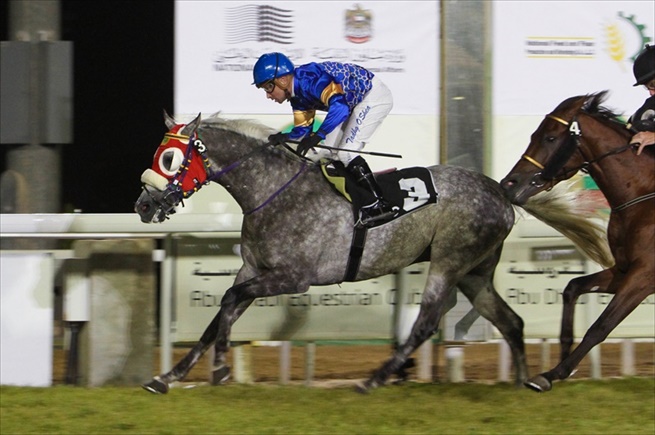