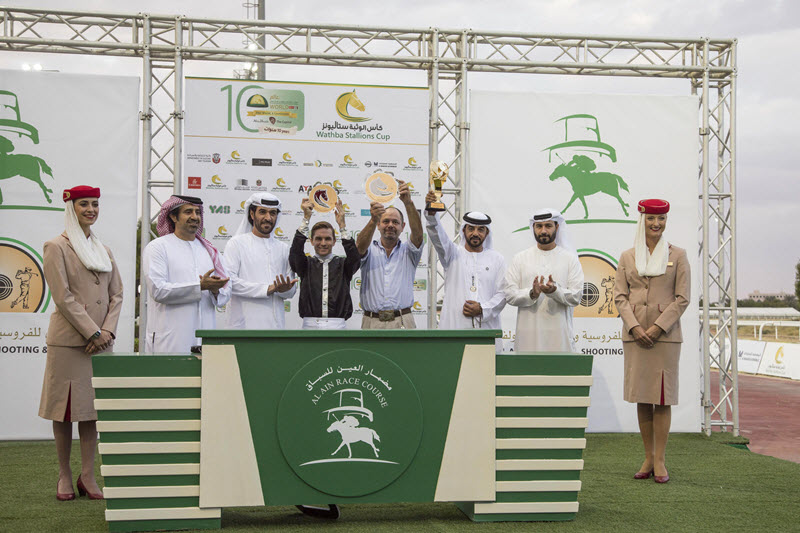 Trained by Ernst Oertel, AF Al Mehleb finally opened his account in his tenth attempt. Homebred by Champion Owner, Khalid Khalifa Al Naboodah, he and Mullen were never far off the pace and, once the pair hit the way halfway up the long straight, they never looked like being denied.

“I was actually quite hopeful coming into the race which perhaps did not look the strongest,” said Mullen. “They gelded this horse having not shown much last season and his comeback last Sunday was a good one so I hoped he could build on that and he has. We actually travelled pretty well throughout the race and he has stayed this trip well and stamina is probably his forte.”

Faisal Al Rahmani, IFAHR chief and head of Al Ain racing and other officials gave away the trophies to the winning connections. 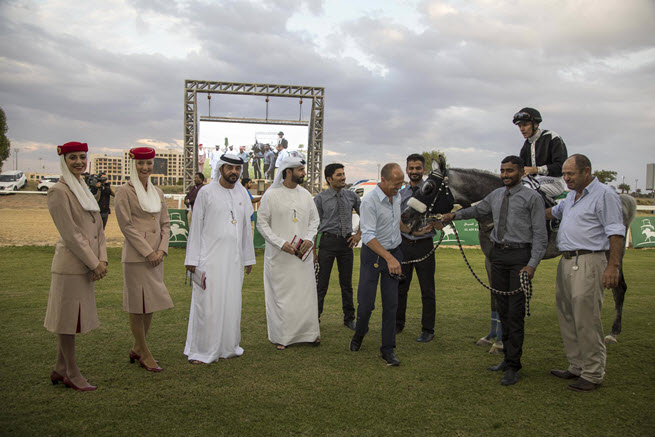 The meeting was highlighted by Round 1 of the Al Ain Marathon Series, a handicap over 2600m and which produced a titanic battle between Ajjaj, owned by HH Sheikh Mansoor Bin Zayed Al Nahyan, Deputy PM of the UAE and Minister of Presidential Affairs and Shamikh Al Wathba who had the race between themselves throughout the final 200m.

The former, who was under pressure a long way out under Mullen, just as he had been when winning on this course over 1800m eight days ago, hit the front early in the long straight and soon had most of their seven rivals in trouble.

The main exception was Shamikh Al Wathba who appeared to be travelling much the better under Antonio Fresu and the pair hit the front with just 100m left to run. That produced a telling response from Ajjaj who fought back to regain the initiative and was probably extending the regained lead as they crossed the line for a hard fought victory.

For the winner, it was a third career victory, all at Al Ain having also won a 1400m course maiden in March 2015. Winning trainer, Saifaldin Deeb said: “We were quite hopeful coming here as we thought the longer trip would suit him. He looked in trouble for a moment when passed but has then fought back well and won nicely.”

Mullen, sporting the green and yellow silks of HH Sheikh Mansoor, added: “I had to get after him quite a long way out but then he took me to the front nicely. He was probably just getting lonely in front because when the second went past he really fought back well. On this evidence, and that from last week he is going to stay further. He seems to be improving, especially as he steps up in distance.” 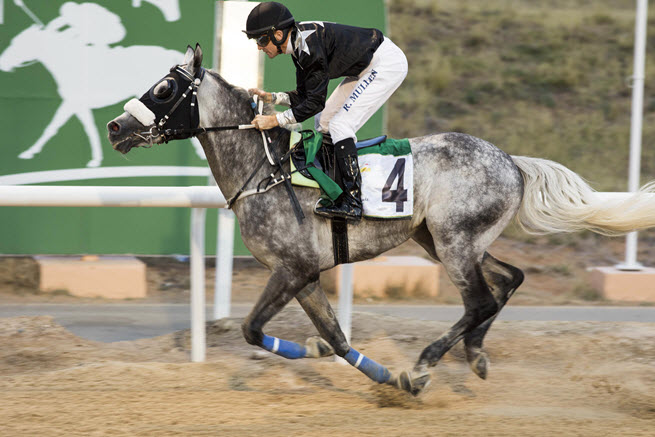