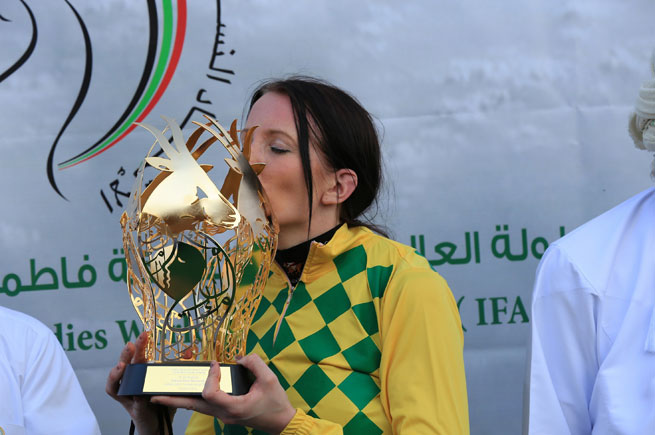 For the second year in a row it was a Swedish lady jockey who has got the HH Sheikh Mansoor Bin Zayed Al Nahyan Global Arabian Horse Flat Racing Festival’s HH Sheikha Fatima Bint Mubarak Ladies World Championship (IFAHR) race series off to a great start.

Sweden’s Josefin Landgren had won last year’s opening race of the Festival in Oman and this time it was Jhannah Stolt who won on Graffiti BVF to become the first qualifier to the HH Sheikha Fatima Bint Mubarak Ladies World Championship (IFAHR) final which will be contested in Abu Dhabi in November. The 29-year-old Stolt, who finished second to Irish lady jockey Evanna McCutcheon in 2014, went one better in Friday’s 1600-metre race at the Al Rahba Racecourse in Muscat.

Ten lady jockeys took off to kick-start the 2016 calendar of events of the Festival which is being held under the patronage of HH Sheikh Mansoor Bin Zayed Al Nahyan, UAE Deputy Prime Minister and Minister of Presidential Affairs and with support from Her Highness Sheikha Fatima Bint Mubarak, Chairwoman of the General Women’s Union, Supreme President of the Family Development Foundation (FDF) and Head of the Supreme Council for Motherhood and Childhood.

It was Hungarian Rebecca Gonzci on Al Minari who led for most part of the race but in the final furlong Stolt, riding 7-year-old Graffiti, made the move to collar the leader and win for trainer Khalifa Bin Hamad and proud owner Abdullah Bin Muslim Rasbi.

The winner of the richest race for lady jockeys with a total prize fund of Euros 30,000 completed the 1600-metres in a time of 1:55:34 and minutes with Gonzci on Al Minari in second place and French challenger Melanie Plat on Ghazi in third place.

“I am so happy to win and to give my Sweden a second win in a row here in Oman. The trainer asked me to stay close to the leading pack and I just did that and in the final stage my horse responded very well,” said Stolt.

“In 2014 I came second but today I was on a date with luck and I’m happy to qualify for the World Championship final in Abu Dhabi. This is the dream of every jockey participating in this world championship series,” she added.

HE Hamad Sultan Saif Al Suwaidi- UAE Ambassador to Oman hailed the success of the race and said such events further bolster the brotherly ties with Oman. “The Festival is doing a great job of promoting our heritage sport all over the globe and I thank the UAE leaders for their support.” Ms Sawaya thanked the UAE Embassy and its staff and the Oman racing organization for all the hospitality while staging the Festival’s race.

“The detailed calendar of events of the HH Sheikh Mansoor Bin Zayed Al Nahyan Global Arabian Horse Flat Racing Festival will be announced during the General Assembly meeting of the International Federation of Horse Racing Academies (IFHRA) in Abu Dhabi next month,” she said. 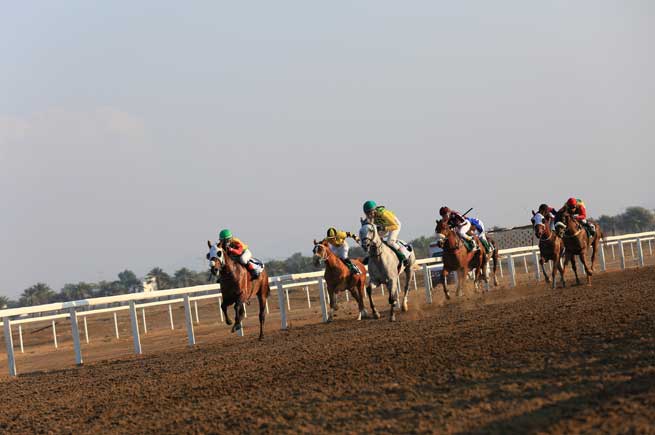 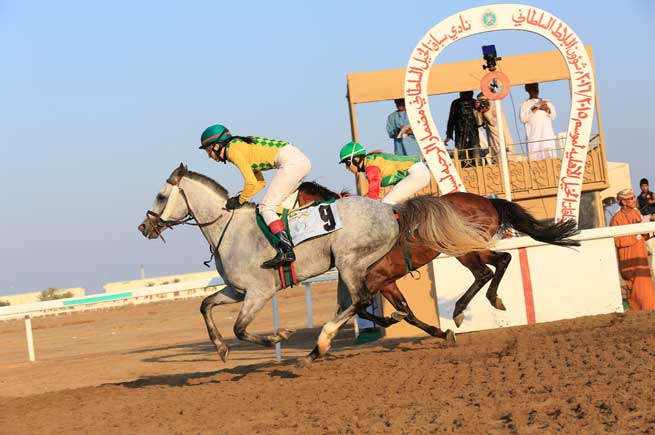 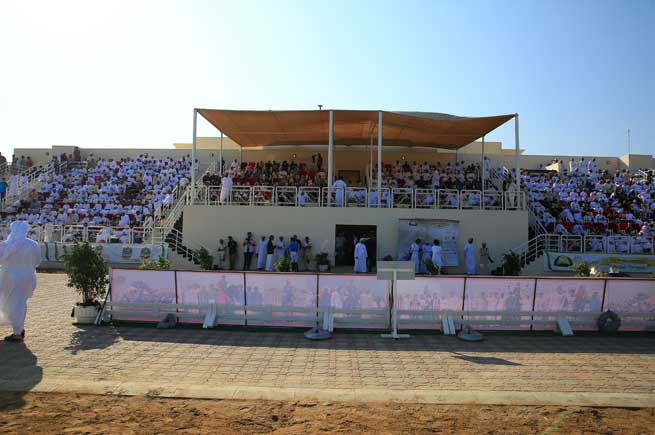 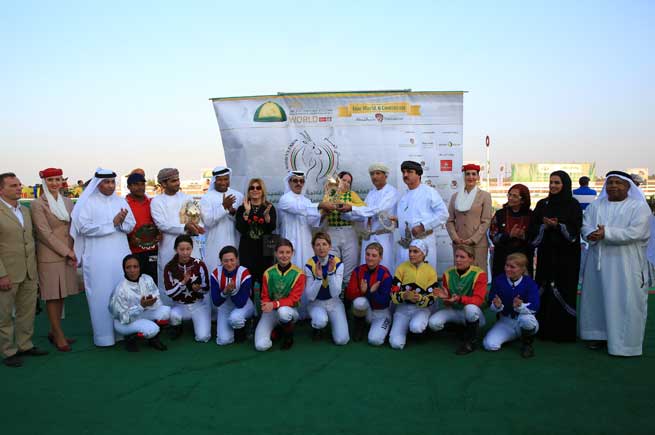