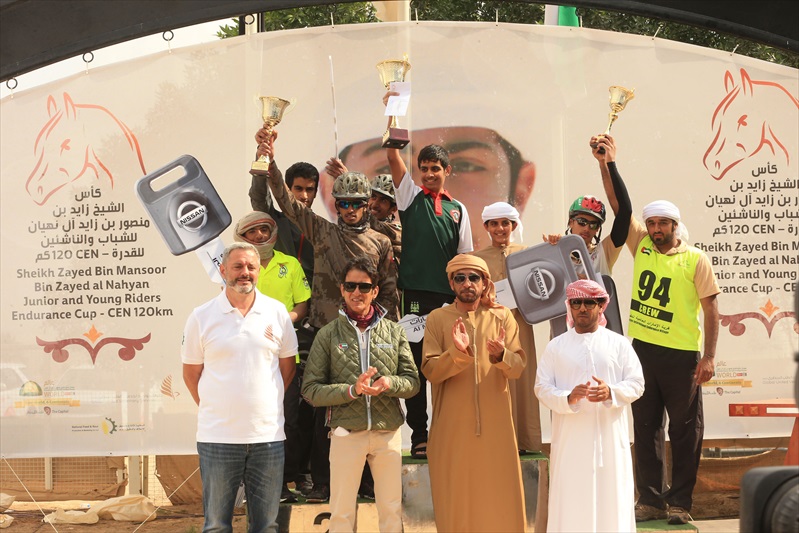 Al Neyadi turned in a consistent display and was always in the top five through the four stage ride and clocked 4 hours 39 minutes and 01 seconds for the 120-km distance. The young winner hails from the Al Wathba 2 Stables and the winning horse is trained by Rachid Ahansal.

Mohammed Matar Al Mazrooei on Kitima Bismarck was second almost seven minutes behind the winner while Mansoor Salman Hassan Al Sabri on Tam finished third. While Al Mazrooei was in 8th place before the final 20-km loop, Al Sabri was 10th and both did very well to move away and finish in that order.

“The young riders showed a lot of promise and skill while also displaying a competitive spirit. Eight UAE lads finished in the top ten while the other two were Indian riders,” he added.

Adnan Sultan Al Nuaimi along with Mussalem Salem Al Amri and other representatives of sponsors took part in the prize distribution of the ride which was held under the banner of HH Sheikh Mansoor Bin Zayed Al Nahyan Global Arabian Horse Flat Racing Festival.

A total of 55 riders took part in the ride with 18 of them completing the 120-km event.