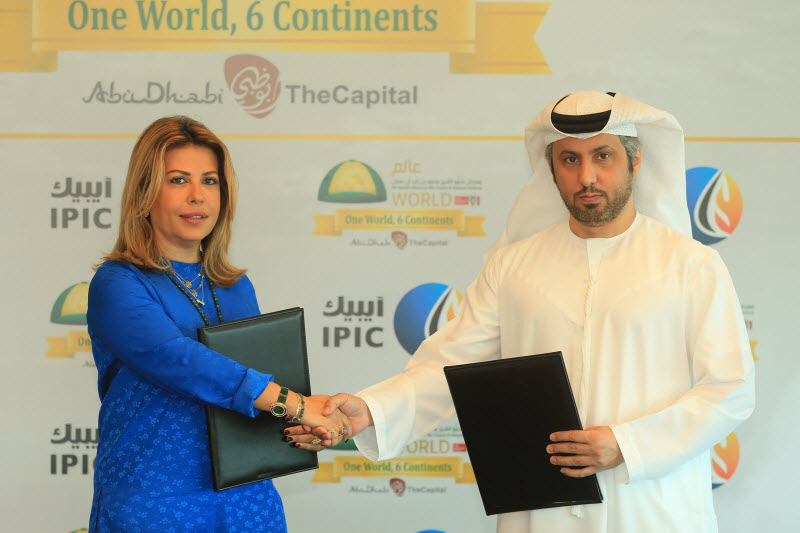 HH Sheikh Mansoor Bin Zayed Al Nahyan Global Arabian Horse Flat Racing Festival received a huge boost after the International Petroleum Investments Company (IPIC) signed a sponsorship agreement with the under which IPIC becomes a strategic partner of the Festival’s events which are staged around the globe.

HE Suhail Bin Mohammed Faraj Faris Al Mazrouei, IPIC MD commented: “IPIC is a strong supporter of the UAE traditions and culture. The Arabian horse is an integral part of our culture and Arabian races have a long history in the UAE. The HH Sheikh Mansoor Bin Zayed Al Nahyan Global Arabian Horse Flat Racing Festival is unique at the international level in maintaining and preserving the heritage and traditional sports as well as looking after the equine sport to promote the Arabian horse worldwide.”

Ms Sawaya said: “The Festival is honoured and proud that IPIC has become its strategic partner as it has been looking forward for more distinction to present the bright image of the Arabian horse around the world, while ensuring that Abu Dhabi shall remain The Capital of the Arabian races by hosting the world’s richest Arabian horse race, the Euro1.2m Sheikh Zayed Bin Sultan Al Nahyan Crown Jewel(Group 1).

“The strategic partnership with IPIC is added value which will contribute heavily in enriching the activities after the Festival has achieved its targets under the vision and directives of HH Sheikh Mansoor Bin Zayed Al Nahyan, UAE Deputy Prime Minister and Minister of Presidential Affairs.”

Meanwhile, Sawaya said that a Press Conference will be held on February 11 to reveal the international fixtures and activities of the 8th edition for the year 2016. 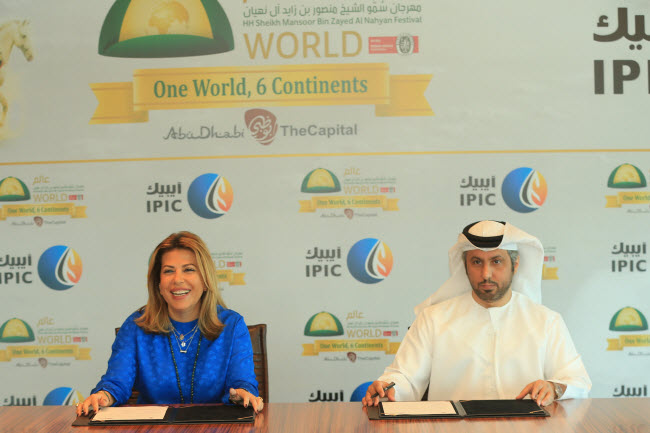 Dubai- Big N Rich, landed the ninth edition of The Wathba Stud Farm Cup at the Ghlin Racecourse in Belgium