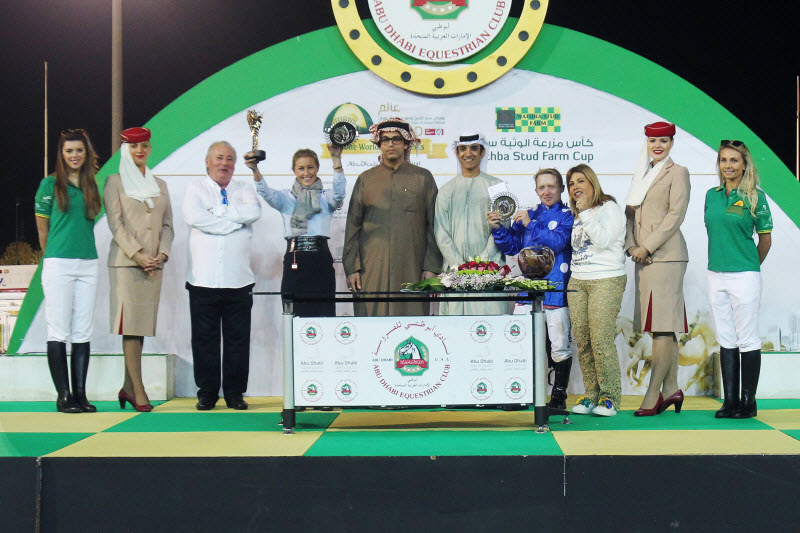 Trained by Veronika Aske, Latifa Princess led with about 300 metres left and staved off a brave challenge by Huyam under Hector Crouch while Richard Mullen steered Af Ashras to third in the 12-horse race. Only a neck separated the winner and Huyam and Af Ashras also finished a neck behind in what was a closely contested race.

Aske, previously assistant at Al Asayl Stables, has now registered three wins in her first season, all supplied by Latifa Princess and Dubai-based jockey Hitchcott, with the other two having been achieved at Al Ain.

“It is my first winner here in Abu Dhabi, so I am delighted,” said Aske. “She will go for a race at Al Ain in three weeks which will probably be her last run of the campaign.”

The Samri-trained Shateh, having his first outing since December 2014, flew out of the gates under reigning Qatar champion jockey Harry Bentley and the pair were never headed, always holding the challenge of stable companion, Sha’Red, seeking a third consecutive win in the race and sixth in six years owner HH Sheikh Mansoor bin Zayed Al Nahyan.

Sheikh Mansoor had to settle for second this time but was unlikely to be too disappointed; the winner carries the colours of his son, Sheikh Hamdan Bin Mansour Al Nahyan. Remarkably, the fledgling owner is yet to see his silks defeated; his only other horse, to date, Areem, having won both his outings this season.

“That was a good training performance as this horse had been off for over 400 days,” said Bentley. “He has a lot of natural speed so we were able to get to the front and then I managed to get a bit of a breather into him on the turn.

“He then quickened nicely and was always holding on. There are not many of these 1000 metres races sadly but he stays 1600 well and is a really nice horse.” 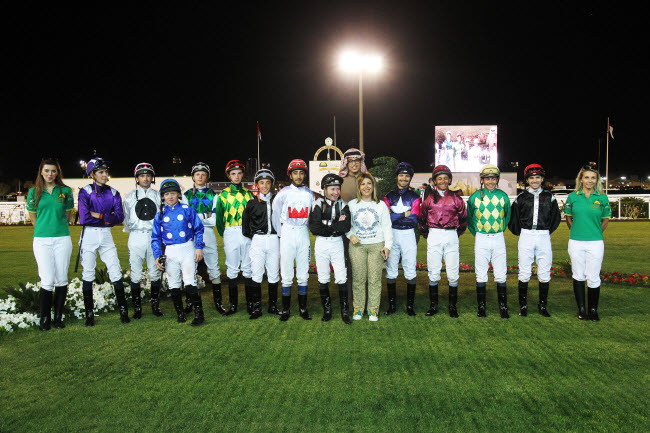