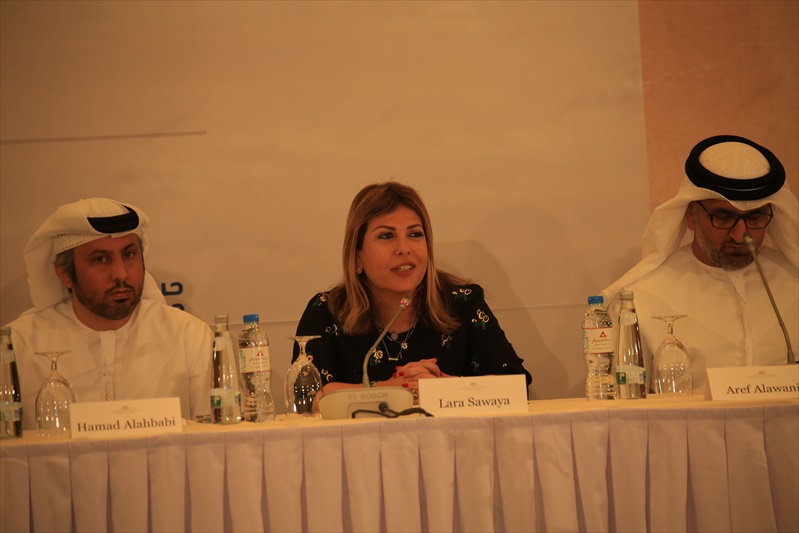 “The Sheikh Zayed Bin Sultan Al Nahyan Crown Jewel-IPIC race will be held on November 6, 2016 and all the Festival’s events are held under the directives of HH Sheikh Mansoor Bin Zayed Al Nahyan, UAE Deputy Prime Minister and Minister of Presidential Affairs,” she said.

“We have already started the international racing with races in Oman and Australia while last week’s Sheikh Zayed Bin Sultan Al Nahyan Listed Cup to be run on the St Moritz ice track in Switzerland was put off due to weather and will be run on February 21,’ Ms Sawaya said.

“While the Festival’s flat-racing will visit new racing venues in Beirut, Lebanon and Rome, Italy, the Darley Awards Stakes at Santa Anita in the US with prize -money of US$100,000 will carry the name of HH Sheikha Fatima Bint Mubarak, Supreme Chairwoman of the Family Development Foundation, Chairwoman of General Women’s Union and Chairwoman of Motherhood, Childhood Supreme Council,” she said.

Ms Sawaya also stated that the festival will sponsor Arabian Horse Beauty Shows in the name of Sheikh Zayed Bin Zayed Al Nahyan exclusively in Abu Dhabi, Fujairah and Lebanon with the support of National Feed.

“We will be racing for the first time in Capannelle, Rome while Beirut in Lebanon will be one of the venues for the Sheikh Zayed series. The race-day in Duindigt will be in tribute to late W.J de Ruiter, the Arabian racing chief in The Netherands who has passed away recently.

“The Festival will also visit the Gold Coast for the first time, three races including the first listed Arabian race in Australia,” she said.

“We have reduced races in some countries and added new countries. We have added new prizes after separating the professionals from the amateurs in the HH Sheikha Fatima Ladies race series and there will be a prize for the apprentice ladies also.”

This year’s World Arabian Horse Racing Conference will be in Italy at the Royal Astoria from May 25 onwards.

Aref Al Awani, Secretary General of Abu Dhabi Sports Council and all other officials and sponsors representatives thanked HH Sheikh Mansoor and HH Sheikha Fatima while Esam Abdulla of the Emirates Arabian Horse Society said there are 15,000 Purebred Arabian horses registered in the UAE and all this is due to the support of HH Sheikh Mansoor and the Festival. 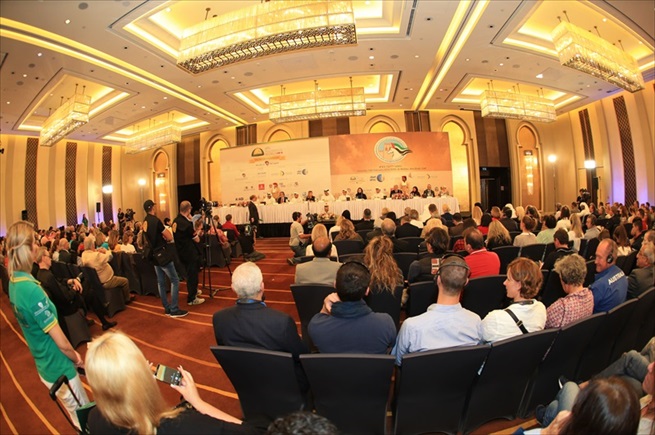