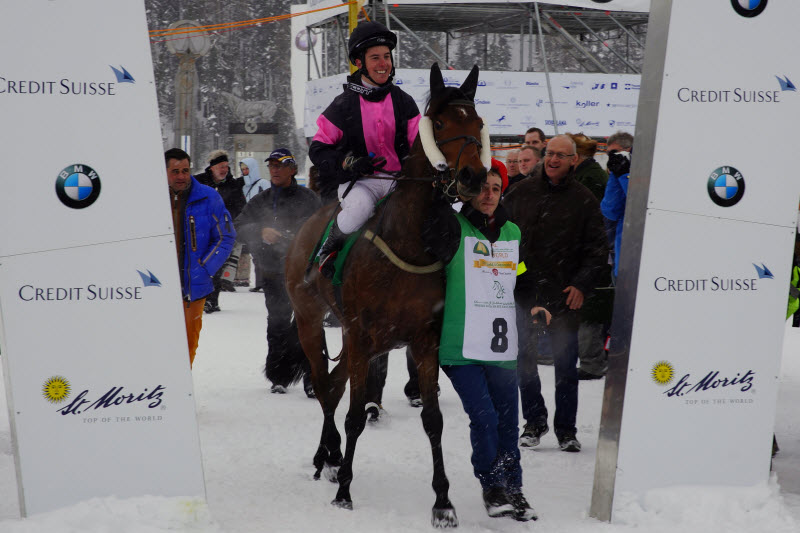 For once the Del Sol pair of runners had to take a back seat as Nil Kamla made the most of the conditions to win the HH Sheikh Mansoor Bin Zayed Al Nahyan Global Arabian Horse Flat Racing Festival’s Sheikh Zayed Bin Sultan Al Nahyan Cup race on the snow track of ST Moritz in Switzerland on Sunday.

The 1600-metre race (reduced to 800 metres) with a prize fund of nearly 40,000 Swiss Francs was to be run on the frozen lake, amidst the snow-capped mountains of St Moritz a week earlier but due to the warm conditions the snow track was affected and postponed to February 14.

Further, following problems on the far side of the track, all the races on Sunday, 14th February had to be held on the 800m finishing straight. The drop in distance seemed to help the Swiss raider and Nil Kamla sprinted to victory.

Nil Kamla, trained by Franziska Aeschbacher and owned by her husband Urs Aeschbacher, was ridden to a stunning win by Raphael Lingg in a time of 44.90 seconds for the four-furlong race. 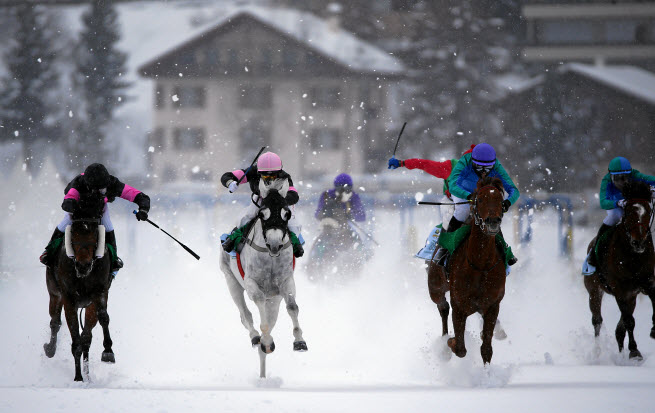 The event being part of the White Turf extravaganza which spreads over three week-ends on 7th, 14th and 21st February and is an annual affair and next week the prestigious HH Sheikha Fatima Bint Mubarak Ladies World Championship race will be run here again as part of the HH Sheikh Mansoor Bin Zayed Al Nahyan Global Arabian Horse Flat Racing Festival. 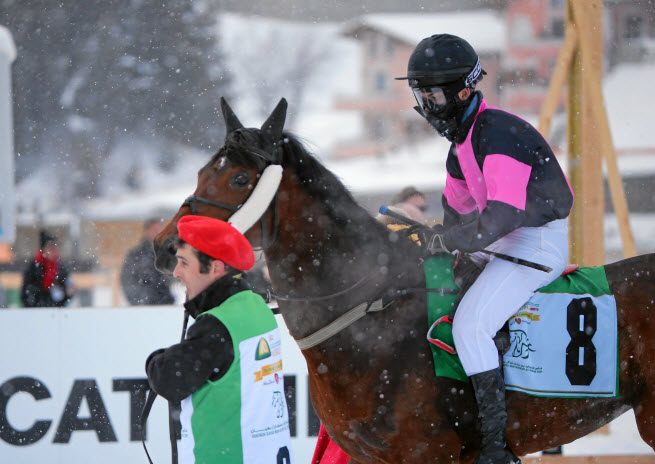