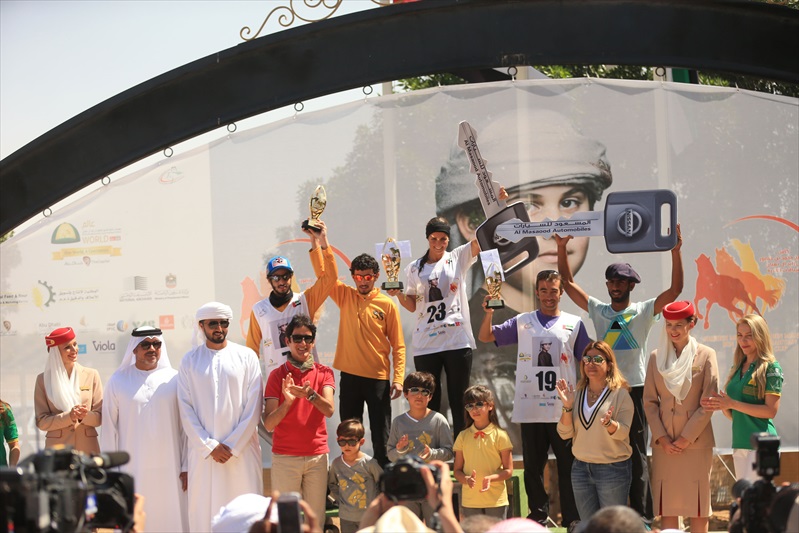 It was the UAE’s Saif Ahmed Al Mazroui on Al Qaher who led after the first two loops of 40 kms and 25 kms. At that stage, after 65kms in the 100km race, Maria Cecilia Sebben on HC Potra Perka was 8th while Jonatan Rivera Iriarte on SM Conjeque was 11th.

In the third stage of 19 kms, Sebben moved into the top position pushing the UAE rider to second while the ever-improving Iriarte was in fourth place. Seben kept ahead to win the 100-km ride in 3hrs 39mins and 20 seconds while Saif Al Mazroui stayed on to finish second. Iriarte on SM Conjeque made it a 1-3 for Uruguay.

“I can’t believe it,” said a jubilant Sebben. “I would like to thank the owner Ali Nasser Al Yabhouni and trainer Saeed Suhail Ali Al Yabhouni for trusting me. My horse was in a very good shape and never let me down when I have asked to improve in the concluding stages. He was always going well and the weather was very helpful,” she added.

Ms Lara Sawaya added: “It was extremely a successful event from all aspects. The children were excited and this was the purpose of the race. It was a beautiful family day out. More than 107 stables took part in the race just like the successful race of HH Sheikha Fatma Bint Mansoor ride on the previous day.”

Dutch horses steal the limelight at the Hoppearten racecourse