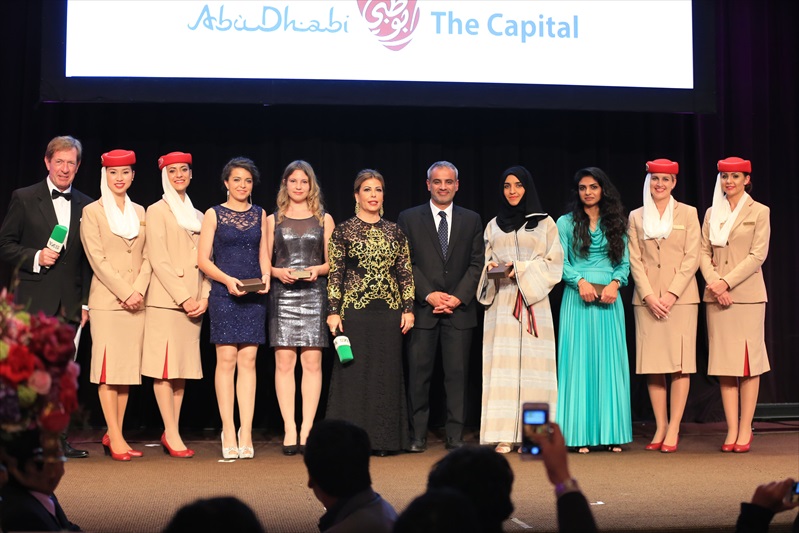 What started with a glittering HH Sheikha Fatima Bint Mubarak Darley Arabian Awards and US Darley Awards ceremony on Friday, stopped over at the Santa Anita Park for the first-ever Arabian Stakes race and then ended on Sunday with an equally spectacular show accompanied by a gala dinner and the Arabian Racing Cup Stallion Auction.

And amidst all the action, the loudest cheers of the night went to Victor Espinoza –the California-based jockey who last week won the Dubai World Cup on California Chrome! The two had in 2014 won the Kentucky Derby and Preakness Stakes and last year Espinoza rode American Pharoah to win the 2015 Kentucky Derby, the 2015 Preakness Stakes, and the 2015 Belmont Stakes for the first Triple Crown victory since Affirmed and Steve Cauthen did it back in 1978.

Ms Noura Al Suwaidi, who was not present, was honoured as the representative of the UAE’s General Women’s Union while Espinoza along with Keith Brackpool, Chairman, Santa Anita Park, Aref Alawani, Dr Nader Saab, Fadia Karam, Derek Thompson, UAE Endurance riders Shathra Al Hajaj and Nouf, the Italian ladies endurance team and many others were honoured at the gala dinner with some impressive and spell-bound performances from professional artistes.

Denise Gault, the Chief Steward of American Racing Cup, organizers of the Darley Awards felicitated her fellow stewards and then shocked everyone by announcing Michelle Morgan as the future Chief Steward.

Later a lively 2016 Cup Auction at Darleys for breedings to some of the best of Purebred Arabian Stallions was held. Owners, breeders and trainers participated in the bid for semen of some remarkable stallions like Munjiz, Mahabb, Rabah De Carrere, Grilla, Madj Al Arab, Madjani, TC Richie and the popular So Big Is Better. The auction was a fundraising programme of the Arabian Racing Cup for its breeders’ incentive fund.

Almost all the top officials hailed the support of His Highness Sheikh Mansoor Bin Zayed Al Nahyan, UAE Deputy Prime Minister and Minister of Presidential Affairs and Her Highness Sheikha Fatima Bint Mubarak, Chairwoman of the General Women’s Union, Supreme President of the Family Development Foundation (FDF) and Head of the Supreme Council for Motherhood and Childhood for their far-sighted support to the cause of Purebred Arabian racing.

The Gulf Today : Blitters Plonja races to glory in Duindigt