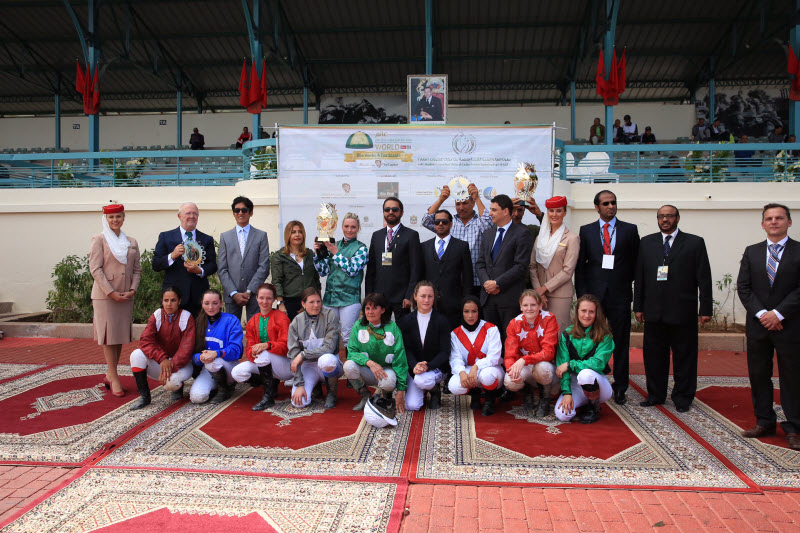 In a powerful finish, Ingrid Grard on Charmsper won the 1900-metre contest with home favourite Moroccan Bouchra Marmoul on Maysan Maamora battling to second place while further behind in third and fourth places were Australia’s professional Linda Meech on Djourman BS and Omani Azher Al Wardi on Cherguy respectively.

It was a second successive win by a French lady jockey after French professional Justin Mercier steered Yakout Al Boraq home in the 2015 running of the Ladies Championship race.

In a superb contest it was Al Wardi on Cherguy who led for most of the race but Grard on Charmsper was just off the pace along with top weight Said Dam under Austria’s Hana Jurankova.

Just before the final bend Grard brought Charmsper to the front with Al Wardi’s mount Cherguy tiring. However, the large crowd erupted in cheers as local girl Marmoul on Maysan Maamora joined the front-runners and for a while it looked like a two-horse battle. But in the final furlong the Ahmed Bentounshi –owned Charmsper had enough in reserve to power home under the French jockey.

After winning by over three lengths and in a time of 2 minutes 15.08 seconds for the 1900-metre distance, Grard said she was delighted with her success. “It was a tough race and we had to be tactically correct. Fortunately my horse showed a lot of pace when it mattered most and finished very well,” said Grard.

“This is such a great race series and I am excited that I will be in the starting line-up for the HH Sheikha Fatima Bint Mubarak Ladies World Championship (IFAHR) finale in Abu Dhabi in November,” said the winner who has been a regular participant in the series.

“This is such a great event and I thank His Highness Sheikh Mansoor Bin Zayed Al Nahyan, UAE Deputy Prime Minister and Minister of Presidential Affairs and Her Highness Sheikha Fatima Bint Mubarak, Mother of the UAE, Chairperson of the General Women’s Union, Supreme Chairperson of the Family Development Foundation and Chairwoman of the Supreme Council for Motherhood and Childhood for bring this event to Morocco,” said HE Suhail Mattar Al Ketbi.

Ms Lara Sawaya said: “Once again the great contest on the tracks by the lady jockeys shows the improvement in their racing skills and we are happy that the HH Sheikha Fatima Bint Mubarak Ladies World Championship (IFAHR) race series is providing them with a platform to showcase their skills.
“After this race we will all be working towards the World Arabian Horse Racing Conference which will be staged in the historic Italian capital city of Rome,” she said. 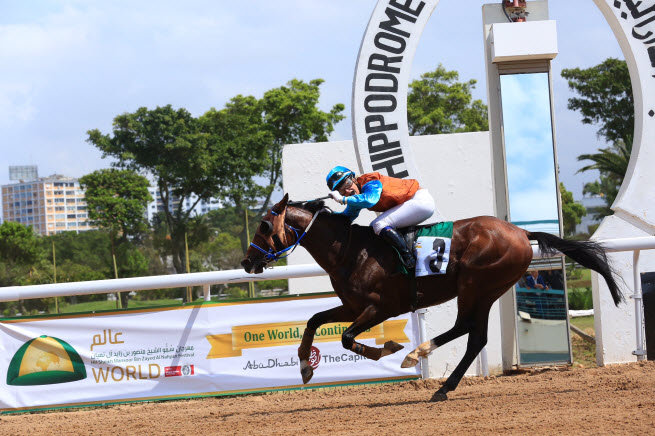